Did Shakespeare err in using Ephesus as a port setting?

Shakespeare's play The Comedy of Errors is set in the town of Ephesus, which is apparently a seaport with ships within walking distance of where the action takes place:

DROMIO OF SYRACUSE:
Master, there is a bark of Epidamnum
That stays but till her owner comes aboard,
And then, sir, she bears away. Our fraughtage, sir,
I have convey'd aboard; and I have bought
The oil, the balsamum and aqua-vitae.
The ship is in her trim; the merry wind
Blows fair from land: they stay for nought at all
But for their owner, master, and yourself.

ANTIPHOLUS OF EPHESUS:
How now! a madman! Why, thou peevish sheep,
What ship of Epidamnum stays for me?

DROMIO OF SYRACUSE:
A ship you sent me to, to hire waftage.

But the real town of Ephesus, whose spectacular ruins still exist to this day, actually lies several kilometres from the sea.

Is this one of Shakespeare's geographical errors, akin to the coast of Bohemia in The Winter's Tale? Or was Ephesus really once a seaport which now lies further from the sea, like Sandwich in Kent?

Ephesus was a port on the estuary of the River Kaystros, but silt from the river filled in the harbour during the Roman era. Stock et al. (2013) describe the geological history thus:

Situated approximately 70 km south of Izmir, Ephesus is located on the southern flank of the Küçük Menderes graben. During the last six millennia, the surroundings of the ancient city experienced major palaeogeographical changes. These were caused by the progradation of the Küçük Menderes (ancient name: Kaystros) delta and the resulting shoreline changes which fundamentally affected the development of the city of Ephesus and particular of its harbour. The advancing delta progressively silted the harbour areas. Thereafter, new harbours were built further to the west.

This paper has a map showing the progressive movement of the shoreline to the west: 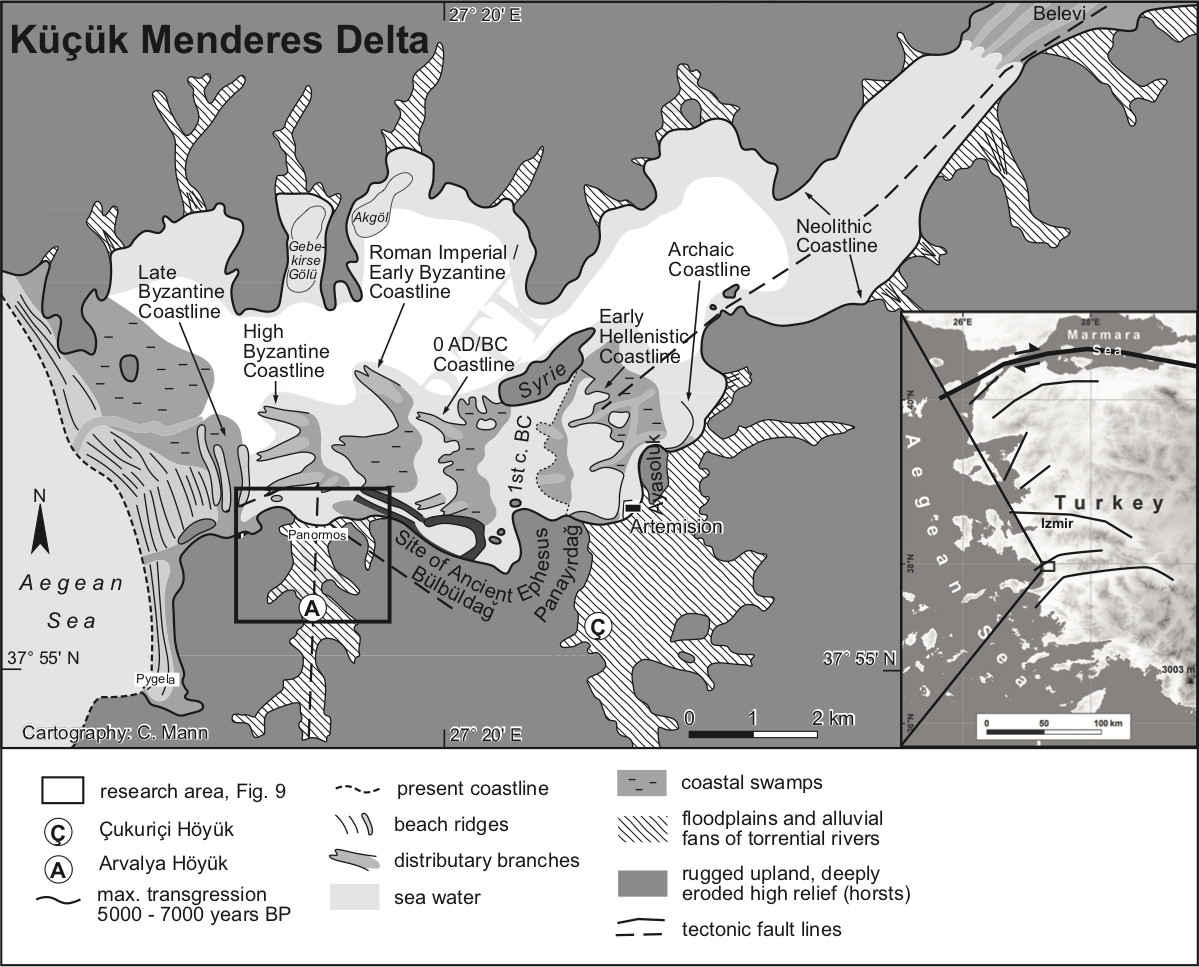 Shakespeare was of couse unaware of the geological history of Ephesus. But he knew that Ephesus was a port in the Roman era, because this is clear in the New Testament. Acts 18:21 says:

But [the Apostle Paul] bade them fare wel, ſaying, I muſt nedes kepe this feaſt that commeth, in Ieruſalem: but I will returne againe vnto you, if God wil. So he ſailed from Epheſus.

I’ve quoted this in the 1560 Geneva Bible translation, which is the version that Shakespeare was familiar with. The Geneva Bible was printed with a number of maps, including this one of the eastern Mediterranean, showing Ephesus on the Aegean shore of Asia Minor: 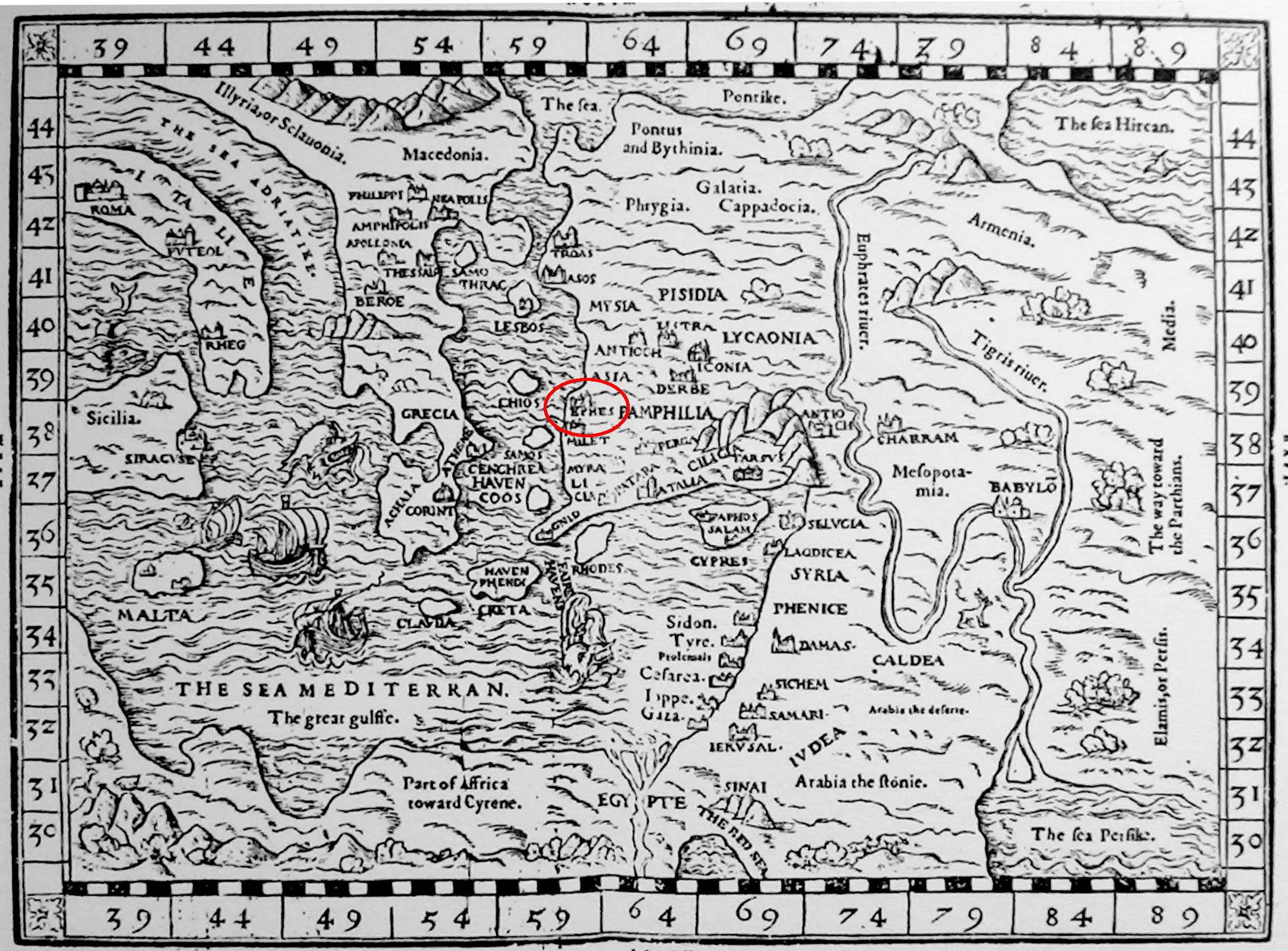 Not the answer you're looking for? Browse other questions tagged william-shakespeare setting the-comedy-of-errors or ask your own question.