Did Jonathan Swift ever sail?

In Gulliver's Travels by Jonathan Swift, Swift describes Gulliver, a ship's doctor sailing and getting ship wrecked in various locations by various means. However, he does not go into as much detail in the actual description of sailing as he does other actions.

Was this because Swift hadn't sailed much or at all?

Swift certainly had sailed before, probably many times. An easy example is from Great Britain to Ireland and back.

Swift was born in Dublin, Ireland in 1667. In 1688, he had to leave for Moor Park in England due to political troubles in Ireland. He made many visits to Ireland while living in England, mostly due to his health. He finally retired to Scotland again in 1700.

As this picture so helpfully shows, it's impossible to get from Great Britain to Ireland without the aid of a plane, jet ski or other flying or water transportation. 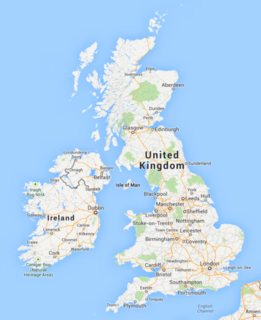 4
How do you pronounce Houyhnhnm?
5
Was Gulliver religious?
7
When did people begin to regard Gulliver's Travels as a children's book?
5
Did Swift really say, ‘Puns are disliked by none but those who can't make them’?