Is Snufkin based on Atos Wirtanen?

According to Wikipedia, the character of Snufkin in the Moomin series of children's books by Tove Jansson is based on her real-life friend Atos Wirtanen:

Tove Jansson based the character of Snufkin on her friend and one-time fiancé, Atos Wirtanen.

But neither of the above-linked Wikipedia pages includes any source for this claim.

Is Snufkin really based on Atos Wirtanen? In what aspects of him does this come across?

Yes he was. This is confirmed on the Moomin Series official website:

Snufkin was inspired by Tove Jansson herself, her brother Lars, but above all Tove’s boyfriend from the beginning of the 1940’s, Atos Wirtanen.

Jansson claimed (see page at end of answer) that Snufkin's love of nature was reflective of her own fascination with the natural world (which is evident in the artistic bohemian/fairytale-like atmosphere of the Moomin's world). However, it is reiterated that Atos and Snufkin shared the most in common.

In their shared aspects there are some both visual and metaphorical:

Snufkin reminds Atos a lot with his looks – hat and pipe were common for both of them. Also backpack describes how they were coming and going all the time. Atos’ view of free life where the material assets are unnecessary is also one of the best known traits of Snufkin.

(The syntax is a bit iffy here because the website is translated from the original Finnish!)

Here is Snufkin and Wirtanen side by side where you can see a resemblance with the coat and hat: 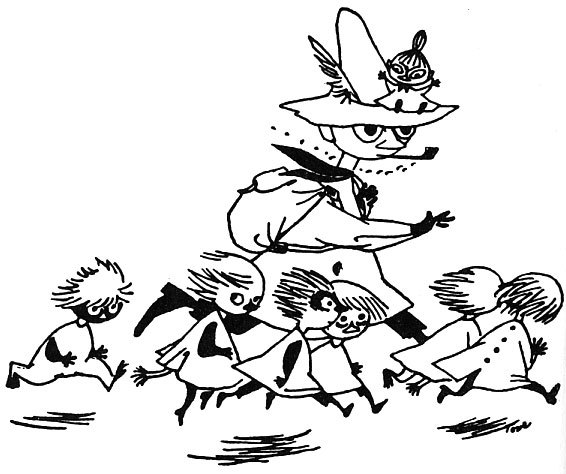 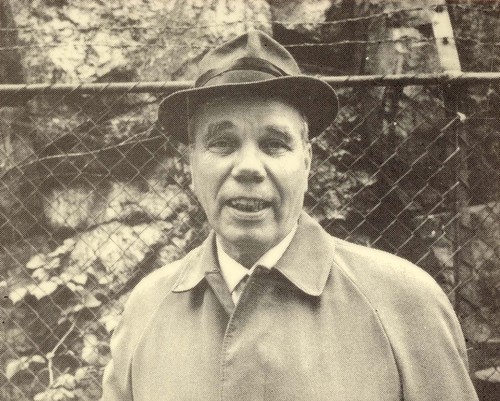 Snufkin's characteristic 'tramp' appearance was also inspired by Wirtanen as

Atos’ view of free life where the material assets are unnecessary is also one of the best known traits of Snufkin.

The website goes on to say that Moomintroll was Jansson's alter ego and so the close friendship that Moomintroll and Snufkin have with each other mirrors Jansson and Wirtanen's relationship. This page also details her characters and their inspiration and examines Wirtanen and Snufkin amongst others.

Not the answer you're looking for? Browse other questions tagged inspiration scandinavian-literature moomin-series tove-jansson or ask your own question.

15
Were R.A. Salvatore's works inspired by real world D&D campaigns?
9
The real-life inspiration for the characters of Atlas Shrugged?
11
Who was (were?) the inspiration for Carrie?
8
What evidence is there for Tolkien's One Ring being based on the Ring of Silvianus?
2
Who was the first scholar who claimed that the Ur-Hamlet was influenced by the German play Der bestrafte Brudermord?
4
What is the connection between the Bleak House in Broadstairs and the one in Dickens's novel?