Why are manga panels read differently than Japanese text?

Japanese is traditionally read in an up-to-down column, then jumps right-to-left to the next column. But all the manga I've ever seen reverse that order for panel flow, so we go from panel to panel across a row right-to-left and then jump to the next row down.

Why is the reading direction different for manga panels than for the Japanese written orthography?

There are two traditional ways of writing in Japanese - in regular writing, it often does go vertically, but it can also go right to left in regular writing, too. The vertical form of writing is called tategaki (縦書き), and the horizontal form is called yokogaki (横書き). Vertical writing is largely used in printed novels, newspapers. Horizontal writing is largely useful in contexts where words from other languages need to be embedded.

It's important to note, however, that manga does use both vertical and horizontal text. The reason why mostly comes down to available space and framing. Being able to write both directions and still be understood confers a lot of opportunity to better utilize the page. You can push descriptions in a horizontal panel to the sides, where they can be written in a vertical column, and write horizontally where appropriate in horizontal and vertical panels.

The direction of text is also a good aid to determine where you should keep reading - while only occasionally used for this purpose, it can easily serve as a guide for the reader's eye.

So, why do the panels go in the order they do?

The long and short of it is that the direction books are typically read in manga, mixed with the directions that text are read, give rise to the panel direction order. Yokogaki is read top to bottom, which leads to the vertical row-based panel reading method. Tategaki, the dominant writing method, is read right to left, which does two things to the reading order. First, it makes it so that the book's pages themselves are read from the Western "back" to "front." Second, it makes it so that the panels themselves are read right to left. 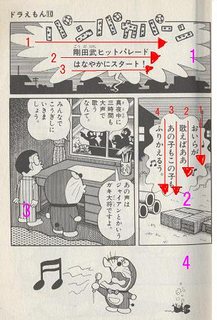 On this page, the eye tracks the left to right text in panel 1. In panel 2, the eye is now tracking vertical columns, but is doing so right to left. By the time you reach the end of the panel, you're visually adjacent to the next panel you want to read. 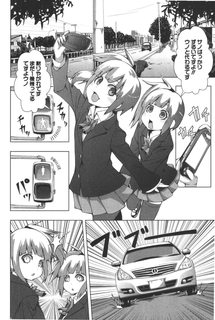 In other words, the way manga are written tends to expect you to track the writing on the page in an entirely different way. That motivates the use of right-to-left panels, because the columns of text move that direction. However, they're still read top to bottom, because both horizontal and vertical text are mixed together.

So, why does it goes right to left and then top to bottom rather than the other way around? This is likely simply because tategaki is the dominant writing method in manga and Japanese graphic novels. Because it's more common, the page layout tends to favor it, simply for ease of reading.

Not the answer you're looking for? Browse other questions tagged comics japanese-literature manga or ask your own question.

8
Why does Night say Desire and Morpheus are alike?
6
Why are Delirium's eyes of two colors?
4
Why would one call a Japanese Jew "Sosumi"?
13
Why are comic books listed under PN ("general literature"), and not under authors' respective categories in Library of Congress system?
6
Why are the magicians who captured Morpheus "rubbish"?
6
Why does Lung the Quick's tombstone read "No Unicorns in Heaven"?