Has Albert Pike's plagiarism from Robert William Mackay been described?

Background. I have made an observation, documented in detail in https://twitter.com/LGcommaI/status/1116010801784152064. [ I am the person who is writing the content of the twitter-channel @LGcommaI; this is not plagiarism of the observation. ]

Preliminary epistemological remark. Obviously, strictly speaking, such an almost-identical agreement in conjunction with Pike's book being two decades younger than Mackays merely strongly suggests that Pike plagiarized from Mackay, but does not prove it. (For vavious reasons; e.g., there remains the remote theoretical possibility that there existed a third (unnamed) source which both Pike and Mackay plagiarized from.

Description of the observation. For your convenience, I will repeat my observation here: in Albert Pike's 1871 book Morals and Dogma there is a passage of about twenty lines which occurs almost-identically on page 6 Robert William Mackay's 1850 book Progress Of The Intellect. (Documented at https://www.docdroid.net/4kKUlnt/did-albert-pike-plagiarize-from-robert-william-mackay.pdf). No mention of Mackay is made by Pike anywhere.

I think that these minor differences are all.

I would be surprised if this hasn't been published before in one-and-a-half centuries already, but (so far) I haven't found it in the secondary literature, whence my:

Question. Has this particular case of almost-identical plagiarism been described in the published literature? (I.e., not only the generality that Pike may have plagiarized occasionally here and there, but this particular instance.)

Appendix. For the sake of self-containedness, I add my side-by-side comparison of the two passages as image-files.

All in one picture: 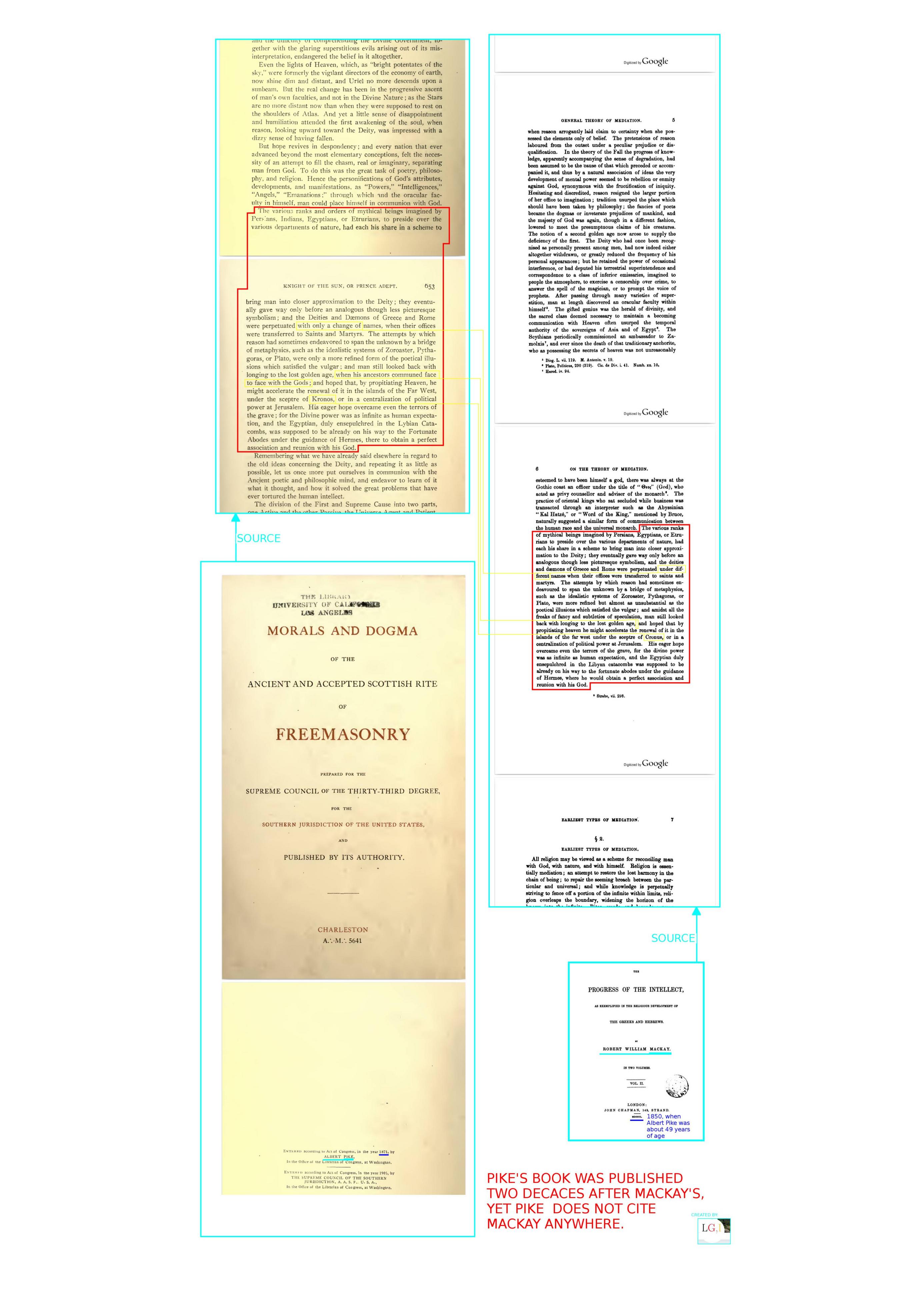 Part of the same image split into several images: 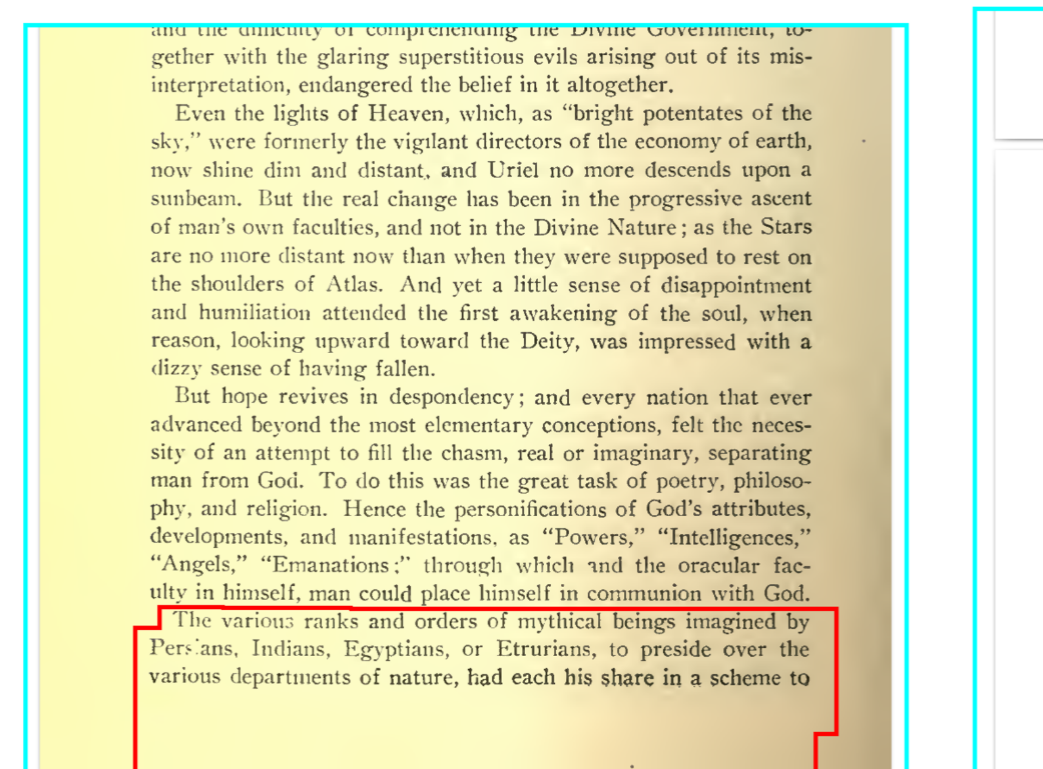 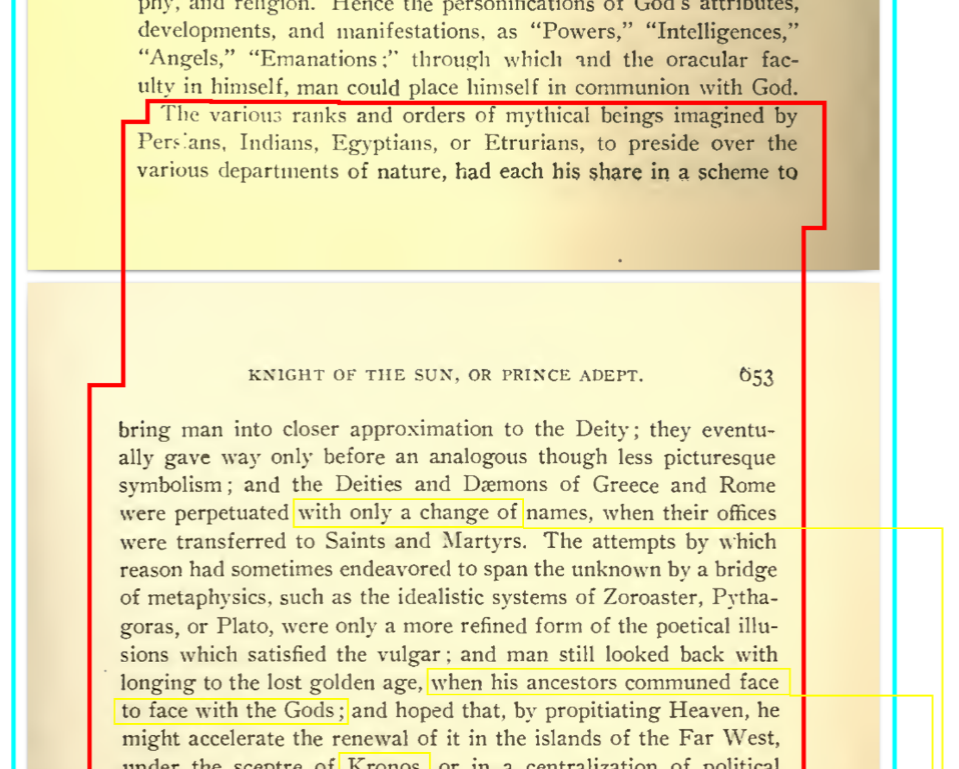 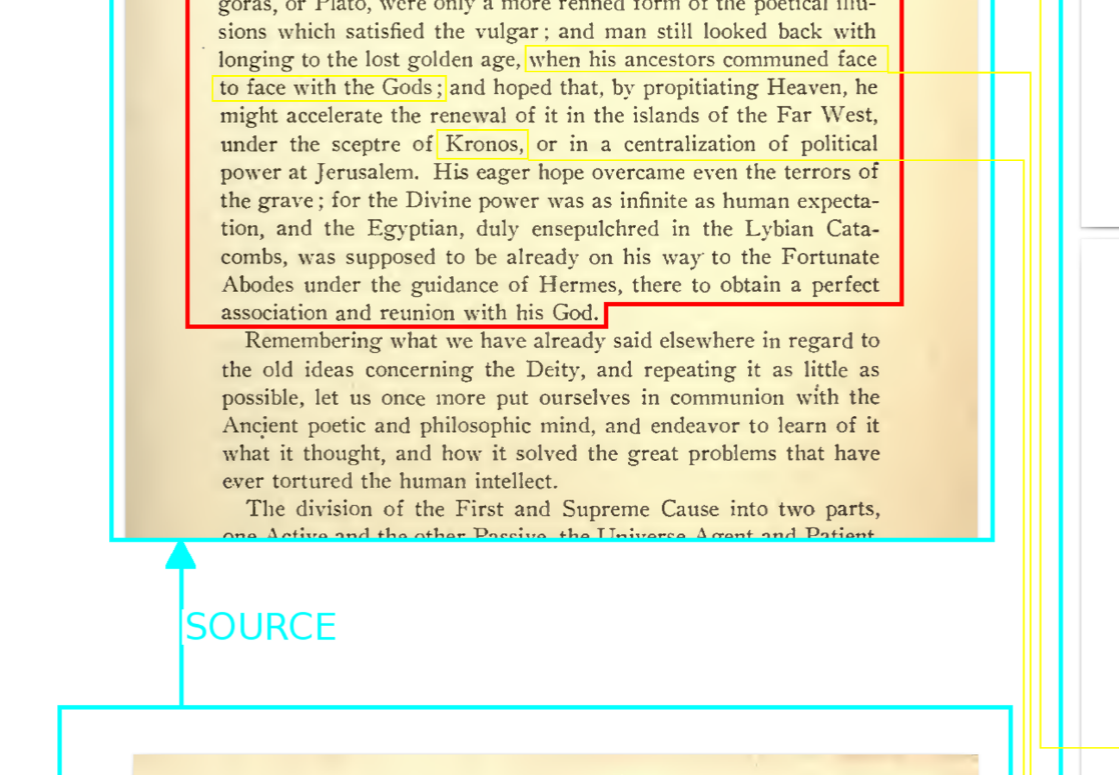 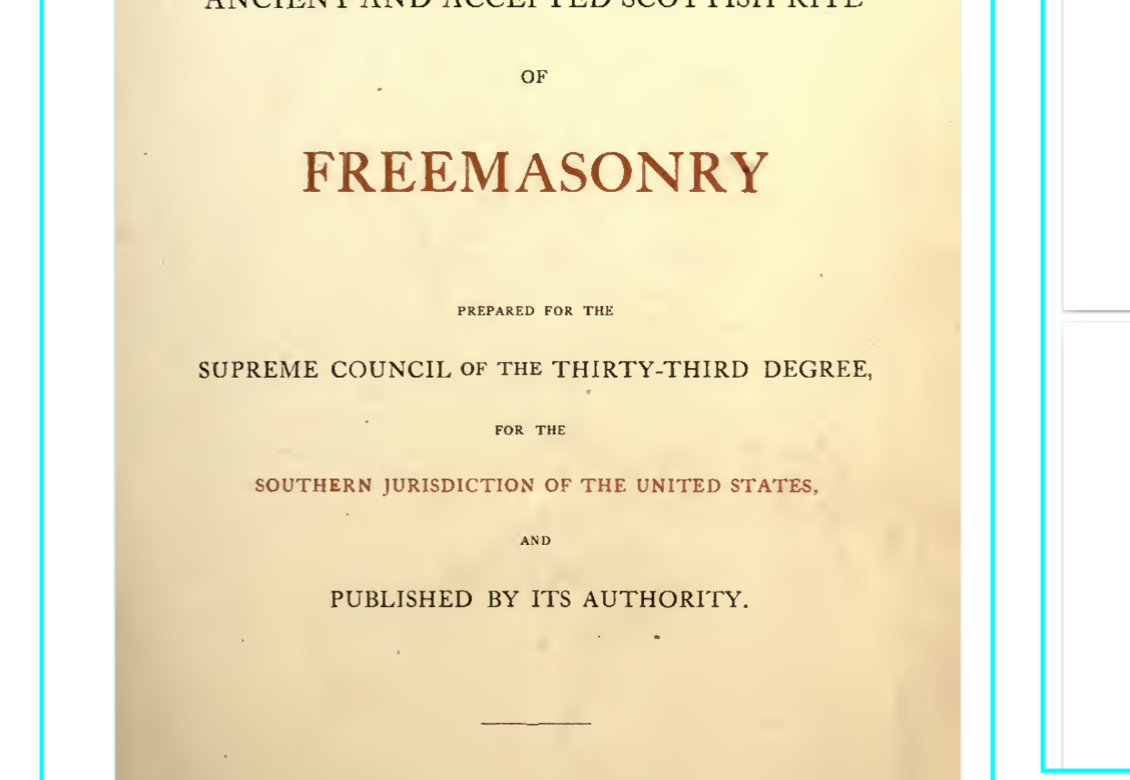 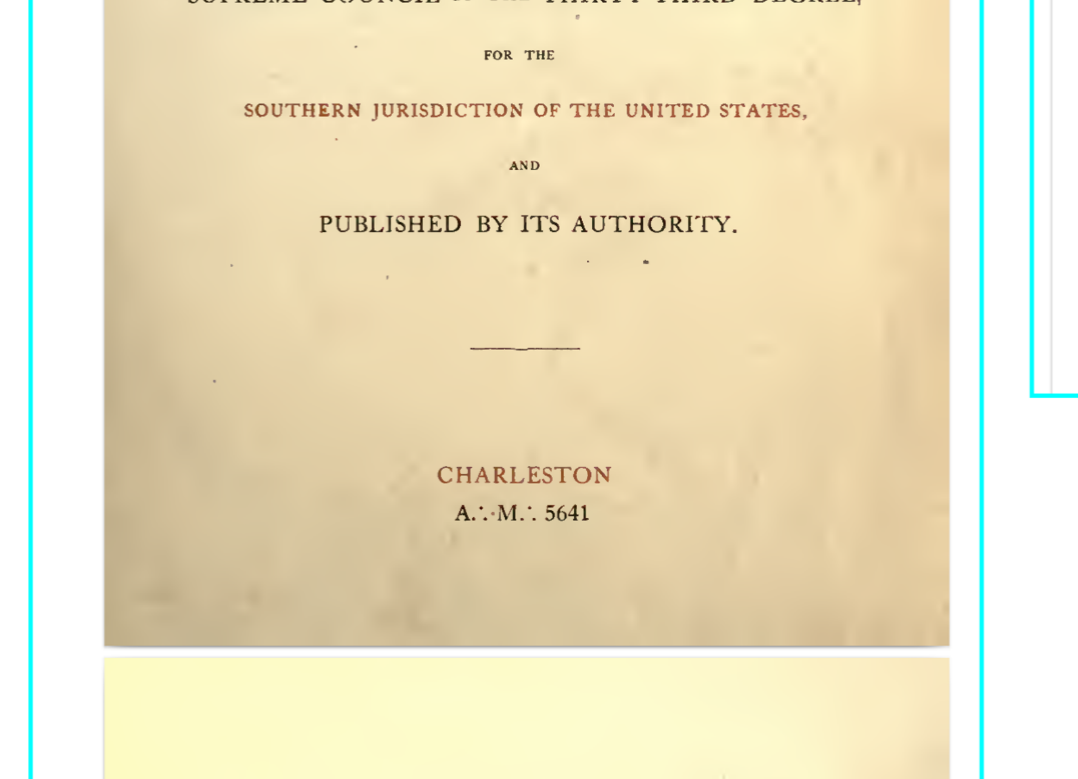 (Adding more images appears to be forbidden with the reputation-score I currently have.)

Browse other questions tagged plagiarism albert-pike or ask your own question.

5
Did Dante plagiarize the Divine Comedy from Kitab al-Miraj?