What is The Princess Bride's "reunion scene" that you had to write to the publisher for? 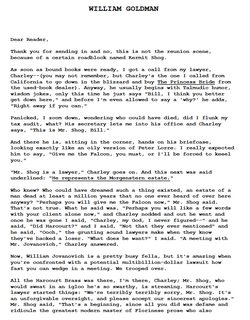 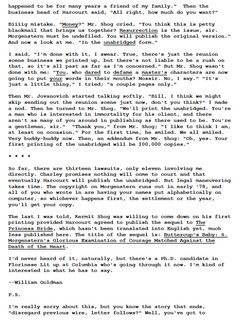 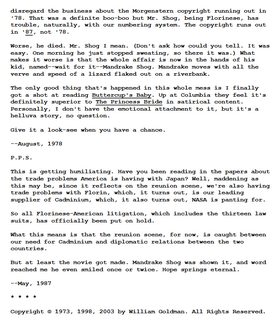 18
To what effect does Goldman claim The Princess Bride is an abridgement?