In The Wind in The Willows, at the end of the chapter 'VI: Mr. Toad', Toad is convicted and sentenced to twenty years in "the remotest dungeon of the best-guarded keep of the stoutest castle in all the length and breadth of Merry England".

across the hollow-sounding drawbridge, below the spiky portcullis, under the frowning archway of the grim old castle, whose ancient towers soared high overhead; past guardrooms full of grinning soldiery off duty, past sentries who coughed in a horrid, sarcastic way, because that is as much as a sentry on his post dare do to show his contempt and abhorrence of crime; up time-worn winding stairs, past men-at-arms in casquet and corselet of steel, darting threatening looks through their vizards; across courtyards, where mastiffs strained at their leash and pawed the air to get at him; past ancient warders, their halberds leant against the wall, dozing over a pasty and a flagon of brown ale; on and on, past the rack-chamber and the thumbscrew-room, past the turning that led to the private scaffold, till they reached the door of the grimmest dungeon that lay in the heart of the innermost keep. [...] The rusty key creaked in the lock, the great door clanged behind them; and Toad was a helpless prisoner in the remotest dungeon of the best-guarded keep of the stoutest castle in all the length and breadth of Merry England.

By implication, the Tower of London.

The answer to "Is this castle named later in the book" is no, it's never explicitly named in the original text of the book. Some adaptations of the story, such as Disney's The Adventures of Ichabod and Mr. Toad, have explicitly made the setting to be the Tower of London, but the original story is written quite anonymously with respect to location. In the entire book, the only references I can find to specific real-world places are in the speeches of the Sea Rat, who mentions "London" but only in the same breath as Constantinople, Venice, the Levant, and Marseilles. It seems a deliberate writing choice to keep the setting general, not forcing the river to be the Thames or the castle to be the Tower of London.

All that said, the location that would spring to mind for any English reader of The Wind in the Willows, upon seeing the description you've quoted, is surely the Tower of London. Even though the story is set in the era of motor cars, well after the time when castles would be expected to have torture chambers and men-at-arms wearing armour, the Tower of London still has implements of torture on display (although not in use) and uniformed guards with halberds (although only ceremonial).

The description is obviously rather hammed up, in order to make Toad's experience as terrifying as possible for the story. I doubt the Tower of London had "guardrooms full of grinning soldiery" around the turn of the 20th century. But it does have a drawbridge and a portcullis, as well as the torture chambers and halberd-wielding warders mentioned above. And it was used for holding and executing prisoners even in the 20th century, with the last prisoner held there being in 1941. So this isn't too much of an exaggeration of the Tower of London, and I'm fairly sure it doesn't come close to matching anything else in England in that period. 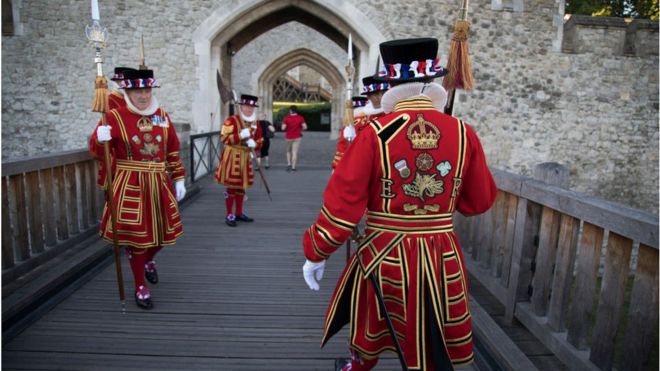 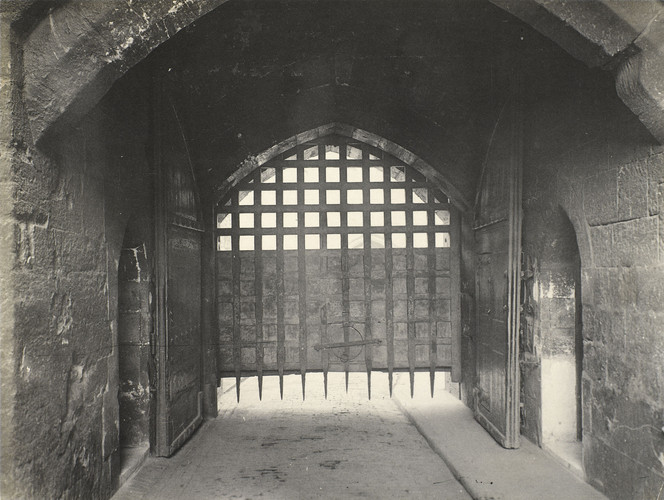 Not the answer you're looking for? Browse other questions tagged setting the-wind-in-the-willows kenneth-grahame or ask your own question.

8
Is Strattenburg, Pennsylvania based on a real town?
10
When do the events in The Valley of Fear take place?
8
Is The Lord of the Flies set on a real island?
14
Where are the white folks in The Expanse?
10
Are any of the countries in Hard to Be a God based specifically on particular real-life countries?
4
Where is the setting of "A Hawk in Silver" based on?
7
Why did Thomas Hardy fictionalise the place names in his Wessex?
4
Where do the events take place in "Afternoon of an Author" by F. Scott Fitzgerald?
1
In what year do the events of The Giver take place?
4
Where can I locate the letter J.R.R. Tolkien wrote to A.A. Milne?