it would be his throne-room and there he would dispense
his God-given goods to young and old -
but not the common land or people's lives.

What exactly does it mean by saying "not the common land or people's lives"? Does it mean to imply that Hrothgar had control over everything but the land and people's lives - God hadn't given him that control? The line just strikes me as rather confusing.

The original text is: 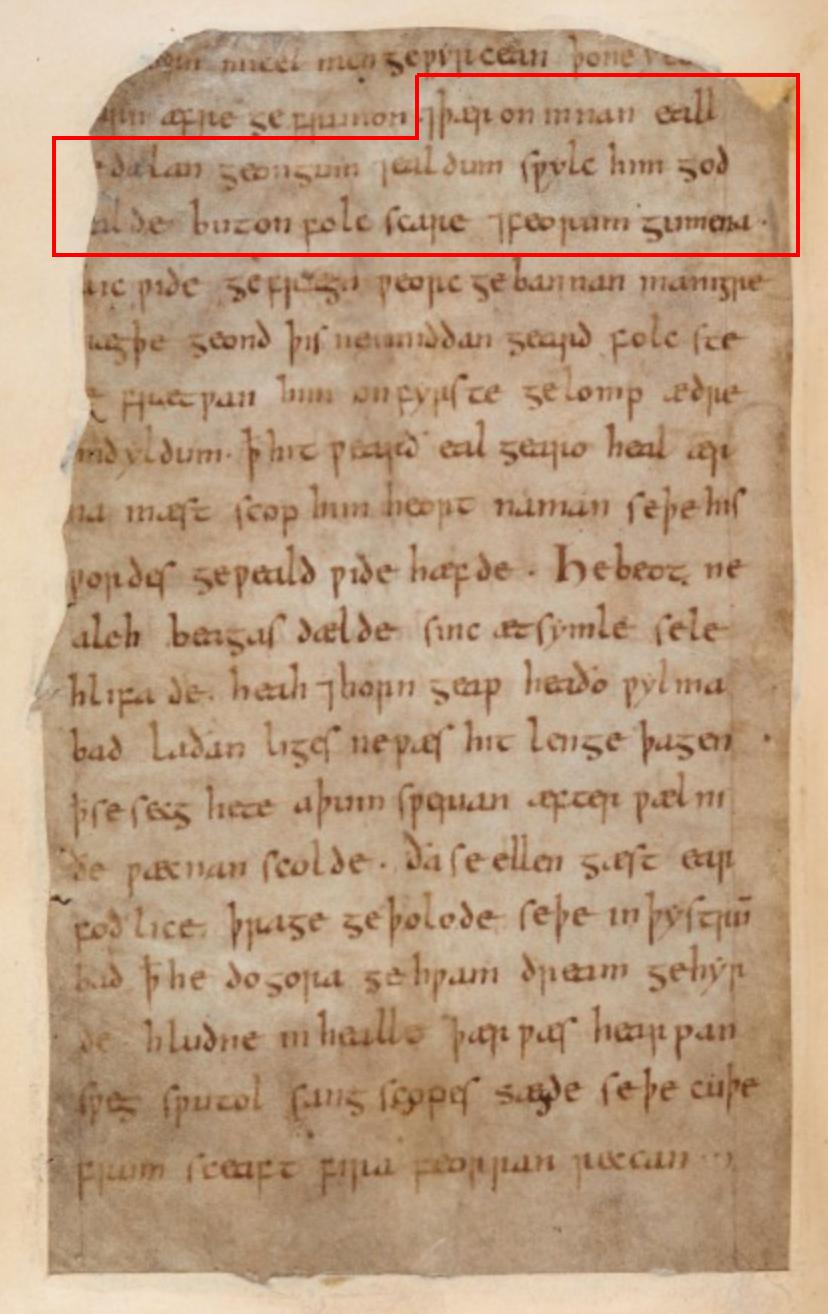 Folcscare is a crux (a difficult word). Folc- means ‘of the people; held in common’ and scare is the accusative of scearu meaning ‘share; portion; division’. Bosworth & Toller, An Anglo-Saxon Dictionary, give the definition:

folcscearu A division of the people, nation, multitude

illustrating it with the quotation:

So why did Heaney translate translate folcscare as ‘common land’? Well,

[Frederick] Klaeber glosses folcscare as ‘public land’, in reliance on the view of [John Mitchell] Kemble that in early Germanic society there was a common fund of land over which the king originally had no control. In this he is followed by many. Such a view, influenced by Kemble’s strong political feelings about the continuing enclosure of commons in his day, is now rejected by most historians and legal scholars […] Yet the usual meaning of this poetic word is ‘nation,’ and not impossibly the poet means that it was not Hrōðgār’s prerogative to confer the rule of the nation upon another by his sole choice, for […] the consent of the witan and folk seems to have been required for succession in the ancient Germanic world.

I note that Kemble discusses common land under the name folcland (not folcscearu), for example:

Folcland may be considered the original and general name of all estates save the hlot, sors or alód of the first markmen: the whole country was divided into Folclands, containing one or more hides, subject to folcriht or the public law,—and hence having no privilege or immunity of any sort […] The power of disposal over this land lay in the nation itself, or the state; that is, in the king and his witan; but in what way, or by what ceremonies, it was conferred, we no longer know.

Regardless of whether you take folcscare to mean ‘common land’ or ‘nation’, either way the line describes a limit on the power of the king: he can distribute his own possessions, but not the property of the people, whether that is the people’s land, or the people’s rule.

Similarly, the king cannot distribute feorum gumena, the lives of men. Perhaps this means that he could not distribute justice arbitrarily, but had to respect the rule of law.

Not the answer you're looking for? Browse other questions tagged meaning seamus-heaney anglo-saxon-literature beowulf or ask your own question.