What does "snow in the crevices of a boggy bank" mean here?

I would like to know what "snow in the crevices of a boggy bank" means in the following sentences:

Her cheek near his sleeve, she studied a dozen village pictures. They were streaky; she saw only trees, shrubbery, a porch indistinct in leafy shadows. But she exclaimed over the lakes: dark water reflecting wooded bluffs, a flight of ducks, a fisherman in shirt sleeves and a wide straw hat, holding up a string of croppies. One winter picture of the edge of Plover Lake had the air of an etching: lustrous slide of ice, snow in the crevices of a boggy bank, the mound of a muskrat house, reeds in thin black lines, arches of frosty grasses.

Carol, a librarian at St. Paul Library, and Kennicott, a doctor in a small town called Gopher Prairie, went tramping together. After a walk, sitting on a bank, Kenicott persistently persuaded her to marry him and settle down in Gopher Prairie, saying that it was the nicest town in the world. He even brought some pictures of the town to show her.

In this part, I could not understand what were the "crevices" of a "boggy bank." Does "boggy" mean that the bank resembled a bog? And how can there be crevices in the bank...? 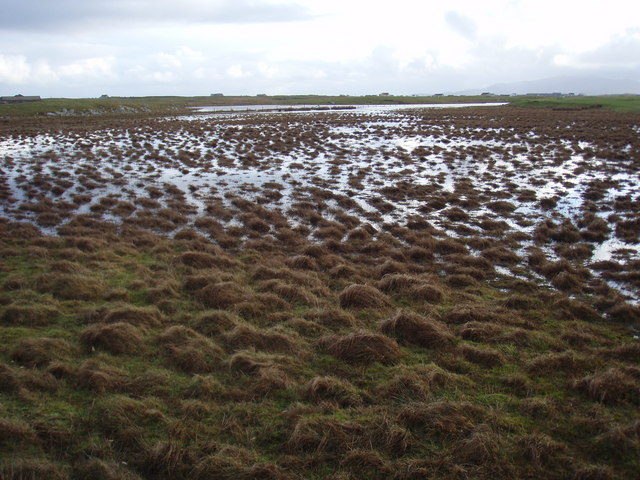 Snow often remains in crevices even after the larger drifts of snow surrounding it have gone. This is because it's harder for direct sunshine to reach hidden crevices, and so it takes longer for snow there to melt: 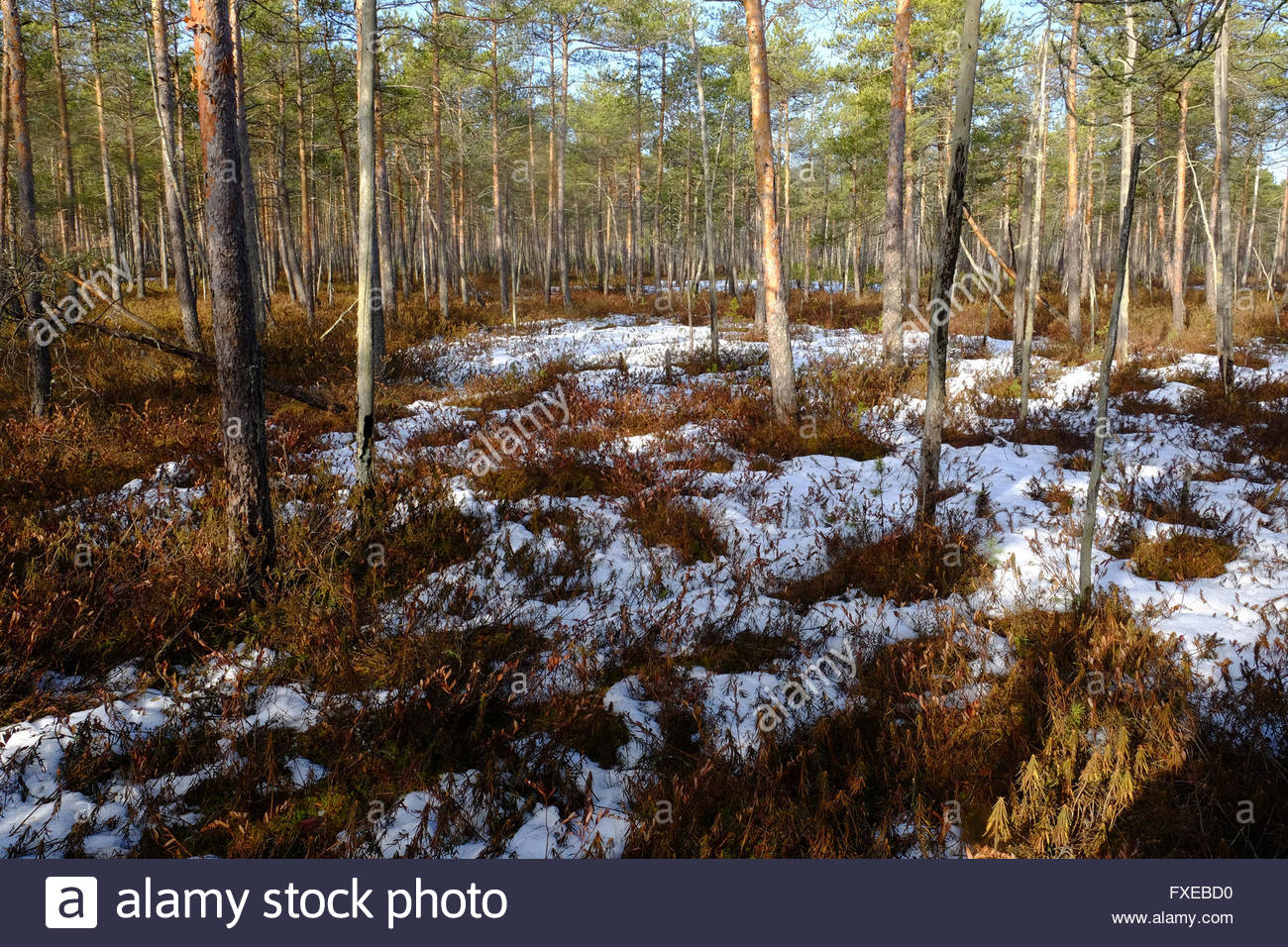 Even when sloping down to a river, boggy ground is likely to remain uneven: 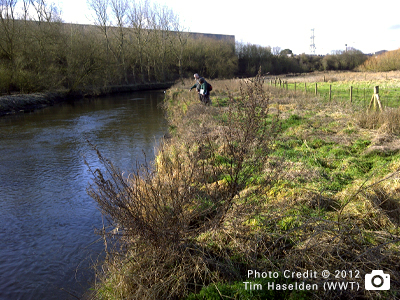 I'm not sure how boggy this is, but here's another example of a riverbank with crevices: 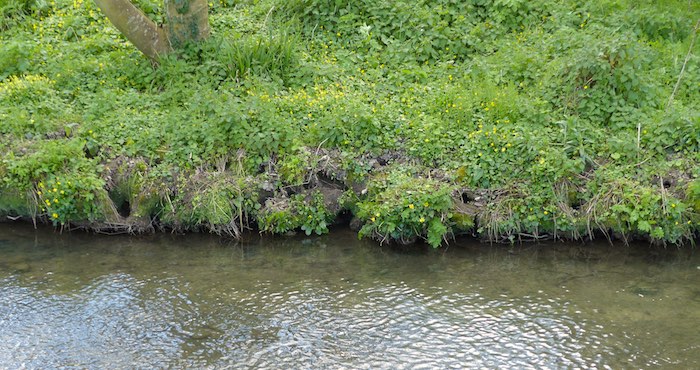 The "boggy bank" is a riverbank in boggy ground, i.e. boggy land which slopes down to a river. The "crevices" in this riverbank are probably due to the uneven nature of boggy land. There is "snow in the crevices" because that's where snow is most likely to remain even if it doesn't settle, or has melted, elsewhere. And it's nothing to do with the bank that they're sitting on; the bank being described is one in his picture from elsewhere:

One winter picture of the edge of Plover Lake had the air of an etching: lustrous slide of ice, snow in the crevices of a boggy bank, the mound of a muskrat house, reeds in thin black lines, arches of frosty grasses.