What does "advertisements in mother-of-pearl letters upon the glass-covered back" mean here?

I would like to know what "advertisements in mother-of-pearl letters upon the glass-covered back" means in the following sentences:

She glanced through the fly-specked windows of the most pretentious building in sight, the one place which welcomed strangers and determined their opinion of the charm and luxury of Gopher Prairie—the Minniemashie House. It was a tall lean shabby structure, three stories of yellow-streaked wood, the corners covered with sanded pine slabs purporting to symbolize stone. In the hotel office she could see a stretch of bare unclean floor, a line of rickety chairs with brass cuspidors between, a writing-desk with advertisements in mother-of-pearl letters upon the glass-covered back. The dining-room beyond was a jungle of stained table-cloths and catsup bottles.

Carol (a librarian at St. Paul Library) and Kennicott (a doctor at a small town called Gopher Prairie), got married and came to their house in Gopher Prairie, Kennicott's hometown, after their honeymoon trip. Even before they unpacked their belongings, Kennicott excused himself for an hour to see how the things were going at his office, leaving Carol alone. Lonely, Carol went outside for a walk, and looked around the buildings in the town. Then she spotted a hotel named Minniemashie House and looked inside.

The Minniemashie House is based on the Palmer House Hotel in Sauk Center, Minnesota.

The young Sinclair Lewis worked two summers as a desk clerk at the Palmer House. He later used it as the model for the "Minniemashie House" in his 1920 novel Main Street, set in a town modeled in turn on Sauk Centre.

Searching for images of the interior of that hotel, we find this. SOURCE 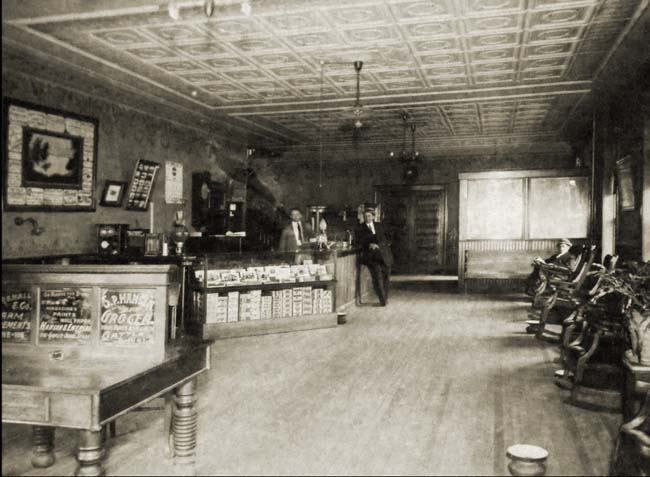 which could scarcely be a better illustration of 'In the hotel office she could see a stretch of bare unclean floor, a line of rickety chairs with brass cuspidors between, a writing-desk with advertisements in mother-of-pearl letters upon the glass-covered back.

As to what precisely is meant by 'mother of pearl letters', the advertisments take the form of glass which has had the advertisment lettering applied on the reverse side so that it is protected from damage. Letters can be painted, gilded, made with applied abalone/Mother-of-pearl, or a combination of techniques. Example: 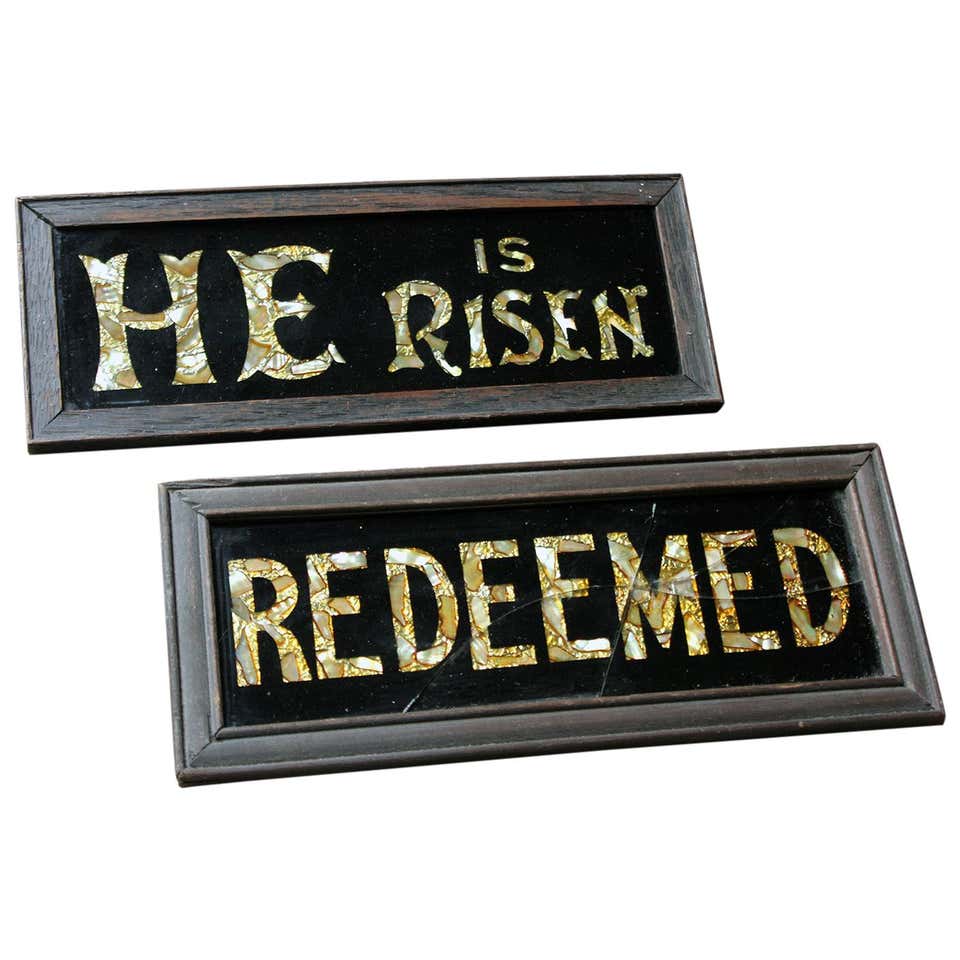