In 1962, the famous British explorer Eric Shipton named one of the main summits of Cordillera de Darwin in Tierra del Fuego (Patagonia) as "Mount Lady Jane". After talking to a member of the expedition, it turned out that the name came from a limerick on which Lady Jane was a prostitute.

Below, you can see an aerial picture annotated by Eric Shipton indicating their route and the proposed geographical names. 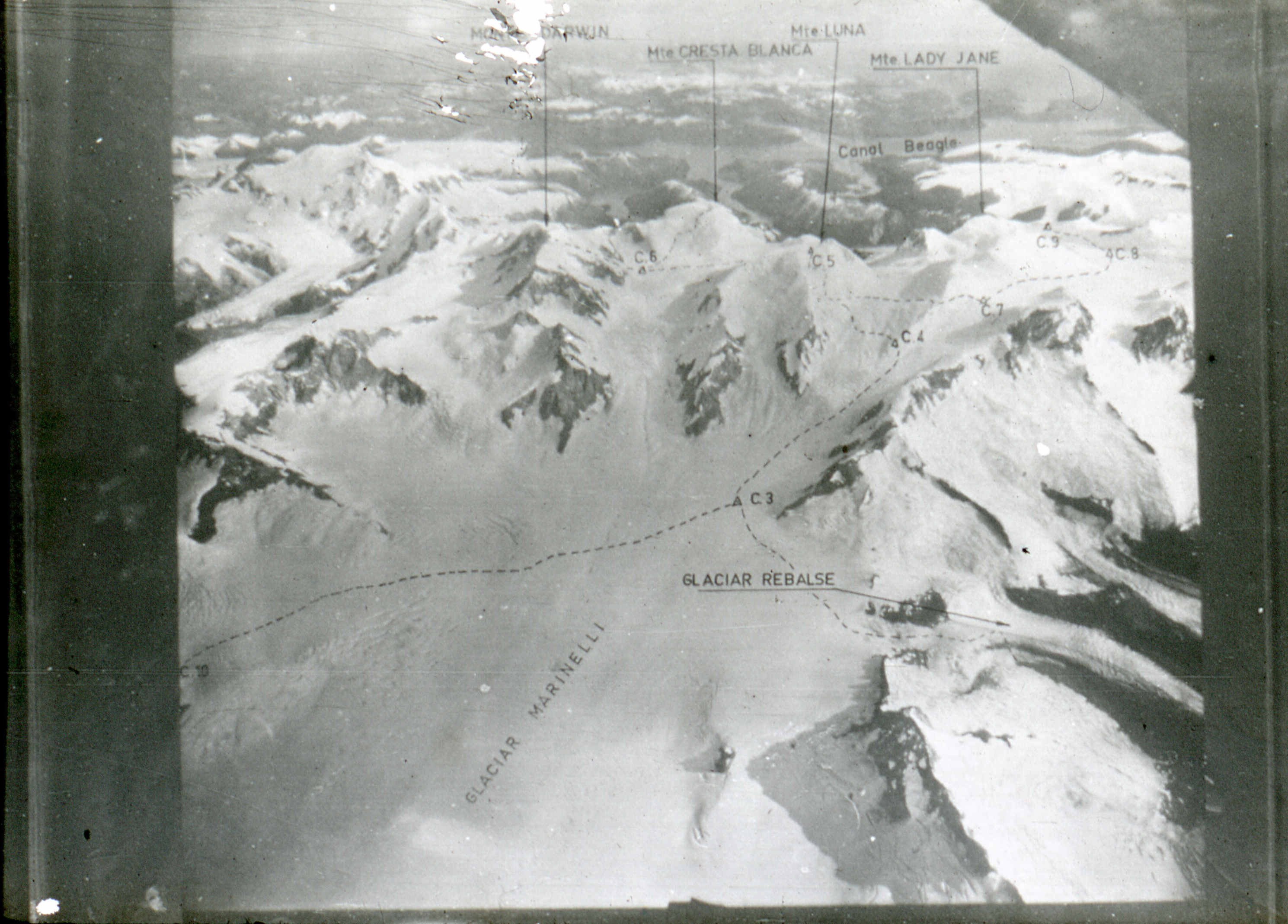 I've spent many hours looking for that limerick online, but I haven't been able to find it. As you most likely already realized, English is not my first language, making the search even harder, perhaps it is a well know limerick in some places. Therefore, I wonder if anyone here knows something about that limerick, or has clues or suggestions on where to look for it.

Also consider that the recollections of the expedition member I interviewed might not be very precise after 56 years. Maybe Lady Jane wasn't exactly a prostitute, but a character that would make sense in the context described above.

The limerick is a type of poem which is short-form (therefore easy to write) and, according to Wikipedia, "often humorous and sometimes obscene". It's been greatly used by casual writers of poetry; there are a vast number of limericks which were never formally published and whose original sources are unknown or anonymous, and many of these are coarse or obscene. Given all of this, it's likely to be very hard to find a definite source for a limerick about which all we know is that it featured a lady named Jane who was a prostitute (or perhaps promiscuous). You greatly underestimate the wealth of limerick literature if you think there's likely to be just one or a few such limericks.

To support my claim here, I'll quote and link to some examples of limericks which could fit the bill. Please note that some of these are VERY NSFW! I've hidden the text of the limericks behind spoilertags for this reason, but most of the links also contain many other limericks which are even dirtier; click them at your own risk.

I found this one by Googling dirty limericks Lady Jane:

There once was a woman named Jane
Whose face was exceedingly plain.
But down in her cellar,
She was a real live-heller,
So the boys came again and again.

Realising that a limerick about a lady called Jane would probably start with some variant of "There once was a lady named Jane" as the first line, I tried Googling that instead, and found multiple possible results. This link has a few limericks about women called Jane, but none of them quite seem to match what you describe. I found the following limerick at this site, with a similar variant here:

You must also remember that many of these limericks are only recorded because nowadays, in the internet age, everything is. A dirty ditty of the 2010s is likely to end up somewhere on the internet to be laughed at; a dirty ditty of the 1950s might have been long lost, never written down in the first place, and exist only in the imperfect memories of people who were young back then. So the particular limerick that Eric Shipton or his expedition comrades remembered might not even exist in written form to be found - it could have been just something he remembered from the schoolyard.

TL;DR: finding a specific limerick from 60+ years ago, based only on the information that it featured a lady called Jane who slept with a lot of men, is a nigh impossible task. Unless it happened to be a particularly well-known limerick like the young man from Quebec or the pelican whose beak holds more than his belli-can, but in this case it doesn't seem so. It's more likely to be just one of many obscure, half-forgotten ditties that have been invented by poets, authors, schoolboys, and toilet wall graffitiers for decades untold, few of which have stuck in cultural memory.

By the way, I also found your article while researching this question :-) Sorry not to have been of more help!