Book about a runaway kid who lives in a hollow tree 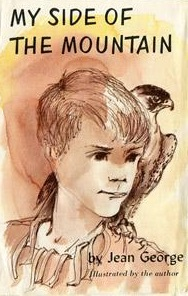 8
Book about a boy blinded by a firecracker
10
Book about a boy who develops several accidentally destructive science projects
5
Story About a Boy Lost in the Wilderness
4
Book about a mentally retarded girl being sexually assaulted by boys at her school, and one of them coming to grips with what he's done
5
Story about a seventeen-year-old immortal who lives up to present events