How familiar would the “Blind men and an elephant” tale be in the West?

I am translating my article to English, which heavily uses the Blind men and an elephant tale. Since the metaphor is important, I wonder how it would be perceived in the West, especially in the US. Do you know how familiar or exotic it is to a Westerner?

A group of blind men heard that a strange animal, called an elephant, had been brought to the town, but none of them were aware of its shape and form. Out of curiosity, they said: "We must inspect and know it by touch, of which we are capable". So, they sought it out, and when they found it they groped about it. In the case of the first person, whose hand landed on the trunk, said "This being is like a thick snake". For another one whose hand reached its ear, it seemed like a kind of fan. As for another person, whose hand was upon its leg, said, the elephant is a pillar like a tree-trunk. The blind man who placed his hand upon its side said, "elephant is a wall". Another who felt its tail, described it as a rope. The last felt its tusk, stating the elephant is that which is hard, smooth and like a spear.

The story of the Blind Men and the Elephant is well-known in the West.

Perhaps mostly due to the version of the tale written by John Godfrey Saxe, a 19th-century US poet who retold the story as a poem, attributing it to "a Hindoo fable"; you can read his version here.

It's also been told as a song in a 21st-century album by a US singer.

Wikipedia also mentions other retellings and references to this story throughout western culture, in everything from scientific literature to children's stories (all with citations):

The story enjoys a continuing appeal, as shown by the number of illustrated children's books of the fable; there is one for instance by Paul Galdone and another, Seven Blind Mice, by Ed Young (1992). [...]

Touching the Elephant was a 1997 BBC Radio 4 documentary in which four people of varying ages, all blind from birth, were brought to London Zoo to touch an elephant and describe their response.[24]

So I don't think you need to replace it by another story. It will do perfectly well as it stands.

To give more example, in the introductory textbook about brain dynamics Observed Brain Dynamics, Partha Mitra and Hemant Bokil include these images: 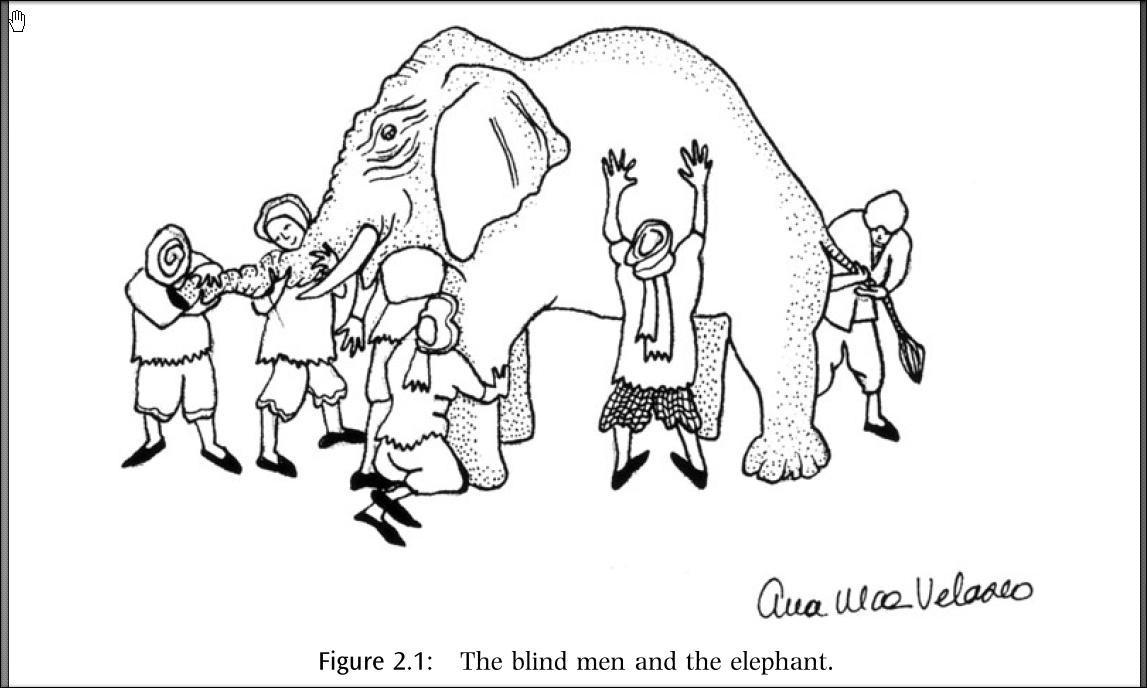 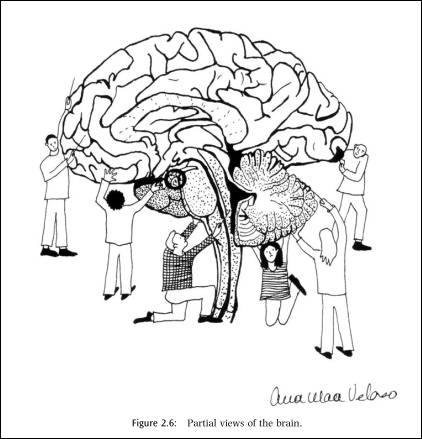 So if the tale exists in a research book, then it should be well-known in the culture too.

Not the answer you're looking for? Browse other questions tagged folk-tales or ask your own question.

25
When and why did the Brothers Grimm start collecting fairy tales?
8
What's the defining difference between a fairy tale and a fable?
11
How did Mama and Papa bear know someone was sitting in their chairs?
3
What is the original Korean title of “The Tiger and the Persimmon”?
3
Are the sun and moon generally personified in Korean folklore, or just in this origin story?
2
Tale of a Dog Chasing the Sun/Trying to Find Its Owner?
5
Story about two men walking through the forest