Is it common practice for cover art to be designed without direct input from the author?

in the last day or so there's been something of a furore over Terry Goodkind's public criticism of the cover art on his latest novel, Shroud of Eternity. He made a post on Facebook ridiculing the cover art, which has received a lot of attention and a direct response from the understandably offended illustrator, Bastien Lecouffe-Deharme: 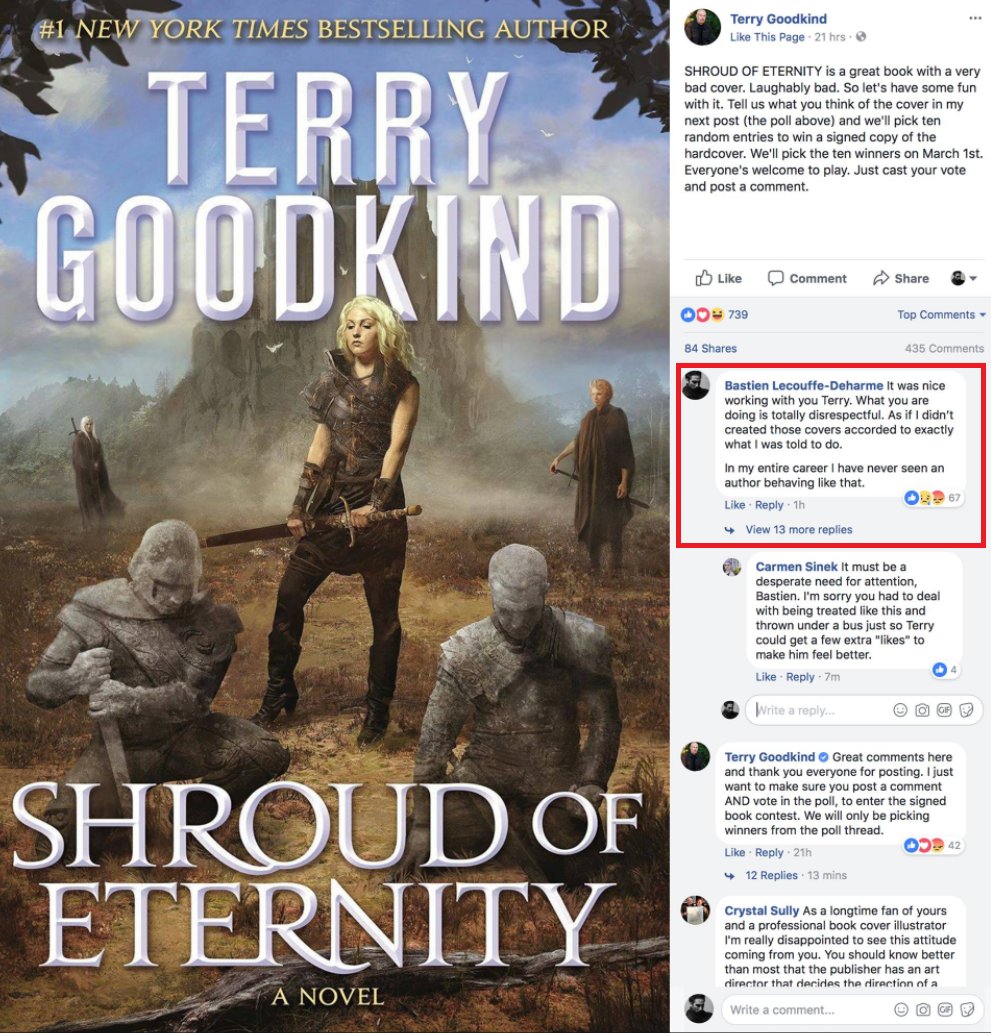 Goodkind's eventual response to the storm of criticism he received included the following paragraph:

My dissatisfaction with the art isn't the artist's fault, of course; the art was commissioned and directed by the publisher.

The intention of our contest was to instead encourage my publisher to devote more thoughtful consideration with the artwork they wrap around my books.

A previous post by Goodkind on social media, coming in between the two Facebook posts linked above (which I can't find directly now - perhaps it's been deleted - but it can be seen quoted e.g. here), says:

Bastien, we never worked together. I've never met nor have I ever even spoken with you. We've never exchanged a message before today. And I never told you what to create for this cover. All of that was between you and the publisher.

Goodkind's responses suggest that the cover art was worked out between the publisher and the illustrator, without consulting him (the author). Without judging the rights or wrongs or who said what or indeed anything about this particular case, I'm curious about whether this is common practice in today's novel publishing industry.

Is it common practice in publishing for cover art to be designed without direct input from the author?

In my experience, having worked in-house in the publishing industry for more than 10 years, it is quite usual for the cover to be decided by anyone other than the author. It's usually done through consultations in long meetings between the publisher, production and marketing who have commissioned designers to make about a zillion options.

I imagine once authors are sufficiently popular, however, they may be able to make a suggestion.

I am involved in educational and academic publishing in Australia. Our covers are done by designers rather than illustrators – except in the case of children's books. Even then, an illustrator is usually commissioned by the publisher. The author is certainly welcome to make suggestions for the cover illustration, but again, the ultimate decision remains largely with the publisher/ marketing.

I've worked in the publishing industry for over 15 years, and in my experience, authors have a lot of control over the covers of their books. The publisher would find a suitable illustrator, and then we would set up a meeting between the author and the illustrator where they discussed their ideas for the cover. The author didn't have final say over the cover, but they were involved.

Not the answer you're looking for? Browse other questions tagged publishing illustrators or ask your own question.