What does "between us there was, as I have already said somewhere, the bond of the sea" mean in Heart of Darkness?

On the book of Joseph Conrad called Heart of Darkness, page 1, it says "between us there was, as I have already said somewhere, the bond of the sea" The problem is that, as far as I understand, he never clarified that before. Have you noticed or have an answer for that sentence? Here an image of the page: 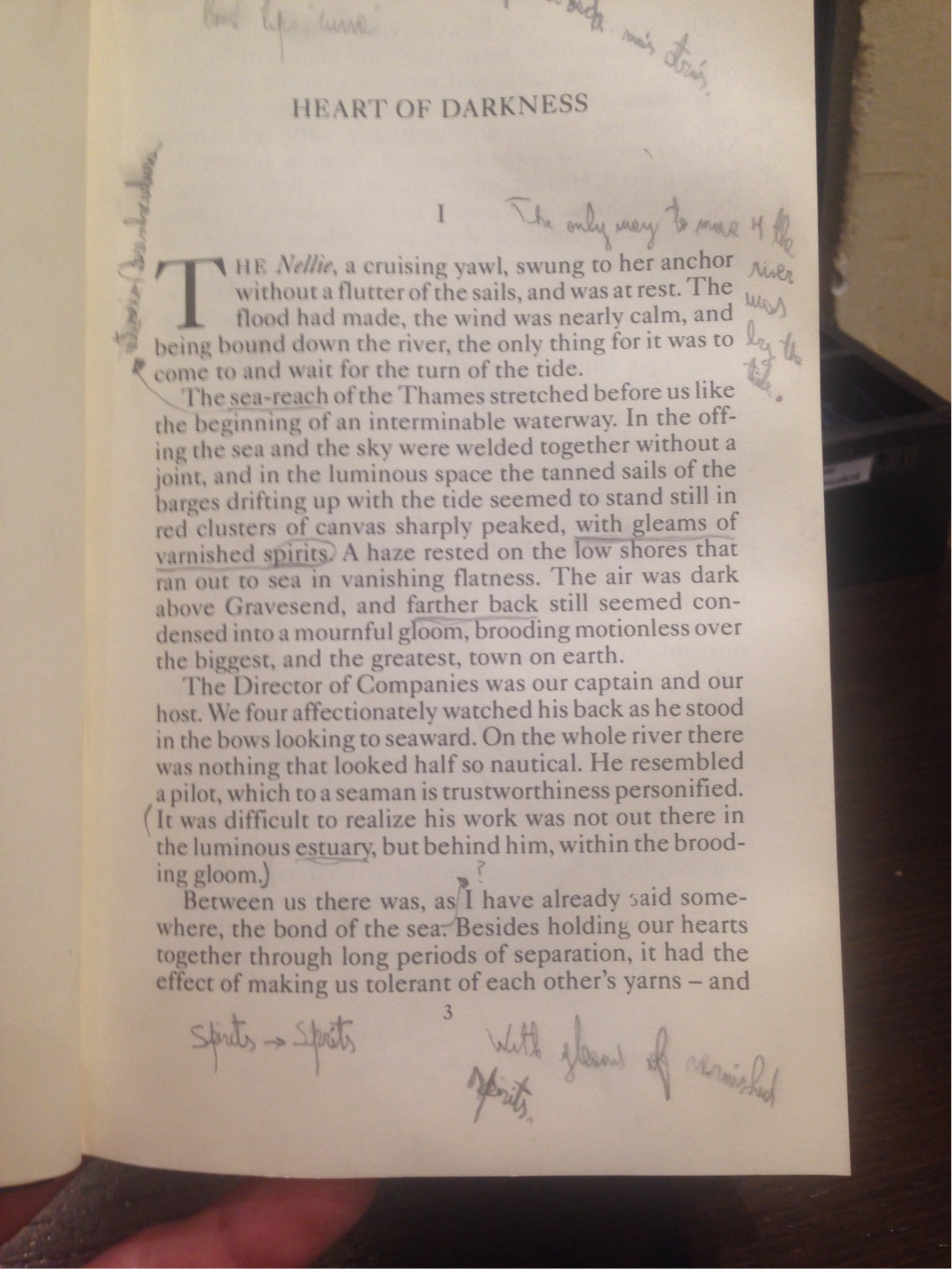 There are two parts to this question: the meaning of "between us there was ... the bond of the sea", and the significance of the interposed clause "as I have already said somewhere".

The novel is a frame story, in which the unidentified first-person narrator describes being with four friends, plus "the Director of Companies" as their host and captain, aboard a sailboat anchored on the River Thames. This serves as the frame for one of the friends, Charles Marlow, to tell of his journey to the heart of the Belgian Congo and his experiences there.

The first issue - the bond between the four friends - is easily explained. In my annotated edition by Penguin (2007), Owen Knowles notes that these friends were George Fountaine Weare Hope (a company director, and the owner of the yacht Nellie), Edward Gardner Mears (a meat salesman), and William Brock Keen (an accountant). Apart from Keen, they were all ex-seamen and had sailed on the Duke of Sutherland. There are many reverent references in the opening pages to seamen and the sea-faring life - i.e. the shared experience that forms the bond between them. For instance, "there is nothing mysterious to a seaman unless it be the sea itself, which is the mistress of his existence" (p. 5).

Heart of Darkness was first published in full with two other stories, one of which was Youth. Knowles explains that the clause "as I have already said somewhere" refers to the second paragraph of Youth:

"We all began life in the merchant service. Between the five of us there was the strong bond of the sea, and also the fellowship of the craft, which no amount of enthusiasm for yachting, cruising and so on can give, since one is only the amusement of life and the other is life itself."

The narrator of the story is supposed to be a human being that has lived a life. He is referring to something else in his [fictional] past life, it is a way of immersing the reader in the story and creating intimacy, Conrad is not referring to something else in the same book. He is trying to make you imagine that this narrator has told this story before, and perhaps to diminish the melodrama of the metaphor.

Because perhaps he did not like the sound of the raw line "Between us there was the bond of the sea;" it sounds too dramatic for a speaker. But by interrupting it and claiming it has been said before, then the dramatic sound of it becomes more of a favored phrase of this character (the narrator):

"Between us there was, as I have already said somewhere, the bond of the sea."

Consider if I say: "I make the world's best apple pie."

Conrad probably added the interjection to humanize the narrator and intentionally weaken the dramatic intensity of the statement, while keeping the statement.

10
What is the relationship between Heart of Darkness and The Hollow Men?
4
What does this passage from Aleister Crowley's "Moonchild" mean?
1
Why both "noticed" and "thought noticeable" in "The Oracle of the Dog"?
1
Why would Marlow have "abused the old church at home for not being a cathedral"?
3
How powerful is Willems in the beginning of An Outcast of the Islands?
1
What does "I was paralysed by possibility, caught between the vertigo of fulfilment and the abyss of uncertainty." mean here?
1
What does "Might be a good deal in that" mean in "The Markenmore Mystery"?
0
What does "I were about to set off for the centre of the earth" mean here