Were the footnotes included in the original text of the 1002nd Tale of Scheherazade?

The short story "The Thousand-and-Second Tale of Scheherazade" by Edgar Allan Poe details a great many wonders of the more modern world being described by Scheherazade to her husband, in terms familiar to them, in such a way as to sound preposterous to people of their time.

In my edition of the Collected Works of Poe, this story comes with multiple footnotes to specify the exact nature as we know it of each wonder that Scheherazade describes. Footnotes are also included in, for example, this online version.

Are the footnotes part of Poe's original text of the story, identical since its first publication? Or were they added later by an editor seeking to make the story more easily understandable? 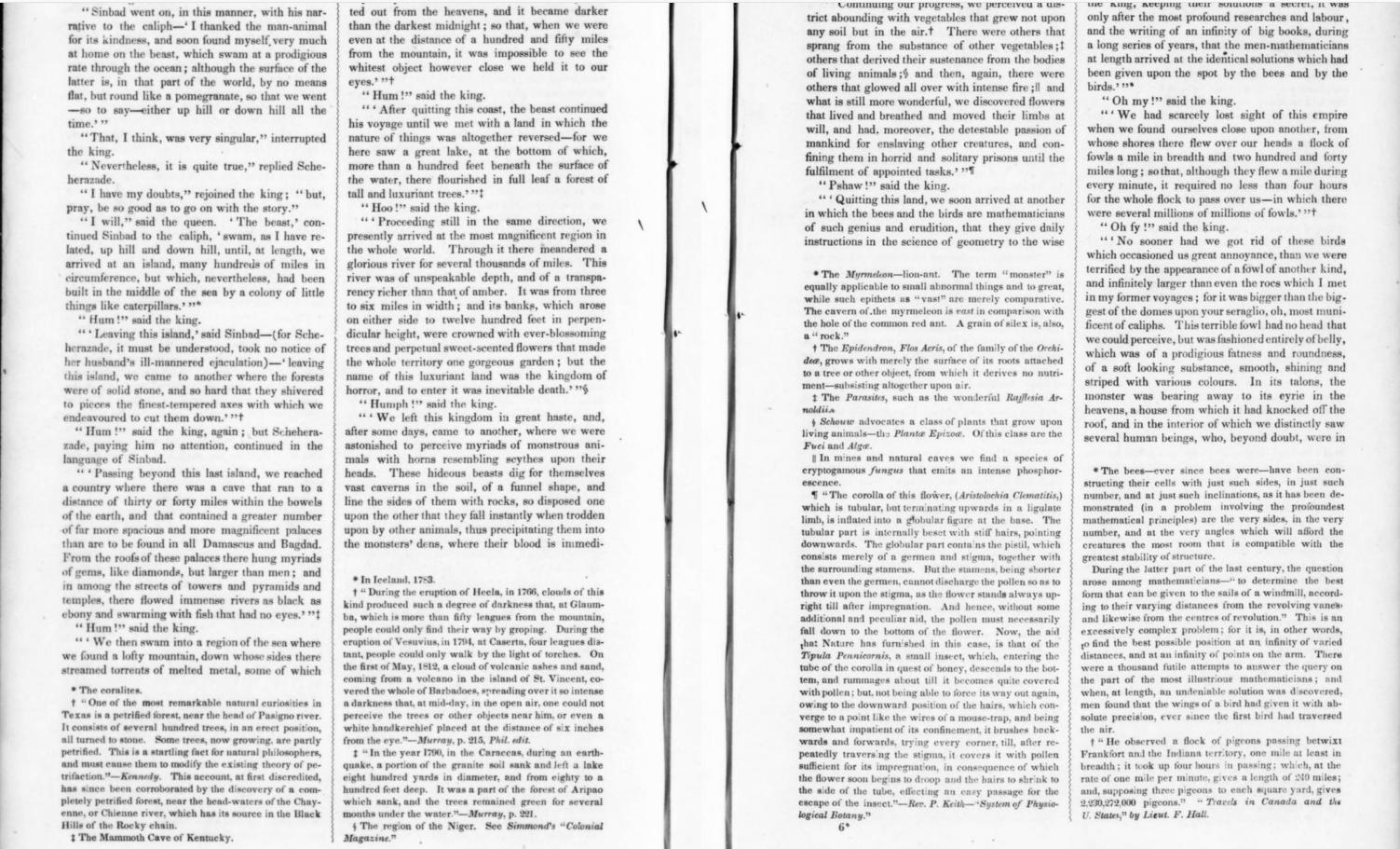 5
How did the text of "First They Came ..." evolve?
5
Is the old man still alive at the end of The Tell-tale Heart?
13
Was Stevenson's Treasure Island influenced by Poe?
12
Is there any indication that Poe feared live burial?
7
Why was the text of "HaTikvah" changed?
10
Is the original manuscript of Don Quixote extant?
8
Where can I find details on the original manuscripts for the Miyamoto Musashi texts?
4
When were the short stories of Malgudi Days published?
5
What's the significance of leap years in Poe's “The Thousand-and-Second Tale of Scheherazade”?