What is the origin of epigraphs?

What are the origins of putting epigraphs in a work?

Wikipedia has this example from 1700, but no explanation on when or why epigraphs came into vogue.

Facsimile of the original title page for William Congreve's The Way of the World published in 1700, on which the epigraph from Horace's Satires can be seen in the bottom quarter. 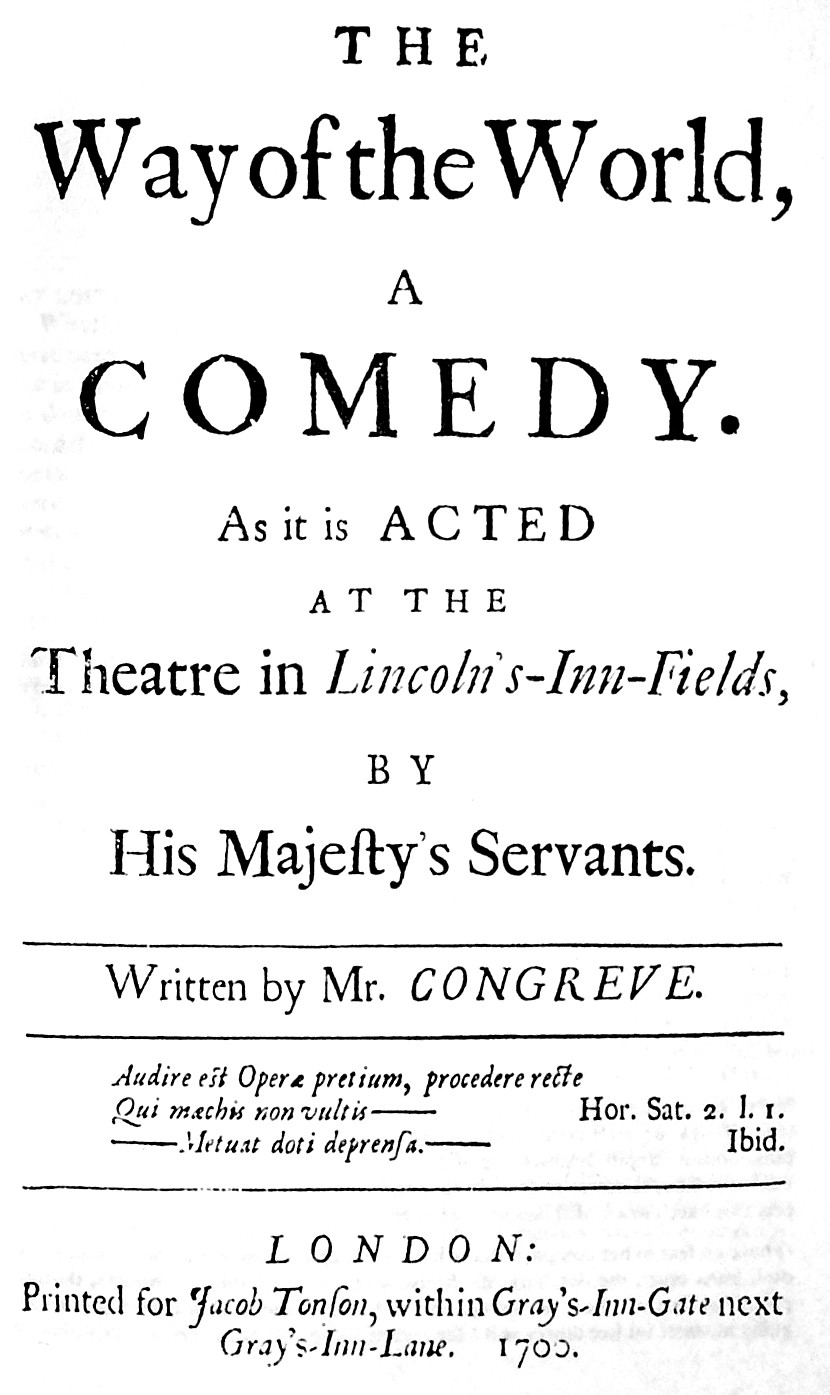 The first known epigraph was used in Froissart's "Chroniques" about 1404 and «Calendarium» of Regimontan at 1476.

Epigraphs began to be used in literature from the beginning of the 15th century. The first known appearance of an epigraph is in the “Cronique” books (written in 1404 and published in 1495) by J. Froissart, “Calendarium” by Reggomontano (Venice, published circa 1476) and “Maxims” (1665) by F. de La Rochefoucauld (“Our virtues are more often all skillfully dressed vices”).
- Russian to English translation

An image of a page with an epigraph from “Chroniques” is available courtesy of the British Library: 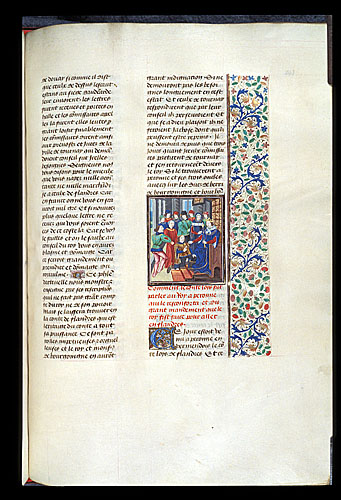 Geoffrey Chaucer places an epigraph at the head of the prologue to the Pardoner’s Tale in the Canterbury Tales (c. 1400). Here’s folio 136 verso from the Ellesmere Manuscript (c. 1400–1410) with the epigraph highlighted: 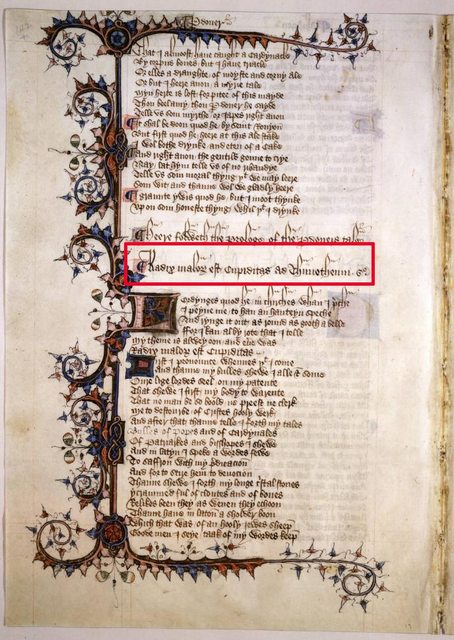 The epigraph reads “Radix malorum est cupiditas ad Thimotheum 6ᵒ”, that is, “The love of money is the root of all evil” from 1 Timothy 6:10. This is the text that the Pardoner always preaches upon, as he says at the start of his prologue:

I think that Chaucer’s use of an epigraph here is intended to reflect the way a sermon is written. A sermon begins with a short biblical quotation, sometimes placed on its own at the head of the text. Here’s a manuscript example, folio 191 recto of the ‘Winchester Anthology’ (British Library Add MS 60577), with the biblical quotation from Ecclesiastes 4:2–3 highlighted: 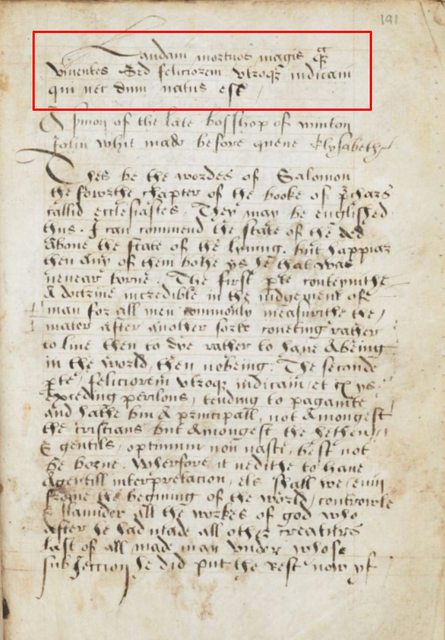 Thes be the wordes of Salomon the fowrthe chapter of the booke of prechars callid ecclesiastes. They may be englished thus. I can commend the state of the dead aboue the state of the liuing, but happiar then any of them bothe ys he that was neuear borne.

(This sermon must have been composed between Elizabeth’s accession in 1558 and Bishop John White’s death in 1560. I would have liked to give an earlier example but had to make do with what I could find digitized.)

I do not claim that this is the earliest example of an epigraph, but as it is earlier than the examples mentioned in the existing answers it is worth posting.

Maimonides wrote دلالة الحائرين (Dalālat al-ḥā’irīn), translated into Hebrew as מורה נבוכים (Moreh Nevuchim) and English as Guide for the Perplexed, at the end of the Twelfth Century. The work begins with a short letter to his student for whom it was written, followed by a preface. The preface begins with an epigraph of three Biblical verses:

"Cause me to know the way wherein I should walk, for I lift up my soul unto Thee." (Psalm cxliii. S.)

"Bow down thine ear and hear the words of the wise, and apply thine heart unto my knowledge." (Prov. xxii. 17.)

My primary object in this work is to explain certain words occurring in the prophetic books. Of these some are homonyms, and of their several meanings the ignorant choose the wrong ones; other terms which are employed in a figurative sense are erroneously taken by such persons in their primary signification. There are also hybrid terms, denoting things which are of the same class from one point of view and of a different class from another. It is not here intended to explain all these expressions to the unlettered or to mere tyros, a previous knowledge of Logic and Natural Philosophy being indispensable, or to those who confine their attention to the study of our holy Law, I mean the study of the canonical law alone; for the true knowledge of the Torah is the special aim of this and similar works.

To preclude the possibility that these verses were added by a more recent copyist/translator, below are several medieval manuscripts in which you can see the epigraph. Note how in every single one the epigraph is visually distinguished from the main text. Thus, even if they had no official term for this, it seems that they were well aware that it wasn't part of the regular text. 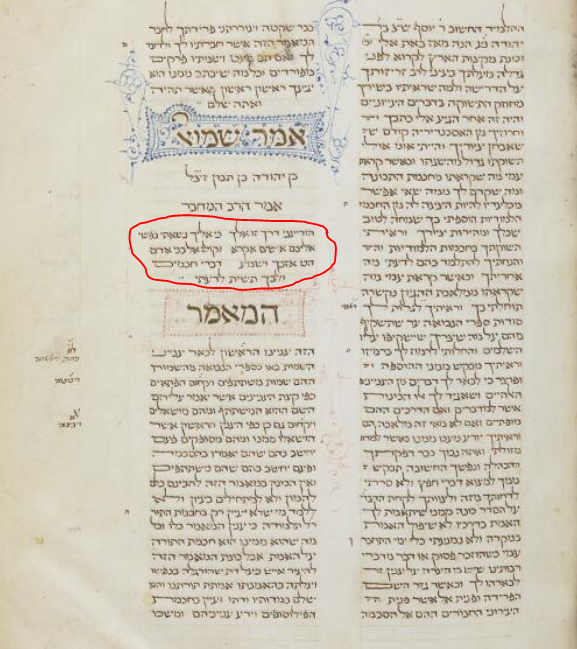 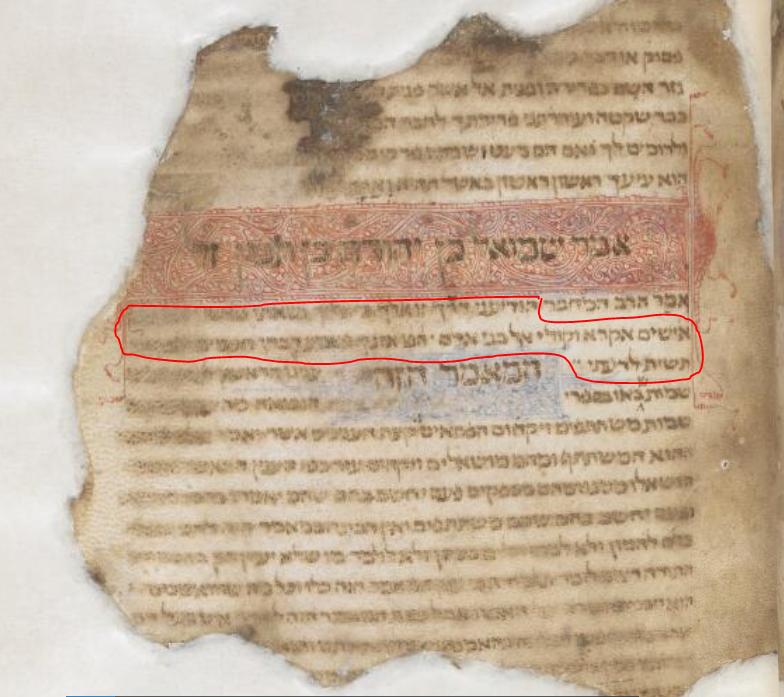 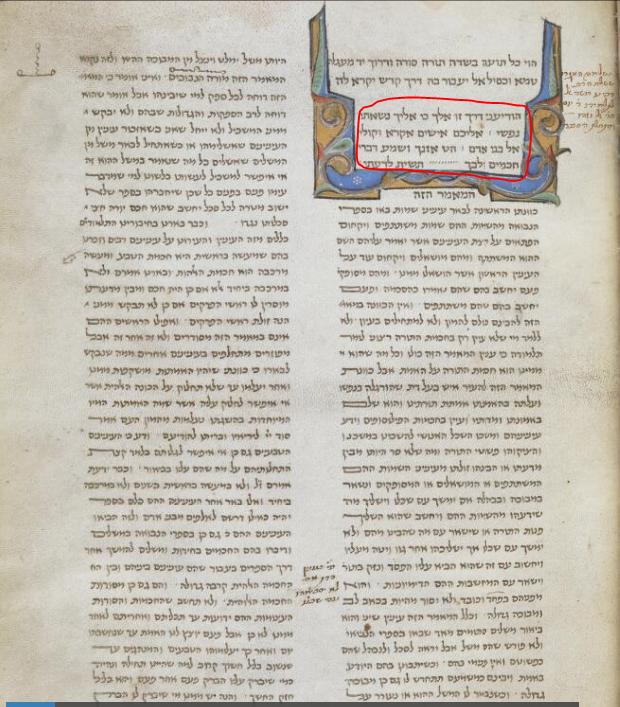 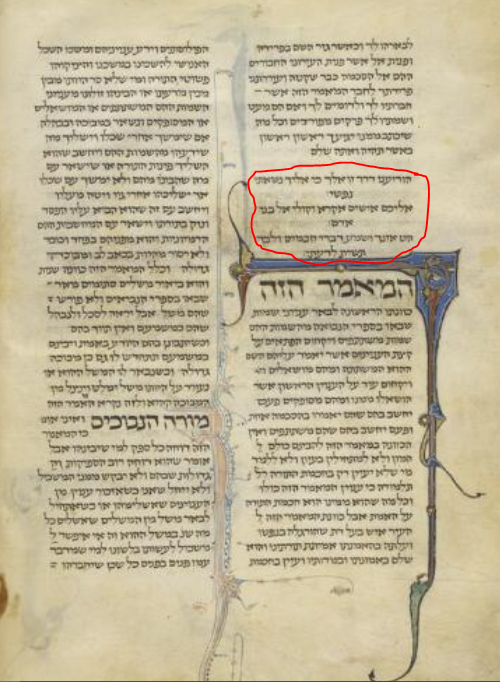 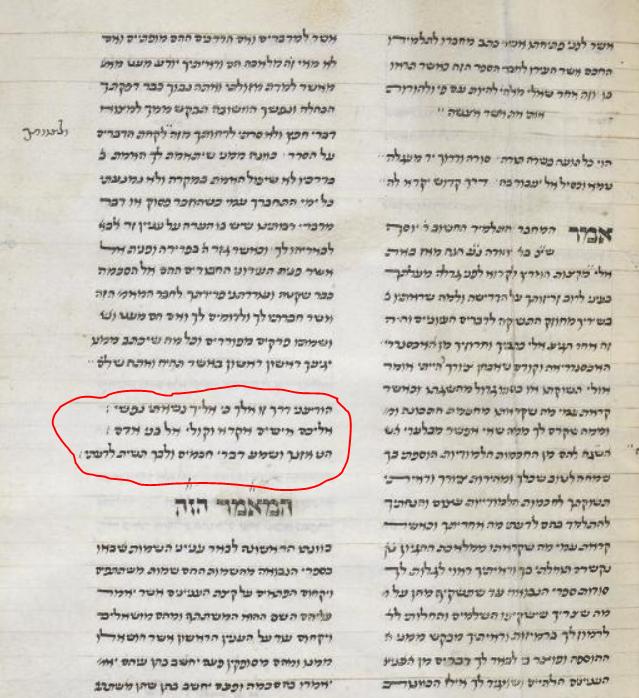 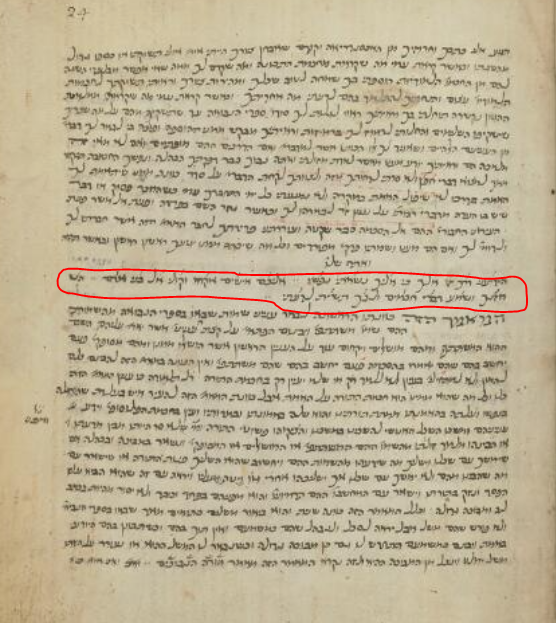 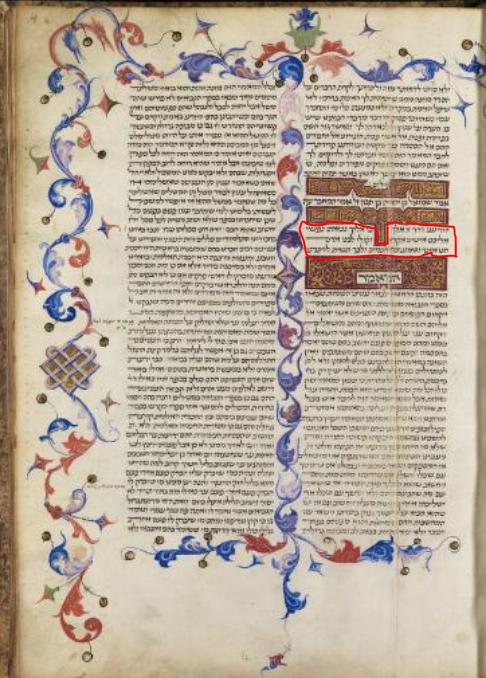 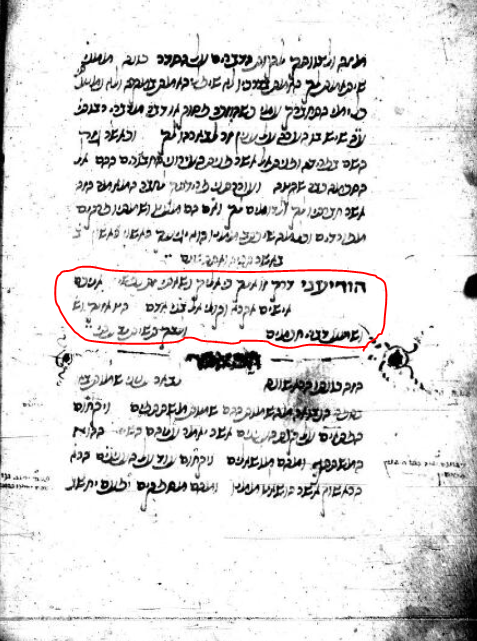 Not the answer you're looking for? Browse other questions tagged history-of-literature or ask your own question.