How can I find Wally?

I'm trying to work my way through Where's Wally? The Fantastic Journey by Martin Handford. But I got stuck on the first page! 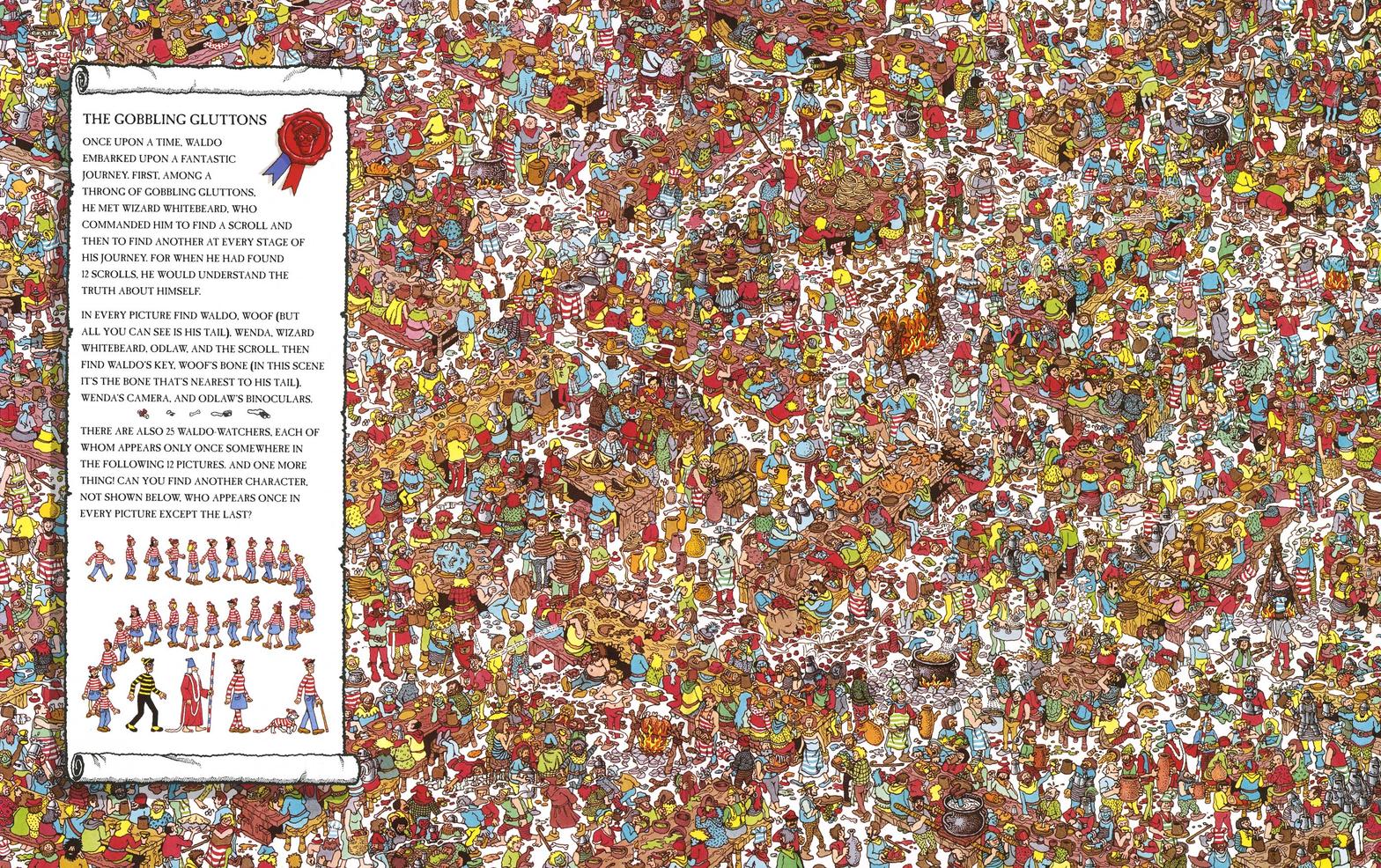 Could you give me some advice on how to find Wally? Where should I start looking, what should I look for, etc.

A computer scientist named Randal Olson actually worked out an algorithm of how to find him.

There are 68 total pages to look in across the 7 books - and by plotting the locations he made a heat map using Kernel Density Estimation: 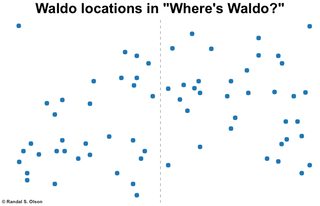 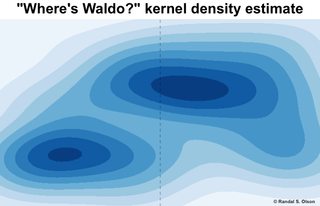 Then using a computer program, he worked out the optimal search path: 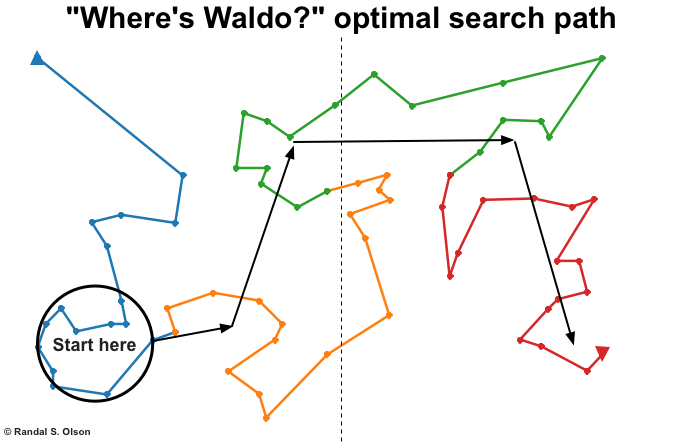 The optimal search path is to start in the black circle and follow the black line. Supposedly, this will help you find him as quick as possible.

A few other tips that I used:

The more you find him the better you get, so don't give up - keep practising!

One good way of tackling this particular genre is to take a marking pen (black is best) and put a cross through the face of everyone on the page who isn't Wally. Eventually, you will find Wally. You can work your way systematically through any "Where's Wally" book in this manner.

P.S. It took me less than 5 minutes by just looking.