Where did the Fables get all those weapons in the first place?

In the second volume of Fables, Animal Farm, we see that the Fables possess an enormous amount of various firearms: 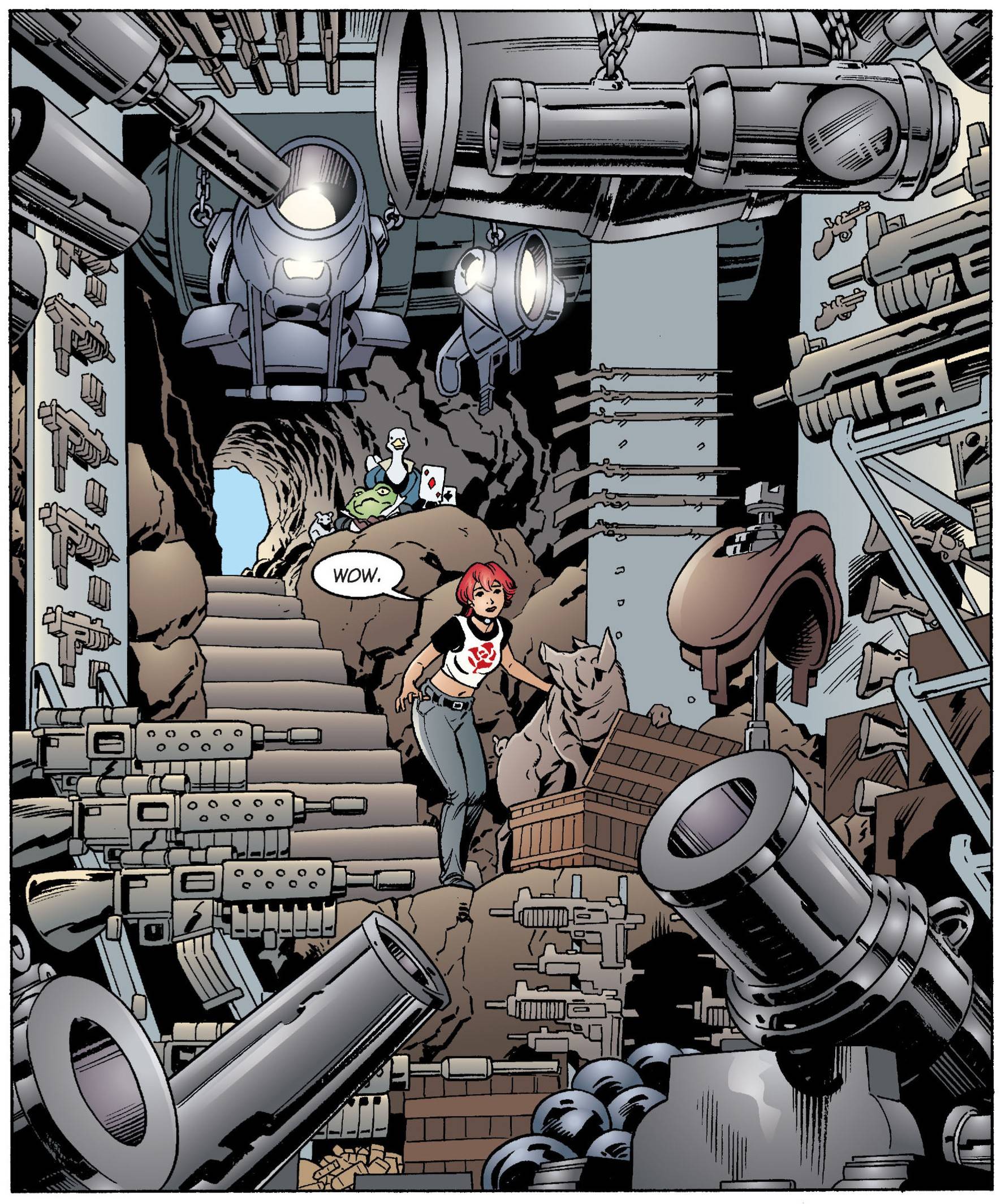 Where did they come from? Snow White states in the first volume that Fables are on a tight budget. She also states most of them couldn't save their wealths from Fable Land when they ran away.

Even past that, had they had those they'd use them to fight the adversary. This all leads me to believe the Animal Farm acquired those weapons after they escaped, and did so in secret, so that the Fabletown didn't know.

Is it ever explained, maybe in the future volumes (I'm only on volume II), where they got the weapons from?

While it is never really stated straight, we can speculate:

Weeeeellll... kind of... Bluebeard had full rooms full of gold and Frau Totenkinder at one stage created a purse that was pouring gold out of it, so saying "poor" is relative

It's been a while since I read through Fables, but while Vol 1 is set in Fabletown proper, which as Snow says may have to operate on a tight budget, while Vol 2 takes place on the Farm, a separate administrative area for non-human Fables, such as talking animals. SPOILER for Vol 2 if you haven't read it, but the Farm Fables have held Weyland Smith, a blacksmith Fable based on the Germanic Wayland the Smith, and either threatened or bewitched him to craft weapons for them, ostensibly for the rebellion against Fabletown depicted in Vol 2. If you're asking where they got the materials for such an arsenal to be created, I guess that's never really acknowledged, but I'm sure there's some reference made to the Farm subsiding off the sellable products such as milk, wool, eggs etc of the animal residents, not 100% sue on that, though.

Not the answer you're looking for? Browse other questions tagged comics fables-comic bill-willingham or ask your own question.