Little Free Library is an organization that builds and distributes miniature libraries that can hold, I would guess about twenty books each. Here's a picture of one from Wikimedia Commons: 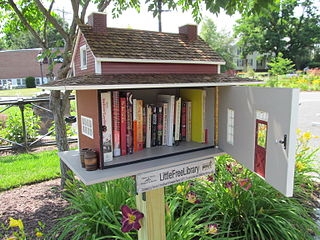 The Little Free Library website claims that their program, by providing a easy, low cost way to establish a miniature library, helps bring books to low-income families who otherwise would not have access to them:

One of the most successful ways to improve the reading achievement of children is to increase their access to books, especially at home (McGill-Franzen & Allington, 2009). But according to the U.S. Department of Education, up to 61% of low-income families do not have any books for their kids at home.

Little Free Libraries play an essential role by providing 24/7 access to books (and encouraging a love of reading!) in areas where books are scarce.

The Little Free Library website cites a lot of stats about how many miniature libraries they've been able to start. But they don't provide any evidence that these libraries are providing books to low income families. So my question is, do Little Free Libraries actually increase low-income families' access to books? Or are they just an excuse to build cute but ineffective boxes to store books. 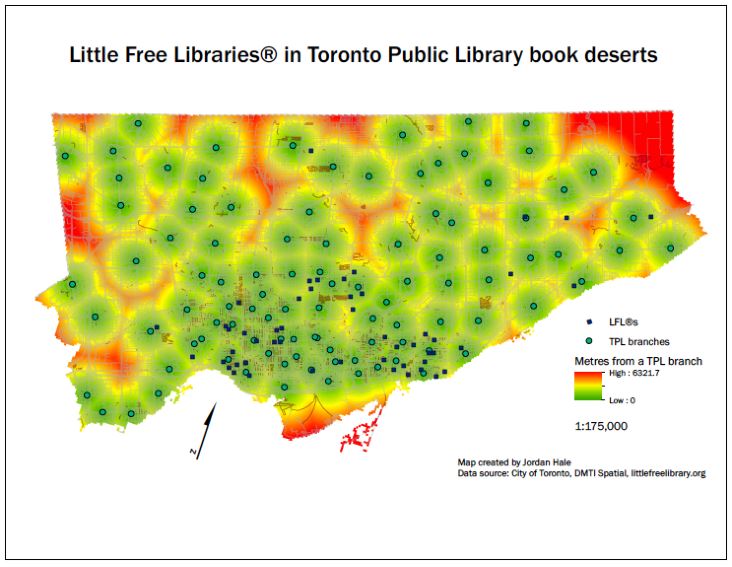 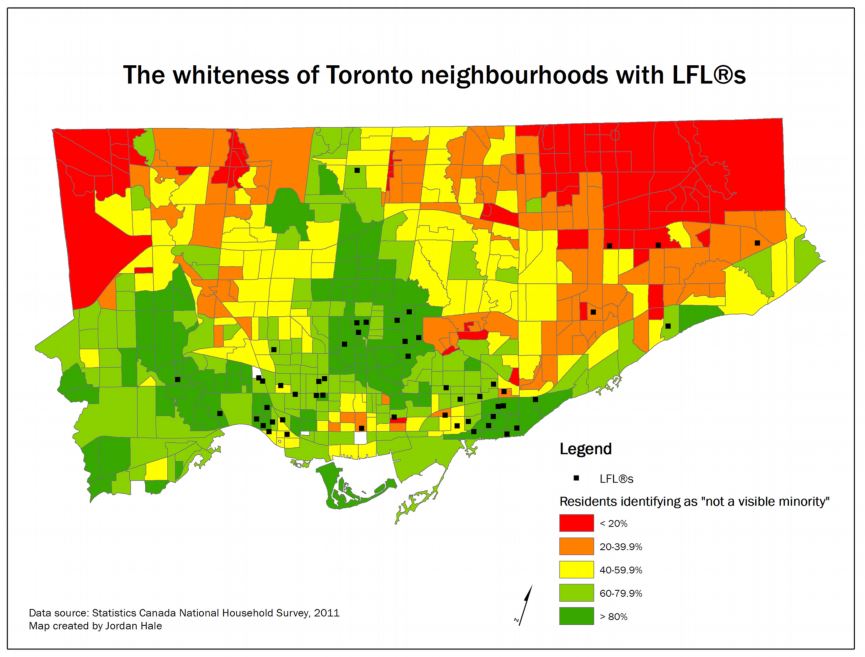 Yes, if I had written this article I would have taken population into account. I took a look at population densities in Toronto, and while locations that aren't near libraries tend to be less dense, in most cases there are still people living there. So while this is perhaps not a best practice, it doesn't invalidate the results of the study. This would have been more problematic if this had been a study of a rural area.

The problem of book deserts is well documented and very serious indeed, so any mass movement aiming to tackle the issue needs to be appreciated for trying to make a difference towards improving low-income people's access to books and literacy.

I am Indian and have no direct experience of this initiative, but was intrigued to read a good many articles about Little Free Libraries including on Wikipedia after first learning of the movement thanks to your question right here today.

I shall be glad to provide more references when I get more time, but it seems to me the important aspect that is maybe not explicitly mentioned in the question, answer or comments is that the vast majority of the book-sharing initiative here is being taken up by individual volunteers who are convinced by the original concept and greatly motivated to start book sharing and community building around that little library on their lawn.

Of course 'Little Free Library' the non-profit company is providing concept, guidance, affiliation and also selling the kits to make the little libraries, but individual book lovers seem to be deciding where to put them up and what books to fill them with, also how to interact with the community.

Individuals living in various places are most of the affiliates, and this movement therefore seems to be not necessarily a vast, centralised, pre-planned, heavily funded and company-regulated project to provide free books to the underprivileged, where the non-profit company decides policy and placement, and so has greater control over the outcomes, but rather an earnest attempt by many like-minded people to inculcate a love of reading in those who have not been reading much to begin with. Not necessarily because they are poor, either.

I suggest that for this very reason it is not easy to assess the impact of this recent movement from the specific perspective of your question -- was providing free books to the poor even the fundamental intention of many of those book-lovers who built those libraries? I think getting more people to care more about reading was likely a more immediate motivation -- but the huge number of affiliated little libraries is itself testament to its global popularity.

According to the same Wikipedia article,

There are more than 50,000 registered Little Free Libraries worldwide, in all 50 of the United States and in 70 countries (...) While the majority of Little Free Libraries are in the United States, the book exchanges can be found in countries around the world, including Canada, Mexico, Brazil, Colombia, Italy, Germany, UK, France, Spain, Netherlands, Sweden, Russia, Armenia, Pakistan, Qatar, Ghana, Nigeria, Sudan, India, Japan, South Korea, Vietnam, China, Philippines, Australia, New Zealand, and more.

The fact that the concept has been adopted in Colombia, Greece and parts of Africa and and Asia tells me that the real impact of this idea may eventually be felt more in developing countries, within communities hungry for literacy and reading opportunities. In developing parts of the world, book-sharing on the Little Free Library model makes sense because access to reading is not a priority and public library systems are underdeveloped. The idea has potential there, is what I mean, although a lot of work will need to be done by the local communities themselves, to build and sustain these valuable social projects.

It is debatable whether such a collection of individual initiatives, even so numerous and popular as this, can really benefit the poorest people, or whether reading can even be grown without addressing the huge problem of poverty, as pointed out in the earlier answer and comments, but while the library profession may be divided about the impact and value of the Little Free Library movement, I read that a list of honors that librarians have bestowed on Little Free Library include Library Journal’s Movers and Shakers Award (2013), the National Book Foundation’s Innovations in Reading Prize (2013), and a Library of Congress Best Practices Award (2015).

So maybe it is time to take the project into the inner-city areas to benefit the impoverished and thus embattled urban communities, as suggested in @Joshua Engel's thoughtful comment?

I leave you for now with this extract from the same detailed article that provided the information about the above list of awards:

Maybe the solution is to fight for library services in underserved neighborhoods [...] if public support for library services and innovation were stronger, especially in marginalized communities [...] if book deserts weren’t a thing, then Little Free Library would have no claim over them [ ...] In just 6 years, the organization has emerged as a recognizable new element of the urban landscape—or at least certain landscapes. Now that all those boxes are out there, Little Free Library could really do something to activate and extend their network.

12
Why do some books warn that books with missing covers may be unauthorised?

13
Why are comic books listed under PN (“general literature”), and not under authors' respective categories in Library of Congress system?