Why is The Dreaming a simple place compared to Hell?

In chapter 2 of Season of Mists, Lucifer says the following to Morpheus, when trying to explain his burden of ruling Hell: 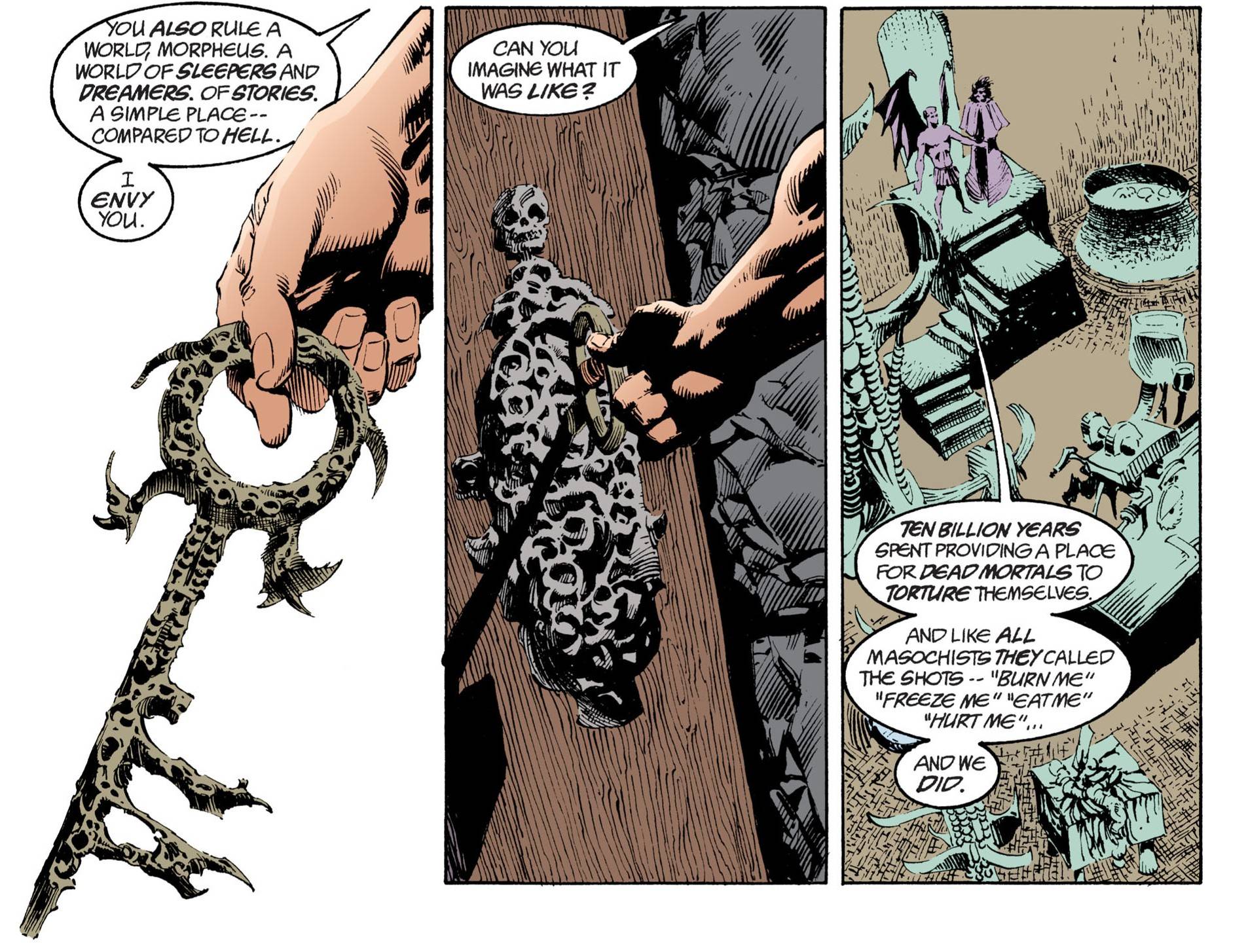 I cannot say I see Lucifer's point here. In some of the further stories it is shown that Morpheus has lots of work in The Dreaming, and that it doesn't seem to be easy to rule at all. What does Lucifer mean by "A simple place - compared to Hell"?

In the Sandman universe:

Forgive me if details are sparse, as It's been years since I last read the series, and I may be conflating the content with the Constantine stories that involve Lucifer, particularly Garth Ennis' run in the series.

But I do recall Morpheus sort of wiping the Dreaming clean in one of his story arcs. He can do this because everything in the Dreaming comes from his mind. This is not something Lucifer can do because the denizens of hell, and ostensibly the terrain, exists independently of Lucifer.

My assumption on Hell as tangible real-estate comes partly The Books of Magic: "The band of refugees were met by Lucifer, who offered them a corner of Hell to have as their own...", another Gaiman creation in the same universe as Constantine and Morpheus.

I seem to recall a similar idea in Susan Clarke, where there is a border relationship between one of Uskglass' Faerie dominions and Hell. I'd be interested to know if this idea pre-dates the contemporary authors.

A simple answer is that souls want to come in to the Dreaming, while they want to get out of Hell. There's a layer of security involved. Also, when Lucifer says Hell practically runs itself, he's referring to a hierarchy of employees who've had millennia to maximize their productivity and learn their mission statement. They all report to him, and in most cases, they probably already know what he'll say.

With Lucifer at the helm, then, Hell does run itself. Once Morpheus takes over, however, all that changes. It's the worst kind of lie, a truth that becomes false as soon as it's told.

Similarly, while Morpheus doesn't comprehend everything that goes into running Hell, Lucifer doesn't appreciate the problems of running the Dreaming. Like a horrible boss, he's trying to get someone else to do his job and their own at the same time, while he goes on vacation.

11
Which traits of Milton's Lucifer from "Paradise Lost" did Neil Gaiman carry to "The Sandman"?

6
Does part four of Doll's House add to the narrative of the volume?
8
In "The Sandman", what are nightmares for?
8
What's up with the colors of Delirium's speech bubbles?
6
Why are Delirium's eyes of two colors?
13
Why does Morpheus look like Neil Gaiman?
9
Are the guardians of Dream's palace based on mythology? Are they symbolic?
2
Why does Lucifer mention Raguel and Sandalphon as possible rebels among the angelic host?
6
Why are the magicians who captured Morpheus "rubbish"?
5
Why Night and Time?