Origins of quote: "Do not meddle in the affairs of dragons for you are crunchy and taste good with ketchup."

I've grown up loving the quote "Do not meddle in the affairs of dragons for you are crunchy and taste good with ketchup." and I've been searching around to find out where it came from (with only a small amount of luck).

I discovered that it came from Suzanne McMinn, however, I have no references beyond that. Did she get it from someone else? Which book did it appear in?

This looks like a spoof of the quote from The Lord of the Rings, by J.R.R. Tolkien:

Do not meddle in the affairs of wizards, for they are subtle and quick to anger.

It comes from The Fellowship of the Ring:

'But it is said: Do not meddle in the affairs of wizards, for they are subtle and quick to anger. The choice is yours: to go or wait.'
'And it is also said,' answered Frodo: 'Go not to the Elves for counsel for they will answer both no and yes.'
'Is it indeed?' laughed Gildor. 'Elves seldom give unguarded advice, for advice is a dangerous gift, even from the wise to the wise, and all courses may run ill.'
The Fellowship of the Ring, chapter 3

As for where the dragon part is from, I found a book called Dragonswan, by Sherrilyn Kenyon.

The first line is:

Be kind to dragons, for thou art crunchy when roasted and taste good with ketchup. (Google Books).

These quotes appear to have been merged.

Okay, nobody knows where this first came from, but here's something from July 27, 1999, in the Salon magazine:

All this, and he has a wickedly weird and original sense of humor. “Do not meddle in the affairs of wizards,” Marceau once said, “for you are crunchy and taste good with ketchup.”

It's also apparently in the 24th of February, 1999 issue of the Plainview Daily Herald, according to this website, but their archives appear to be down (and the Wayback Machine is turning up blank).

The Quote Investigator Twitter account responded to a request for help with an even earlier use of the quote, from Usenet (July 10 1989):

Do Not meddle in the affairs of Wizards, for you are crunchy and go well with catsup

I don't know if Brian Beattie was the first to write this line (it appears as part of his signature on that post), but the quote was there, in some form, in 1989.

I tried sending an email to the email address included in the post, but... 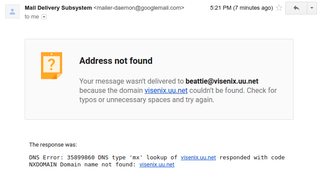 On this Yahoo Answers thread someone mentioned that it was from the Dragon magazine. There are archives available here, for now. I looked through the first 150 magazines, after which it isn't older than the quote above, with a Ctrl + F search for do not m, and didn't find anything - if anyone else want to see if they can find anything, they are welcome to - like, the Ctrl + F search doesn't work on images.

Not the answer you're looking for? Browse other questions tagged quote-source or ask your own question.

7
Where do I find Edmund Wilson's quote "No two persons ever read the same book?"

7
Looking for a quote: "It may be true that every man has his price but there is not enough gold in the world to pay mine"
3
Who is the author of the quote: "We build too many walls and not enough bridges"?
5
"It might be for years, and it might be for ever," - What is the original novel this quote appeared in?
11
Source of quote: "Speaking the truth that somebody wants you not to publish is journalism. Everything else is marketing."
3
Looking for the source of a quote about moving to the edge and declaring it the new center
14
What is the source of "You can achieve a lot with hate, but even more with love" (Shakespeare?)
1
Source of Greg LeMond's quote, "The mountains are the pinnacle of suffering."
5
Source for the "monsters under our bed" quote attributed to Darwin