Why did the writer of the 2016 "Lucifer" comic series change from Holly Black to Richard Kadrey?

I've been following the 2016 Lucifer series, and enjoying it. While re-arranging my Calibre library, I noticed that, while all the issues up to and including 12th have been written by Holly Black, issue 13 was written by Black and Richard Kadrey, while all issues after that were written by Kadrey alone. 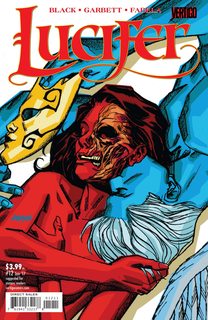 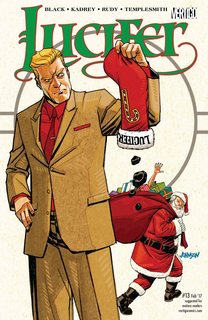 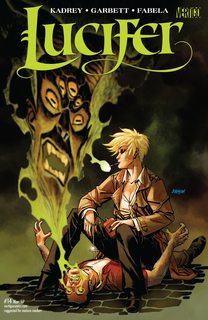 The original Lucifer comic series was written by Mike Carey alone. The Sandman was written by Neil Gaiman alone. While a rotating cast of artists is a known thing in comics, especially in The Sandman and the new Lucifer series (though not so much in Mike Carey's series), I didn't know of a series that would change the writer in the middle of the run, and especially in the middle of an arc.

I know some other comics do it, but I expected Lucifer to be held to a higher standard. What is the reason the writer was changed mid-series? Was it a pre-mediated decision, or was it because of a disagreement over the process (which seems unlikely since Black and Kadrey did an issue together)?

Browse other questions tagged comics holly-black lucifer richard-kadrey or ask your own question.

6
Do "The Sandman" and "Lucifer" deliberately share the number of published issues?
4
Why is desire "a commodity [Lucifer is] short on"?
2
Why does Lucifer mention Raguel and Sandalphon as possible rebels among the angelic host?