I often hear/read people saying that The Witcher books became popular because of the games, but I personally don't believe that.

Recently I heard an interview with the Brazilian translator of the books (Tomasz Barcinski) where he said that The Witcher book franchise has sold over 5 million copies just in Eastern Europe, and even before the games came out.

I tend to believe that, but I have found no sources to confirm that data.

Is there any information on how many The Witcher books were sold before and after the games were released?

Because they weren't translated to English before the games came out :D

There's a thread on Reddit which asks the same question - sadly, none of the answerers quote any sources. It's hard to provide exact sale figures, because there are now different editions and two different translations, but it's certain that the release of the first game marked an increase in sales of the English translation of the book - simply because it didn't have an official English translation before that (at least according to Wikipedia).

Andrzej Sapkowski himself says he was popular in English-speaking countries before the games were published:

The belief, widely spread by CDPR, that the games made me popular outside of Poland is completely false. I made the games popular. All of my translations in the West—including the English one—were published before the first game.
Source; emphasis mine.

But then he says people on signings and cons only come there because of the games:

I wrote the first Witcher story 30 years ago," he continues. "When I come to my author meetings, there's no one in the audience close to my age. I am 69. There's no one. Kids everywhere. How are some of them supposed to know—especially in Germany, Spain or the US — that my books are not game related? That I'm not writing books based on games? They may not know that, and CDPR bravely conceals the game's origins. It's written in fine print, you need a microscope to see it, that the game is 'based on' [my books].
Ibid; emphasis mine.

He says basically the same thing in another interview, while reluctantly acknowledging that games did positively influence the sales of the books:

I believe it is the success of my books that significantly affects the popularity of the games. That in reality, the games used this fact, as my success beat the games to the punch.

"The translations of my books into most European languages - including English - preceded the release of the first game. Long before the game - and it's a known fact - I was a well known writer, even there, where there have been no translations of my work.

Of course I don't want to diminish the role of the video game, it is obvious that it had a positive impact on the interest of foreign publications and the number of translations. A lot of gamers, of course, have only gained interest in the books because they liked the games. Otherwise, they would have never read it.
Source

This attitude of Sapkowski's had attracted a backlash from Dmitri Glukhovsky, the author of the Metro book series, which were also adapted into very successful games:

Without the gaming franchise, the Witcher series would never get this crazy international readership that it has. And it's not just about the gamers but the gaming press and the buzz it creates, and just the feeling of something great and massive and impressive coming out. This got people hooked. He would remain a local Eastern European phenomenon without this, but he would never break into the West. And the same goes for my Metro books.
Source; emphasis mine

The website called NovelRank claims to provide information on book sales, taken from the Amazon website. Here's what the all-time chart looks like for The Last Wish (the first book of the series, published by Orbit) paperback: 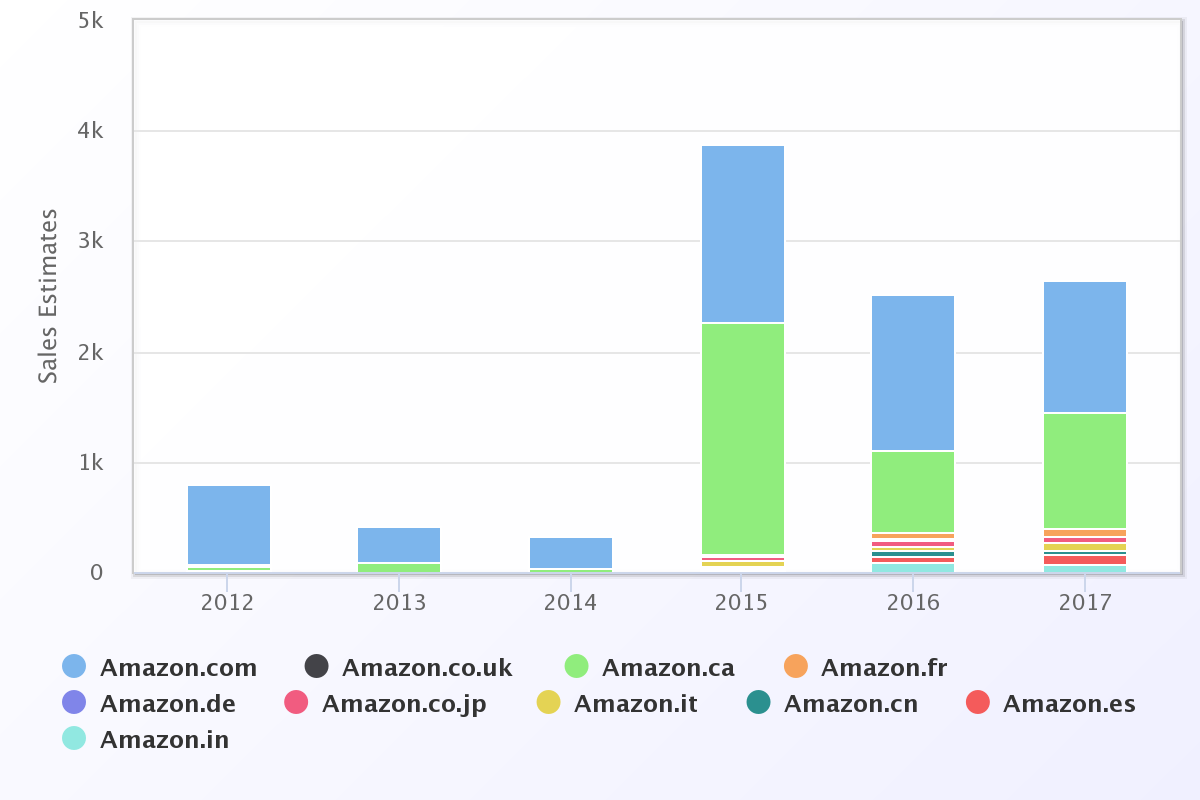 The surge in 2015 handily coincides with the release of the third game, The Witcher 3: Wild Hunt, which is the most commercially successful game of the series, with record number of accolades (>250).

One can see that the sales were steadily decreasing until the year the game was released. Since the game received such positive reviews, and was very warmly welcomed to the public, but most importantly because it contains numerous easter eggs and links to the novels - the characters of Ciri, Yennefer, the Aen Elle elves, cities such as Novigrad and Oxenfurt, the Nilfgaardian invasion (again!), the unicorn scene, the basilisk scene, the blindfolded training scene - I imagine more than one player decided to read the books, either after seeing this on the opening of the game:

Or after seeing this panel in the final credits: 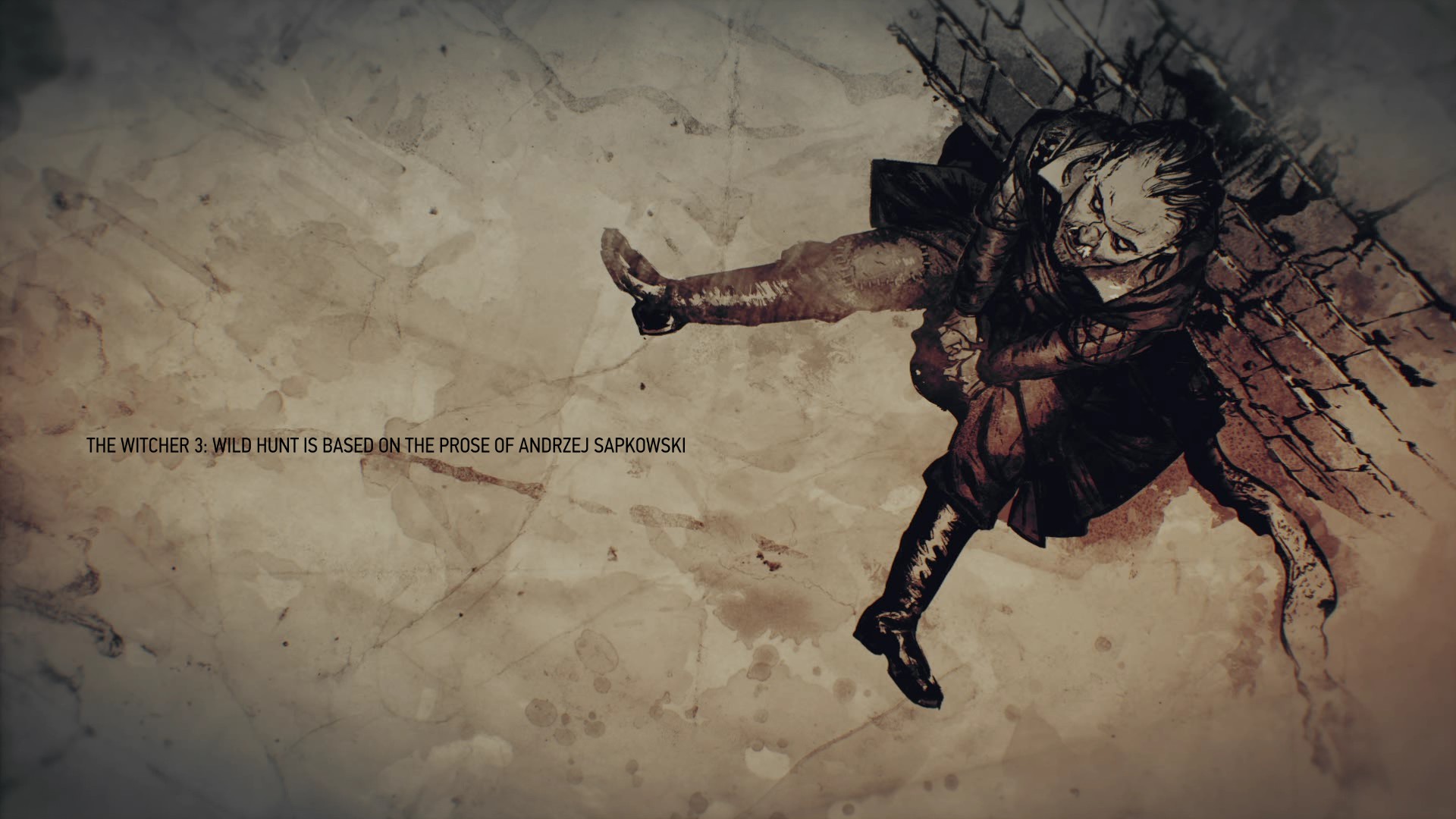 It should also be noted that the last book of the series, Lady of the Lake, has only been translated in March 2017, and the mid-quel book Season of Storms is still awaiting translation.

If we look at the Internet Speculative Fiction Databse entry for The Witcher series - we see that it has French and German translations that predate the games. From my own experience I can say that Russia and Hundary were acquainted with the books before the games - and the Russian translation by Eugene Weisbrot even won numerous awards - but I too was introduced to The Witcher via the first game.

The problem, in my opinion, is the Slavic mythology and the political allusions, in the first, and in the later books of the series, respectively. The mythology would not be familiar to some English (or non-East-European) readers, and the apolytical stance of the protagonist could have gone unnoticed with non-Polish audience.

There's also the matter of competition - A Song of Ice and Fire was being published for the first time in 1990s, and given that the two series are very much alike - geared for adults, gritty atmosphere - the American series most likely attracted more attention.

Not the answer you're looking for? Browse other questions tagged polish-literature the-witcher andrzej-sapkowski adaptations or ask your own question.