In the poem 'The Jumblies' by Edward Lear, the protagonists go to sea in a sieve.

he's grown so old and sordid, he'd put to sea upon a sieve for money.

Where the suggestion is that the love of profit has overtaken sense.

What does it mean by “put to sea upon a sieve for money”?

Edward Lear wrote many of what he called 'non-senses', so it may be futile to expect to extract precise meaning. However, when Lear was a child his family suffered severe 'financial reverses' and he later claimed his father had spent time in Debtors prison, though this is not substantiated. This makes it possible to speculate that the theme of financial folly loomed large for him and may have contributed to his selection of the 'sailing in a sieve' theme. Likewise, 'pinky papers' in the second verse may be a reference to the Financial Times and its distinctively coloured pages.

How about the coracle? It is an ancient round boat which is woven and has skin on the outside, looking much like a willow sieve. It is still made today. The reference to the blue hands and green faces might refer to the Celts and the woo blue dye they used and to their painted and tattooed faces. 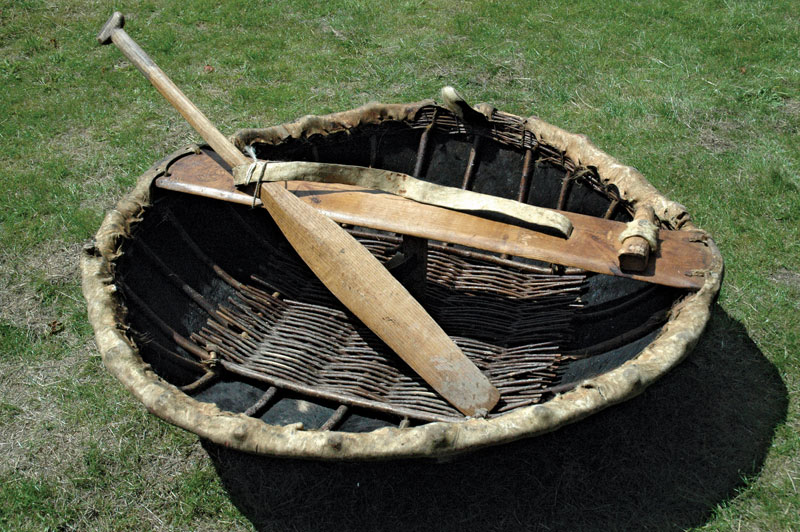 6
How did the man going from/coming to St Ives have seven wives?
7
Why is “Oranges and Lemons” supposed to describe child sacrifice?