What does 'diope' mean in the poem 'Pediatric Reflection' by Ogden Nash?

Many an infant that screams like a calliope
Could be soothed by a little attention to its diope.

What does "diope" mean here?

Ogden Nash was fond of the humorous effect created by employing a rhyme that only works if you distort the pronunciation of one of the words, an effect that he signalled by a deliberate mis-spelling. Here are three examples, with glosses for the mis-spelled words:

Better yet, if called by a panther,
Don't anther.†

A girl who is bespectacled,
She may not get her nectacled.†
But safety pins and bassinets
Await the girl who fascinets.‡

A bit of talcum
Is always walcum.†

So in the couplet quoted in the question, “diope” is a mis-spelling of “diaper” that makes it rhyme with “calliope”.

A calliope is a steam-driven organ, named after the ancient Greek muse Calliope, and notorious for its volume: Wikipedia says, “some small calliopes are audible for miles”. The word should be pronounced /kəˈlaɪəpi/ with four syllables, not /ˈkæliˌoʊp/ with three, for Nash’s joke to work. 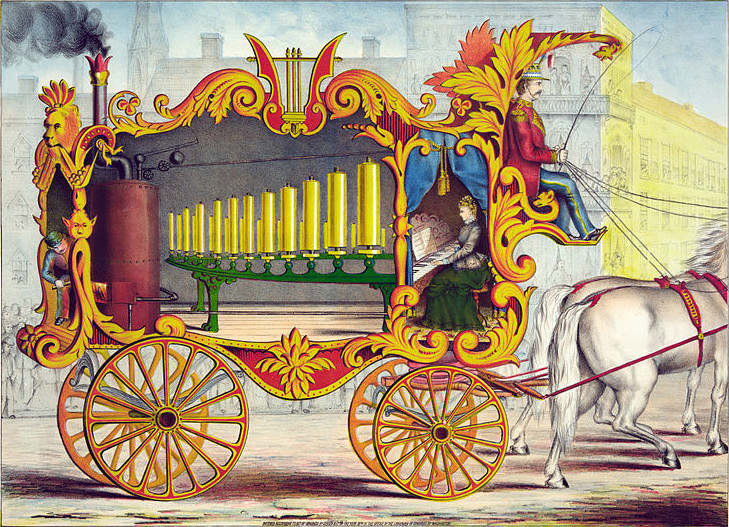 6
What does "atomies" mean here?
13
What does "kettle at the heel" mean in this Yeats poem, "The Tower"?
6
What does "pull down the blinds" mean in Yeats's poem "The Mountain Tomb"?
7
What did Lorca mean by ‘crocodiles’ in his poem ‘The King of Harlem’?
2
Who is "Luna" in Byron's "To Mary, On Receiving Her Picture"?
3
What does "radium" mean in Confessions of a Born Spectator by Ogden Nash?
4
What does the poem "Philosophy" by Nissim Ezekiel mean?
13
Ogden Nash poem on hiccups
5
What does Walt Whitman mean by the last two lines in his poem, "The Voice of the Rain"?