Are there regional variations of Newspeak?

It is repeated several times throughout 1984 that Newspeak is the official language of Oceania. However, as you can see below, although Oceania covers some English-speaking areas (Australia, England, the United States, Canada, etc.), much of its territory has native languages other than English (Spanish, Portuguese, Xhosa, etc.). Since the vast majority of Newspeak vocabulary is derived from English, is this "anglified" Newspeak spoken in South America and Africa, or is Newspeak adapted to work with each native language of each province of Oceania? 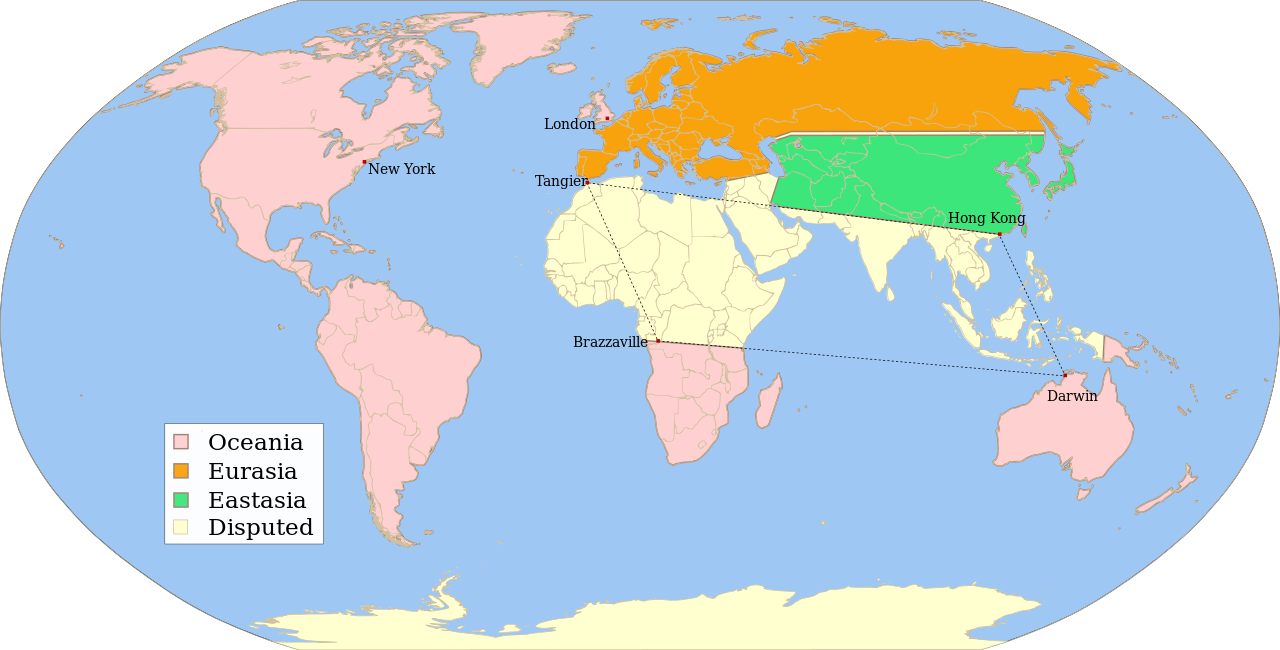 War prisoners apart, the average citizen of Oceania never sets eyes on a citizen of either Eurasia or Eastasia, and he is forbidden the knowledge of foreign languages

It is made very clear early on in the book that under IngSoc, what you would call cultural/national background is despised and probably in way of disappearing. Newspeak would therefore not be adapted to languages that are already banned.

Another possibility though, would be that Newspeak collected some local linguistic structures (Orwell says "formations"), as any language that becomes dominant after a transitional period. This is possible, but the following extract rules it out for the "purest" of Newspeak: before Newspeak became global, it was already purified of most English influences.

Newspeak was the official language of Oceania and had been devised to meet the ideological needs of Ingsoc, or English Socialism. In the year 1984 there was not as yet anyone who used Newspeak as his sole means of communication, either in speech or writing. The leading articles in 'The Times' were written in it, but this was a TOUR DE FORCE which could only be carried out by a specialist. It was expected that Newspeak would have finally superseded Oldspeak (or Standard English, as we should call it) by about the year 2050. Meanwhile it gained ground steadily, all Party members tending to use Newspeak words and grammatical constructions more and more in their everyday speech. The version in use in 1984, and embodied in the Ninth and Tenth Editions of the Newspeak Dictionary, was a provisional one, and contained many superfluous words and archaic formations which were due to be suppressed later. It is with the final, perfected version, as embodied in the Eleventh Edition of the Dictionary, that we are concerned here.

George Orwell, The principles of NewSpeak (appendix to 1984)

(All emphasis not in the original texts)

Not the answer you're looking for? Browse other questions tagged george-orwell nineteen-eighty-four or ask your own question.

15
Was there a reason Room 101 was called Room 101?
3
Are there any motifs or symbols related to imperialism in Animal Farm?
9
Is there any evidence the Party was atheistic?
18
Is there strong evidence that “room 5” in V for Vendetta was a conscious reference to Room 101?
10
Is there any evidence that George Orwell read 'For whom the bell tolls'? Did Hemingway read 'Homage to Catalonia' or (later) '1984'?
3
Are these quotes from Orwell's 1984 similes, metaphors, or something else?
11
In 1984 why does the Newspeak dictionary have numbered editions?