Was Philip Larkin factually correct when he implied that in 1955 the streets in Ireland were "end-on to hills" more often than those in England?

In the 1955 Philip Larkin poem "The Importance of Elsewhere", it reads:

Their draughty streets, end-on to hills, the faint
Archaic smell of dockland, like a stable,
The herring-hawker's cry, dwindling, went
To prove me separate, not unworkable.

Living in England has no such excuse:
These are my customs and establishments
It would be much more serious to refuse.
Here no elsewhere underwrites my existence.

Here's a link to the whole twelve-line poem (due to misprinting on the website, the period that should be at the end of the fourth line is missing, but apart from that it is correct).

Some answers and comments to this question have suggested that the poem does not actually imply that in 1955 the streets in Ireland were "end-on to hills" more often than those in England, and refers only to the street he lived on for a few years in Belfast and some other streets in the vicinity, in what could be loosely referred as a sort approximate grid of streets in that part of Belfast, which are oriented end-on to two specific hills in the distance.

I don’t believe the poem is making any such claim. 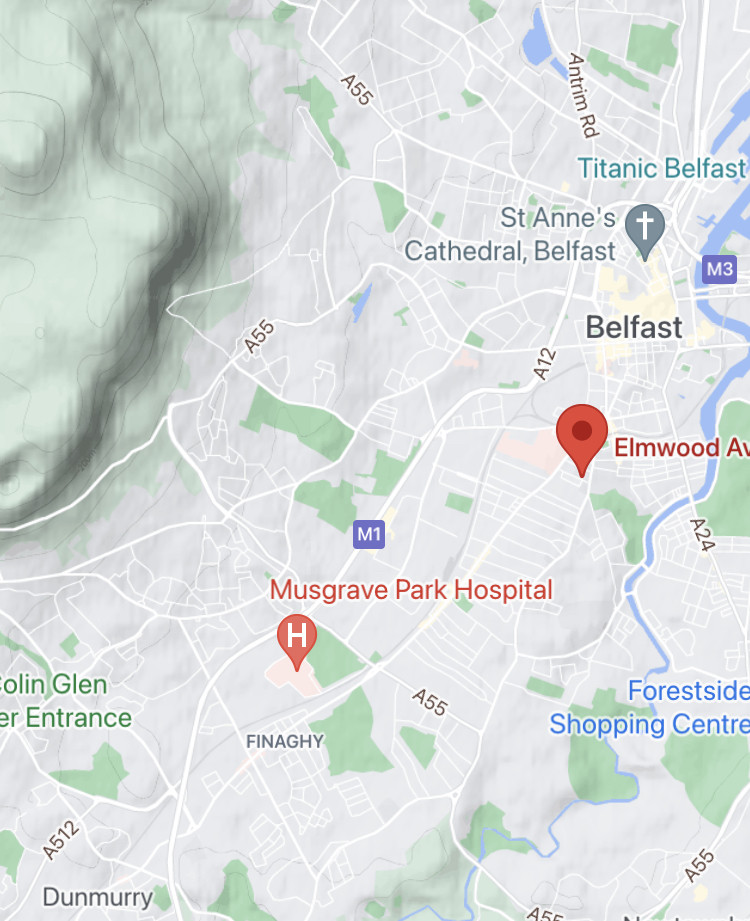 This street lies between Lisburn Road and Malone Road. All of the streets between these two roads, and many to the west of them, can be described as running end-on to the hills of Divis and the Black Mountain, a hilly area of upland heath that lies hard by the edge of the city.

While any view to the hills from that street is now blocked by a University building, that site was probably still occupied by the Deaf and Blind Institution during Larkin's tenure, a two storey building beyond which it is very likely that Larkin could see the hills from his attic rooms. 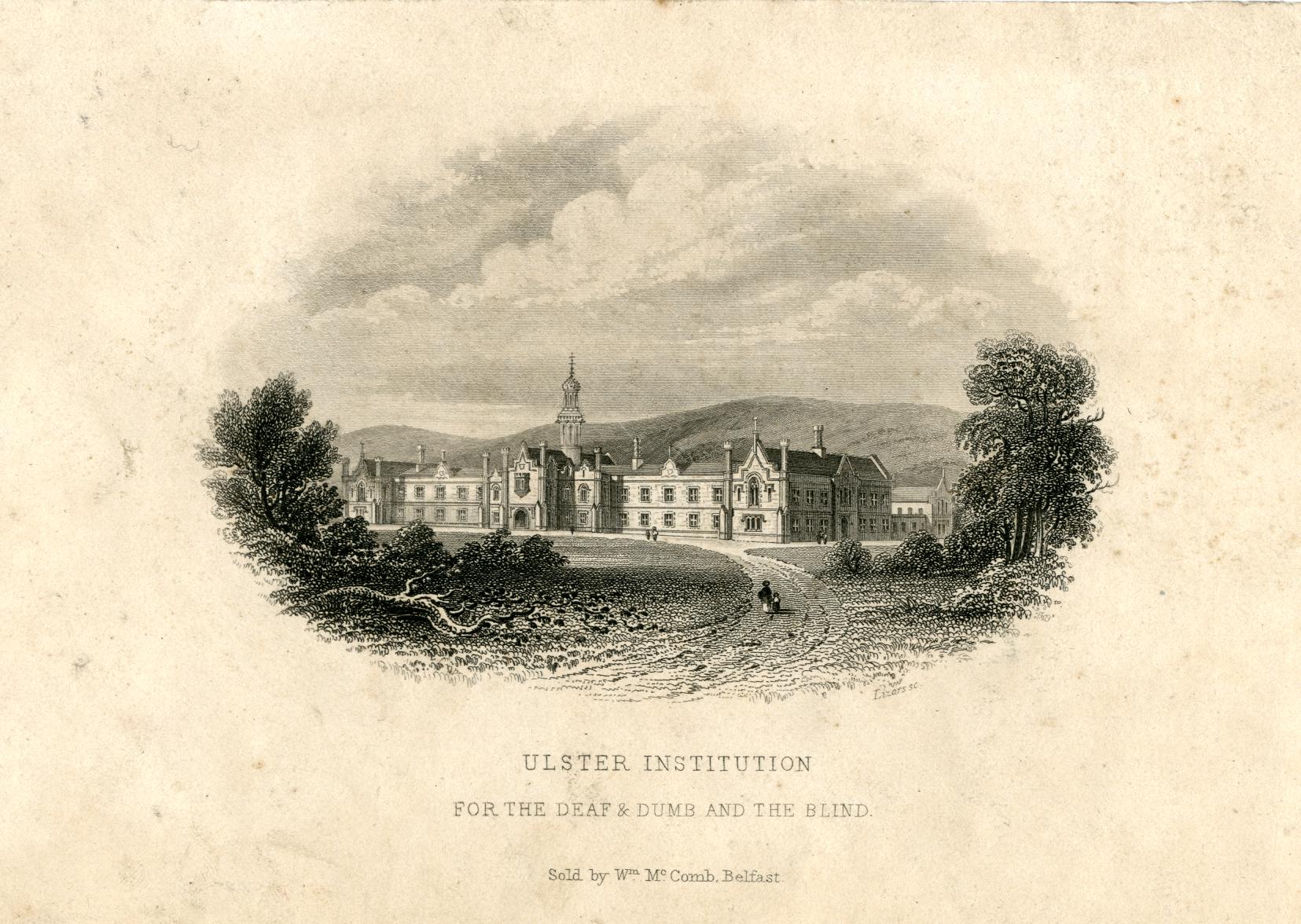 My reading of the poem is that Larkin is talking about his personal experience of living in another specific place, rather than the generality of living in Ireland, or Northern Ireland. He is making reference to his experience living on a street that is one of many that lie perpendicular to the nearby hills, close enough to the harbours and shipyards for the dock land smells and sounds that go with them. Living there he could tell himself that it was the foreign-ness that made him separate from other people, not some unworkable quality in himself, but he has no such excuse in his home country.

Not the answer you're looking for? Browse other questions tagged poetry historical-context philip-larkin or ask your own question.

4
Who first wrote, “one person’s modus ponens is another’s modus tollens”?
0
What did Philip Larkin write about his poem "The Importance of Elsewhere"?

12
What are the "dark Satanic mills" in Blake's Jerusalem?
7
Who first claimed that Blake’s “dark Satanic Mills” referred to the Church of England, and what was their argument?