What does "...they had all been born on their backs with their hands in their trousers-pockets..." from mean?

To five little stone lozenges, each about a foot and a half long, which were arranged in a neat row beside their grave, and were sacred to the memory of five little brothers of mine,—who gave up trying to get a living, exceedingly early in that universal struggle,—I am indebted for a belief I religiously entertained that they had all been born on their backs with their hands in their trousers-pockets, and had never taken them out in this state of existence.

Dickens was inspired to write this scene by a visit to St James’ Church in Cooling, Kent, where he saw these stone sarcophagi in the graveyard: 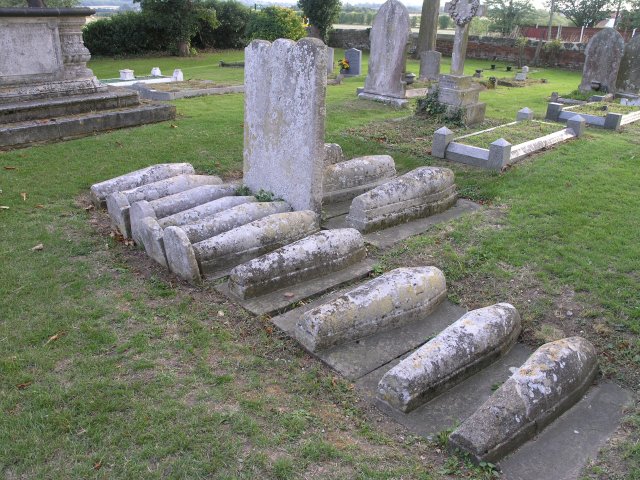 The sarcophagi mark the location of the bodies of thirteen children from the Baker and Comport families who died between 1771 and 1779, aged from one to seventeen months. There was an influenza epidemic in England in this period, and other contagious diseases, including measles and smallpox, were endemic.

Pip’s belief that his brothers were “born on their backs with their hands in their trousers-pockets” is a childish flight of fancy suggested by the lozenge-shape of the sarcophagi. Perhaps Pip had seen a boy lying in this pose, with hands in his pockets to protect them from the cold, and the pose became associated in his mind with the sarcophagi.

Dickens often portrays this kind of illogical leap of imagination in his child-protagonists, for example, earlier in the same paragraph Pip says:

From the character and turn of the inscription, “Also Georgiana Wife of the Above,” I drew a childish conclusion that my mother was freckled and sickly.