The famous epic poem Beowulf is known from a single manuscript, part of the Nowell Codex, which also contains other texts and fragments, including one called The Wonders of the East, sometimes also translated to modern English as The Marvels of the East, which describes fantastical beasts supposedly found in eastern regions of the world (presumably Asia).

I'm fascinated by this apparent knowledge (or pure myth?) of Asian regions dating back to so long ago in western Europe, and I'd like to learn more about it. I tried to search online for an English translation of The Wonders of the East, as exists for Beowulf, but without success. Scans of the original manuscript are digitised online, but this is of course in Old English. 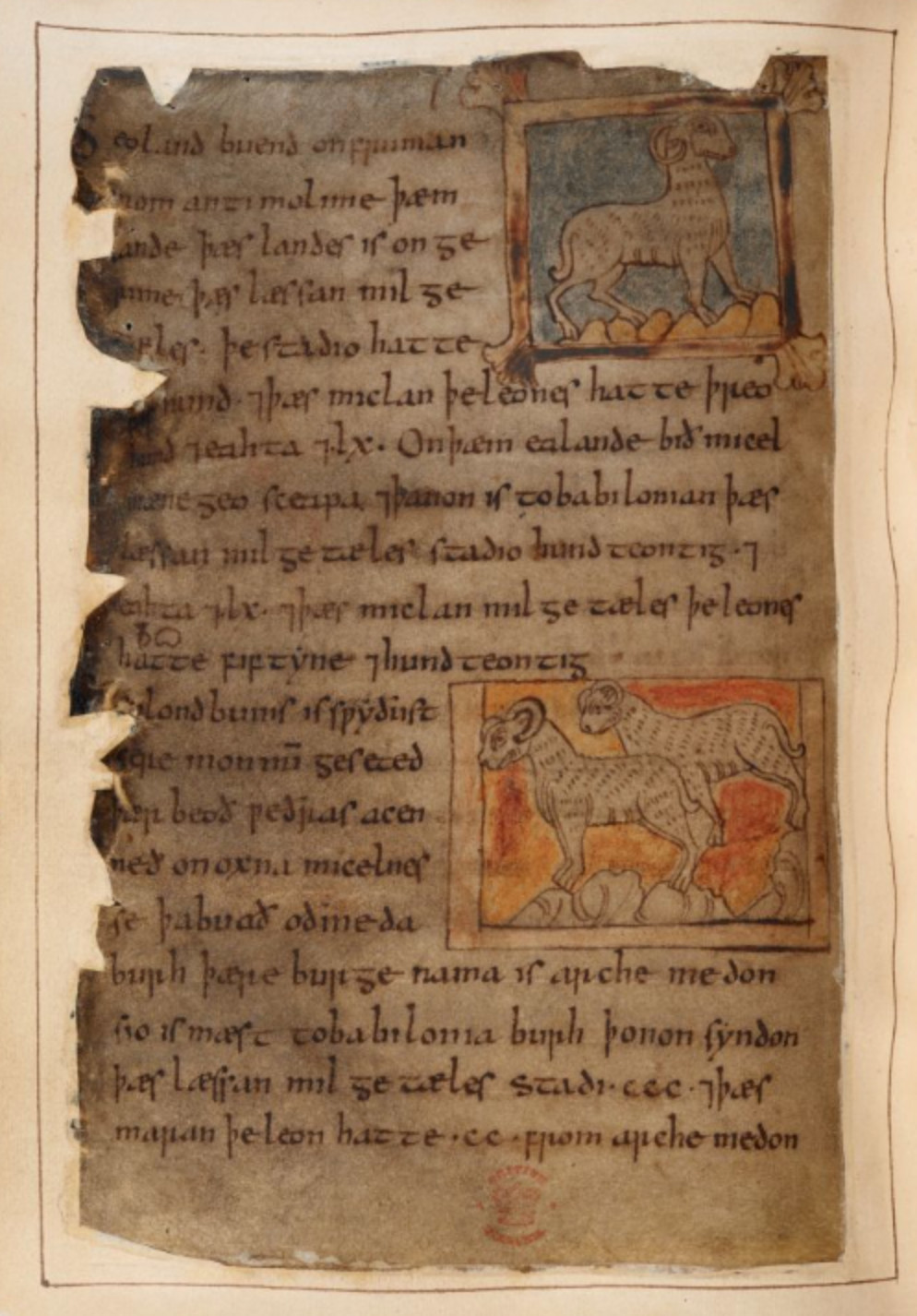 Has The Wonders of the East been translated to modern English? More specifically, is there a translation which is public domain (obviously the original work is, but AFAIU [IANAL] translations are sometimes copyrighted separately) and preferably available online?

I found the text on the site Rejected Scriptures. I also found the text in some other authoritative sources, and this seems to match up. (Note: leuuae means leagues.)

(I'm not quite sure which pictures from the manuscript match up with which paragraph yet.)

Not the answer you're looking for? Browse other questions tagged translation anglo-saxon-literature the-wonders-of-the-east or ask your own question.