Stone age fiction with "summers" instead of "years"

The series is fiction, and has multiple books. The cover I had of the third book has fire and an animal along with the protagonist, I think. The protagonist is a person so it cancels out any books with animal protags. (Mammoth Trilogy, etc..)

The first book's cover is impossible to remember, but there was probably a scene involving winter, ice and maybe a river? Someone saves the protag.

The protagonist leaves his home, along with leaving the tribe that cared for him. Along the way, he seems to fall into an icy river? Another human saves him? The characters use "summers" instead of years, and the MCs are most likely teenagers.

I last read this book somewhere around 2017-2019, and can't remember any names at all. Winter is a conflict in the first book (freezing to death is bad apparently), so it's set around the ice age.

It was probably made after 2000, perhaps after 2010. If I were to give it an age rating, it would probably be PG? On-par with Wings of Fire and Warriors.

The tidbit about the characters using "summers" instead of years leads me to believe it is indeed the Earth's Children series by Jean M. Auel you're looking for.

The series chronicles the life of Ayla, a young Cro-Magnon girl, who gets adopted into a Neanderthal tribe, the titular Clan of the Cave Bear. It is set in prehistorical Europe, around the time of the last Ice Age. She is cast out of the clan and treks around Europe, looking for "The Others": Cro-Magnon like herself. She travels with her lover Jolandar, looking for Jolandar's tribe.

A cover for the fourth book in the series, The Plains of Passage, looks a bit like what you've described (thanks to DavidW for the information): 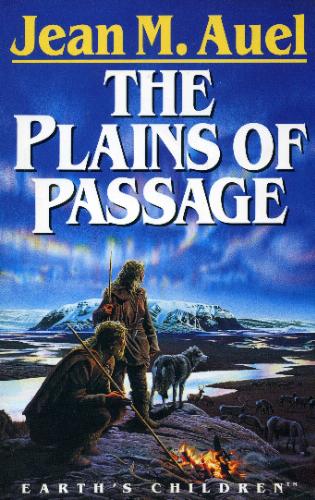 Although the UK covers may come closer to what you described in a comment as "rather pretty / aesthetically pleasing": 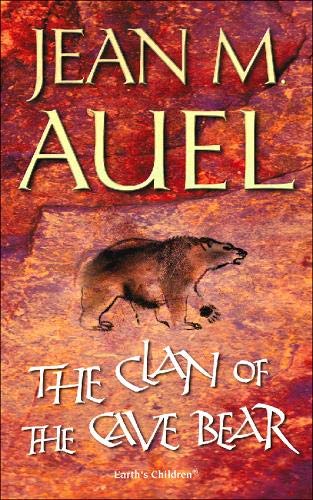 8
Trying to remember a junior fiction story about boys who go back to medieval times
2
Short story (or maybe a small book) about two students kidnapping a teacher
7
Book involving the apprentice of a ranger who fixes a dented canteen with swollen grain, learns to use that to break gates
6
Novel about a contract killer being pursued by other killers - Started with an icepick guy and ended with a Latino woman disguised as a cleaning lady
1
Hardback book, read in the late 1980s, involving a wandering samurai investigating a cat demon tearing peoples' throats out around a village
4
Book about a mentally retarded girl being sexually assaulted by boys at her school, and one of them coming to grips with what he's done
2
Thriller novel where the main character escapes an underground complex explosion by running up the stairs really fast
5
Short animal stories book identification