Why does Mussolini refer to war as female?

In the beginning of Chapter Three of his autobiography, Benito Mussolini writes the following:

War had come — war — that female of dreads and fascinations.

What is supposed to be conveyed by calling war a "female of dreads and fascinations"? Is it meant to metaphorically/symbolically evoke some perceived aspect of femininity? If so, what?

A quick Google search for the phrase found no other uses besides Mussolini's autobiography, so it doesn't seem to be a common expression.

That war is grammatically feminine in Italian probably helps, but the chief element here is that he is personifying war as a femme fatale, beautiful and alluring while very dangerous. This allows him to explain shortly how something so ghastly can also fascinate. 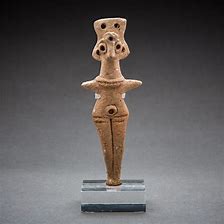 However often fought by men, war itself has been personified as feminine longer than writing, in Mesopotamia as well as among the various Indo-European warbands. The Proto-Germanic root of war and guerra seems to have been feminine and of course guerra itself is feminine in modern Italian. 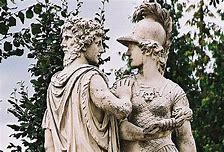 For what it's worth, I know we aren't trying to make Mussolini sound better for the next generation but female is just a cringingly bad/lazy translation here. Femmina should just be woman or, if you really wanted to drive home the point about his own vulgarity and the fact he's purposely avoiding the more common and respectful donna, something base and sexist. His imagery there is doubtless something about how she's really just waiting for a manly man (in tights!) to submit herself to.

Of course that all ended about as well as you'd expect, just from these lines alone. 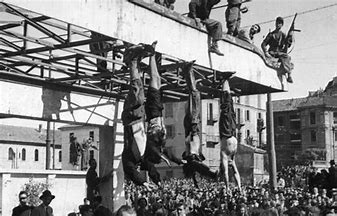 Not the answer you're looking for? Browse other questions tagged symbolism wording-choice italian-literature my-autobiography-mussolini benito-mussolini or ask your own question.

20
Why does the Lady of Shalott stay instead of stray?
20
Why does Pinocchio's nose grow?
1
Why does Anastasia describe her reaction to Christian as "irrational"?
5
Why does Shelby Foote use the phrase "airline miles" in The Civil War: a Narrative?
6
Why does Ray Bradbury use "flounder" for an action with a positive outcome?
0
Why does Bradbury use "had to" in "what they had to offer."?
4
Where did Boccaccio refer to Dante's Comedia or Commedia as the Divine Comedy?
4
Which does this part refer to, a pencil or the words?