What does "speed the plow" mean in David Mamet's play?

What does Speed-the-Plow mean in David Mamet's play? I know that it is a traditional song that farmers sang to ask God to bless their crops. But I can't figure out the relationship between the meaning of that song and the play.

The play is about two film producers. They want make a movie for the summer, but an artistic novel comes to their office, and their boss ask them to give a courtesy read. A girl is fascinated by the book, and by seducing one of them she wants to get his permission to make a film from book instead of a moneymaker movie. At last the other guy slaps the man and humiliates him and his weakness that led him to let the girl take charge.

At last the girl is kicked out, and everything goes back to normal. Is there a sexist metaphor, or a theological meaning is the song?

title david-mamet speed-the-plow
Share
Improve this question
edited May 13 at 3:39

Mamet seems to have not been referencing a song itself so much as an aphorism derived from its presentation on items of crockery.

Finally, on a hunting trip in East Texas, Mamet got the title for his play. ''We were at a forge, watching a friend of mine pound out the steel for a hunting knife, and I remembered the saying that you see on a lot of old plates and mugs: Industry produceth wealth. God speed the plow.

''This, I knew, was a play about work and about the end of the world, so

Speed-the-Plow was perfect, because, not only did it mean work, it also suggested having to plow under and start over again.''

As you observe, Speed the Plow/Plough' is a Traditional song. There are (at least) two songs which use the phrase 'God speed the plough'.

a short, satirical complaint, listing the various indolent members of the clergy who will demand a share of the ploughman's harvest, rendering his work futile.

The other, which seems more relevant to the Mamot source is an early 19th century song which is known under various titles: The Farmer's Toast, Success to the Farmer, Jolly Farmer, and God Speed the Plough. This song, unlike the earlier, is not a complaint at those claiming a share of farmers' profits, though it recognises the reliance of others on the farmers' work, the whole is more of a statement of content with the speakers lot:

The full phrase Mamot quotes doesn't appear in the song, but as this image of an antique cider tankard shows, when part of the song was reproduced on plates and mugs, a line about industry might be added as a sort of caption, which suggests that it is items bearing this later verse that Mamot was referencing. 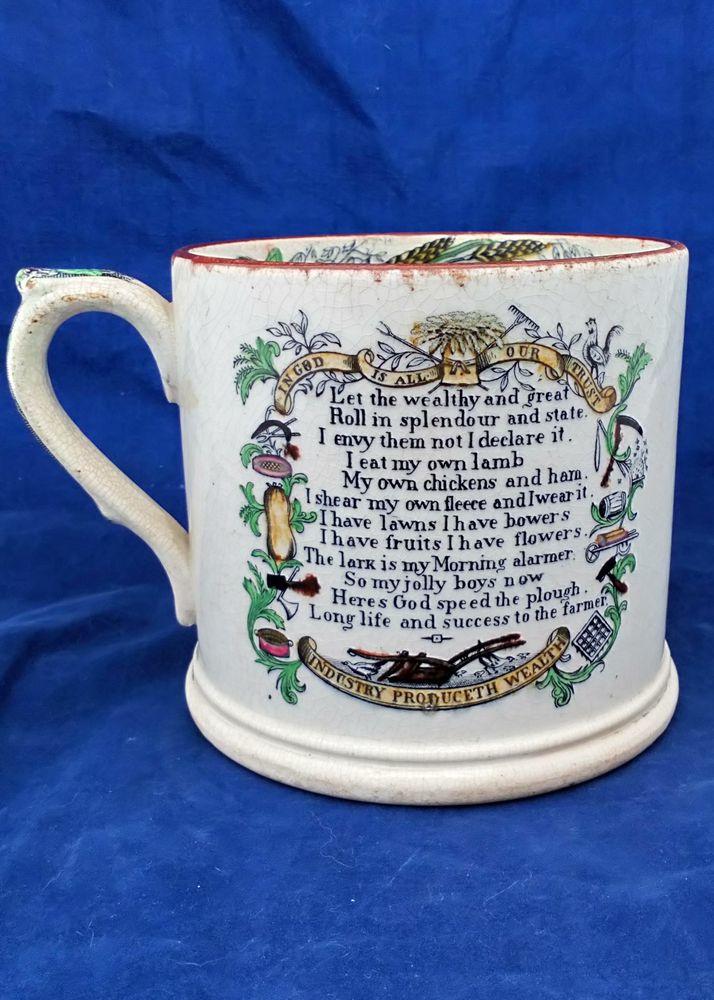 Not the answer you're looking for? Browse other questions tagged title david-mamet speed-the-plow or ask your own question.

5
What is the significance of the title of the book Wool?
12
Why is the Agatha Christie play called "The Mousetrap"?
8
Why does the Czech translation of "Till we have faces" mean the opposite?
2
Does the title of "The Neverending Story" have a double meaning?
7
What is the literary effect of dropping articles from titles?
3
What does "card" in the title "Gwydonius; The Card of Fancie" mean?
4
In what tradition are sagas named some variation of the protagonist's name?
5
Why the name "The Winter's Tale" for Shakespeare's play?