What does "Sensible plans of action clicked their wooden sides together without meaning," mean?

In the huge room beyond the partition the phone rang and she heard Elizabeth pick it up. Before the caller had a chance to speak, Elizabeth said in a slow, low, very distinct voice, ‘Don’t ever ring this number at this hour, ever again. Is that clear?’ Vicki turned off the taps and stood in the bath. Sensible plans of action such as ‘Step out on to the floor’ or ‘Call out and ask her for a towel’ clicked their wooden sides together without meaning, like building blocks. She heard bed-clothes rustle, then a stillness. If she stood there long enough the drops of water would dry on her. Would her whole life be made up of these moments? The difference between these moments and being dead was that live people were always supposed to be doing something. Dead people could just shrivel. Her mother was lying on her back in a dark box, crabbed and cramped as a bat; her arms and legs were drawn up against her torso by the hourly drying and tightening of her skin which was by now no longer skin but had become cracked leather, dark reddish brown and ridged and shiny like what you saw on cooked ducks in Chinese food shops. Vicki had an idea that this was not scientifically accurate but she preferred this theory to thinking about dampness and worms. She closed the fire-escape door as quietly as she could. There was no sound from the bed.

Does "wooden" in the sentence "... clicked their wooden sides together without meaning, like building blocks." mean:

I do not know why she is comparing these decisions with "building blocks" does "blocks" here mean: "bricks"?

and does "without meaning" mean "this plans that came to her mind were not logical"?

And about the second part in bold:

Is she thinking of herself as dead person because she is standing still in the bath and she think that live people always supposed to be doing something?

Does "crabbed" mean: "sullen" and "cramped" mean: "unable to move and feeling uncomfortable"?

Sometimes you have to bring a little imagination to your interpretation of a work. This author seems to use a lot of non-standard similes and imagery in her work, so there will not always be a straightforward source to point you at, and any interpretation you read here may not be exactly what the author was thinking of when she wrote it.

To me the line about building blocks makes me think of the way small children will knock their toy blocks together in an aimless fashion, seeming almost hypnotised by the sound, rather than using them to make a purposeful structure. 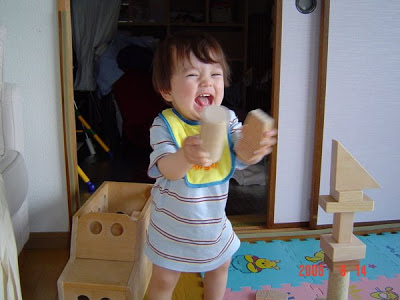 What it makes me think in terms of the character is that she finds herself aware of the useful actions she could take, but in the moment finds herself wielding the ideas aimlessly rather than making a plan.

She is not thinking of herself as a dead person, but contrasting her situation with that of a dead person. A dead person doesn't need to assemble the blocks into a plan, she a living person always has to decide, eventually, where to put the next metaphorical block.

Of trees, sticks: Crooked; having an uneven and rugged stem, gnarled, knotted; having cross-grained and knotted wood.

This can be figuratively applied to the human body, living or dead. It could be that the author wants us to think of Vicki and Elizabeth's mother as being gnarled and knotted like a stick,but the full reference is to her mother's body in her coffin being

crabbed and cramped as a bat; her arms and legs were drawn up against her torso

could also conjure up Vicki imagining that, as as her mother's body dried out, her arms pulled up tight like a bat folding its wings or possibly even literally like a crab, pulling its claws up perhaps like a hermit crab, both making themselves small with all their limbs pulled in close to their bodies. 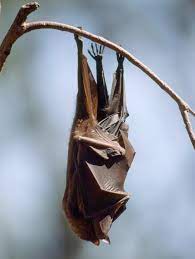 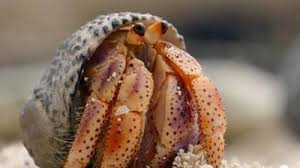 The word building blocks in English generally means a toy: a set of wood blocks, often of various shapes, that children use to build structures.

I have only a guess about the point of the metaphor: If you have a bunch of building blocks, then there are lots and lots of possible things you can make with them, so you have to decide between them. Here, the heroine is faced with a situation—being in the bath and not having a towel handy—where there are lots of possible solutions (none of them that good) and she has to decide between them. She appears to be paralyzed by indecision, and is possibly recalling situations from her childhood where she was paralyzed by indecision.

In fact, the whole paragraph seems to be about her inability to make decisions. Dead people don't need to decide anything, but live people need to decide what to do and then start doing it.

8
Meaning of "as it was, she witnessed minor twinges of the appropriate emotions occurring distantly, as if to some other girl"
0
Meaning of "dawning way" and the use of "altogether" in the context below
1
Meaning of "he’d go down between sets and find her"
0
Meaning of "Low down on the sky was a narrow band of apricot, all that was left of the daylight."
1
Meaning of the dialog in bold and "sour street light"
4
Meaning of "She had all the colour and dynamism of a parsnip"
5
What do "Things were buzzing" and "school swot. Swat, get it?" mean?
1
Meaning of "I've made my reputation as a strong woman. I reckon I’ve earned the right to a..."
1
Meaning of "Its surfaces were dull with the absence of meaning."