Explanation of a pargraph from "Five Children and It"

I can't understand this paragraph from Five Children and It. What does it mean? Please explain.

The shadows got longer and longer, and at last there were no separate shadows any more, but one soft glowing shadow over everything; for the sun was out of sight—behind the hill—but he had not really set yet. The people who make the laws about lighting bicycle lamps are the people who decide when the sun sets; he has to do it too, to the minute, or they would know the reason why!

My reading of it is that it is a wry jab at the 'sort of people who make laws about lighting bicycle lamps'. The narrator judges them to be bossy sort of people who like their word to be law. Hence if the sun did not set at its appointed time they would demand that the sun provide them with an adequate explanation of his aberrant behaviour. 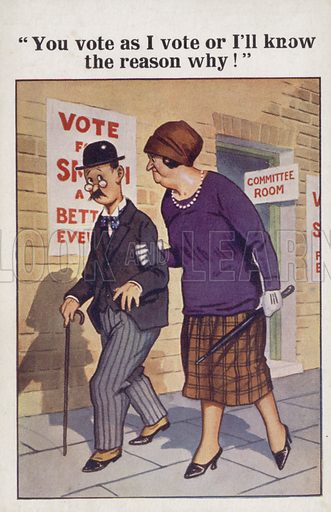 The rules surrounding lighting bicycle lamps at that time were to be found in the Local Government Act of 1888 and state:

bicycles, tricycles, velocipedes, and other similar machines are hereby declared to be carriages within the meaning of the Highway Acts ; and the following additional regulations shall be observed by- any person or persons riding or being upon such carriage :-

(a.) During the period between one hour after sunset and one hour before sunrise, every person, riding or being upon such carriage shall carry attached to the carriage a lamp, which shall be so constructed and placed as to exhibit a light in the direction in which he is proceeding, and so lighted and kept lighted, as to afford adequate means of signalling the approach or position of the carriage ;

It is interesting to note that while current laws require the use of lights 'between sunset and sunrise' the older rules allowed for riding un-illuminated in the twilight for an hour at each end of the day.

If you had two people on a plain with a single hill, and one of them was to the east of the hill, that one would cease to see the sun at any earlier time than the other.

However, an astronomer calculating the sunset for a given longitude and latitude would not take into account such variation but only a mathematical definition of the horizon. These are the sorts of "sunrise" and "sunset" times you can see in the paper or on various websites. This is also the sunset that governs when the wishes cease to operate in the story, thus prolonging the children's problem.

Like the laws about bicycle lights, the rules about sunsets are top-down and abstract principles. Nesbit then pokes some fun by pretending that the astronomers, like the legislators, are giving orders instead of applying an abstract principle.

Not the answer you're looking for? Browse other questions tagged meaning e-nesbit five-children-and-it or ask your own question.

15
Explanation of the line 'But you don't really care for music, do you' in "Hallelujah"
7
Explanation of a line from the poem "I do not love you " by Pablo Neruda
3
Meaning and significance of "vaultlike door" and "contract around the object in a single yawn of appetite" in Egan's A Visit From The Goon Squad?
1
Meaning of these dialect words and phrases from Artemus Ward, "On Forts"
1
I am having trouble understanding a passage from "Pride And Prejudice"
6
Meaning of "Lor’ lumme if there ain’t another on ’em!" from "Five Children and It"
5
Meaning of "He's soft, ain't he? Them giants mostly is" in "Five Children and It"
5
Meaning of "down here after measles, as likely as not!" in 'Five Children and It'
8
Meaning of: "the photographic views, the spyglasses you look at them" in 'Five Children and It'
4
Paragraph from Wuthering Heights: "Yesterday afternoon set in misty and cold..."