Where is "Keumgang-Gul / Diamond Cave"?

This short poem by Ko Un is entitled, in its English translation by Sunny Jung, "Keumgang-Gul / Diamond Cave". I'm assuming that Keumgang-Gul is the original Korean title and it translates to Diamond Cave? Does this refer to a known location, or is the poet speaking more abstractly about a cave of diamonds? I've read other similar poems by Ko Un which do refer to real locations, but searching the internet for "Keumgang-Gul" just gave me references to this poem. Maybe someone who knows Korean would be able to search better, or indeed would know the answer directly if this is a famous place in Korea.

The place you seek is actually better transliterated as "Geumgang-Gul".

Geumganggul Cave is a cave located in Seoraksan National Park, in Sokcho, South Korea... It was once a place of worship and contains a Buddha stone. - Wikipedia

It's located very far northeast of the country. 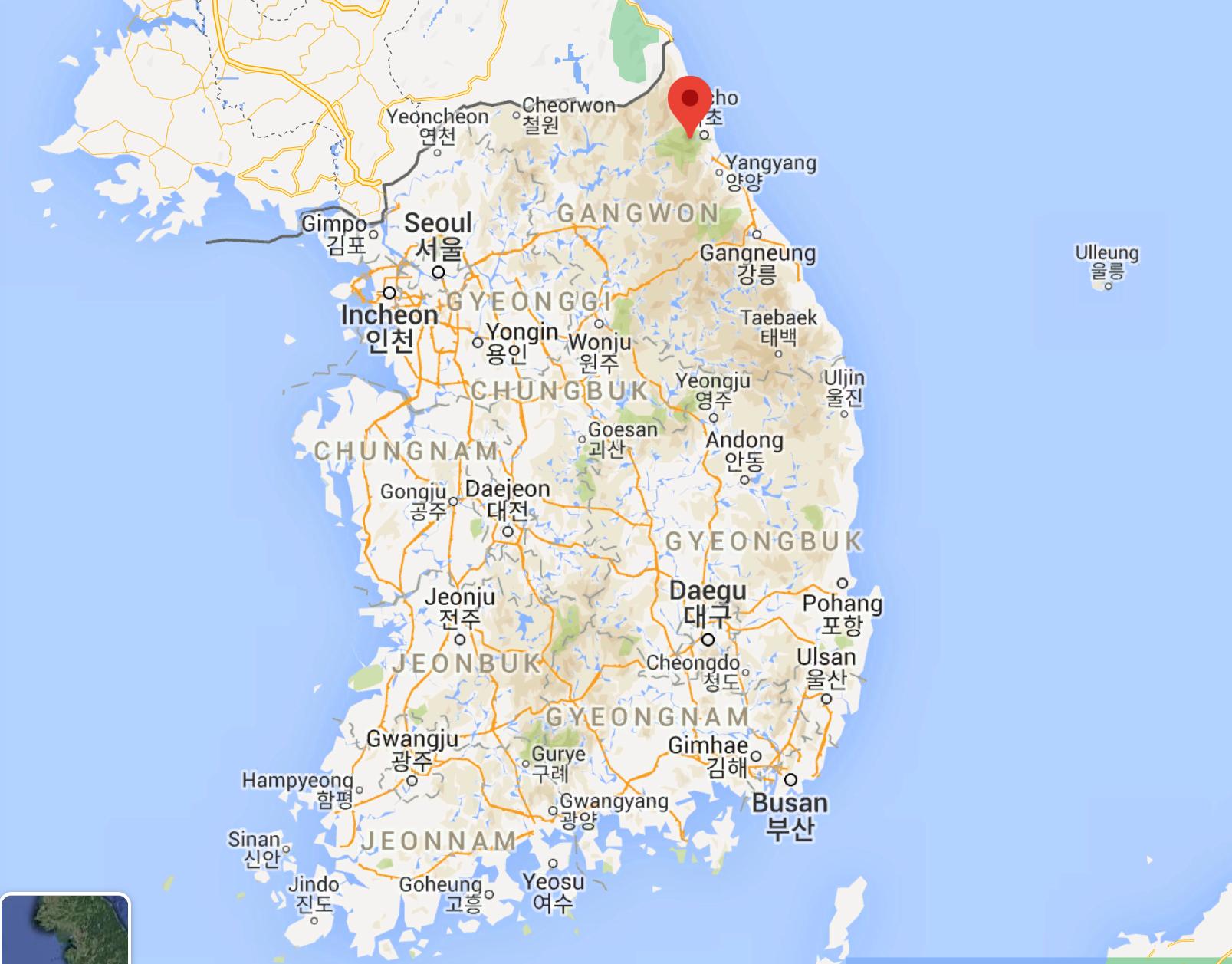 You can walk there from a famous temple called the Sinheungsa Temple also located in Sokcho, via a route called Biseondae. Sinheungsa is famous for having a massive Buddha statue there.

As I mentioned, the correct better way to transliterate this is Geumgang-Gul. I genuinely have no clue why it's spelled as "Keumgang-Gul", especially because the "k" sound in "keum" is the same sound as the "g" sound in "gang" and "gul". It was genuinely confusing for me the first time. This is also why you won't get any results when you look up "Keumgang-Gul" into Google.

I also don't know why they translated it as "Diamond" Cave. Geumgang-Gul can be broken down into "sub" words if you will:

Anyhow, I'm not sure what the etymology behind "gang-gul" (강굴) is, because that's beyond my Korean skills, but maybe like a "river den" or something? 동굴 (dong-gul) is the common term for cave, though someone more experienced than me in Korean might be able to explain the "gang-gul".

But why is 금 translated as "diamond"? I don't understand the translation thought behind that. Not that searching "gold cave Korean" gives you anything, but I'm just confused.

Anyhow, those are the reasons why searching "diamond cave" or "keumgang-gul" into Google doesn't give you any results, because it's doesn't mean "diamond" nor is it transliterated correctly.

Not the answer you're looking for? Browse other questions tagged poetry setting korean-literature ko-un or ask your own question.

14
Where are the white folks in The Expanse?
12
Where is the start of Treasure Island set?
10
Where is Kafka's "The Trial" set?
4
Where is the setting of "A Hawk in Silver" based on?
7
Where are Greenfield and Silver City in The Boxcar Children?
10
Where is Momo set?
12
Where was the Odyssean Ithaca?
3
Where is Thisby in The Scorpio Races?
1
Where is Dolphin Island?
2
Where is the Kurdish principality of Botan?