Should Henry 6, Part 3 be read prior to reading Richard III?

For context, this reading is entirely devoted to pleasure. I am not analyzing (academically) nor performing the plays, and my desire to read the plays derive completely from my profound affection towards William Shakespeare, and the language of the period and the point that I have been known to perform his work also is a source of reason why. I have read almost all of Shakespeare's tragedies, so the archaic language is not a nauseating barrier for me at all.

My question is: should one who wants to read The Tragedy of Richard III, with the landing of Earl of Richmond, and the battle at Bosworth Field, beforehand read King Henry the sixth, part three?

I am already aware of the ending of Henry 6, part 3, with the infamous murder sequence, and, I also have read and know by heart the "I can change colours of the Chameleon" soliloquy delivered by Richard, Duke of Gloucester in the middle of the play (actually Shakespeare's longest soliloquy in the canon, as far as the Folio text is concerned) So by all of this, what I am trying to say is I know the overall essence of Henry 6, part 3, and my overall goal is to read Richard III, and thus, would anyone who has read both plays advise the reading of Henry 6, part 3 to fully understand the context of Richard III, and further understand his character? Or does anyone believe that reading Henry is not that important in understanding Richard III? and if so, what are some things, if anything, I should know from Henry 6, part 3, if I decide to skip it and move on to reading Richard?

Insight would be immensely appreciated.

Images courtesy of the archives of the British Library (Both from Volume 4 of Rowe's 1709, first illustrated edition of the Works of Shake-spear) 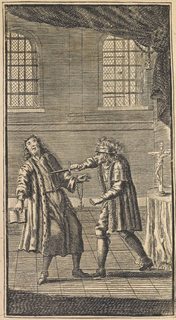 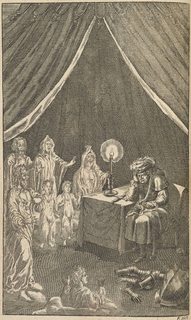 Richard III stands on its own, so it wouldn't be strictly necessary. The histories may not have been written in chronological order (there is circumstantial evidence to place Henry VI, part 1 as the last of the Henry VI plays to be written). I read the whole War of the Roses tetralogy in order when I first read them, and had the good fortune of being able to see staged readings of all of the plays (I also saw the second half of the Henriad—Richard II, the two Henry IV plays and Henry V—as part of the same series).

Bottom line, no, you don't need the earlier plays in the Wars of the Roses tetralogy but you might find it useful/entertaining to have read them and I wouldn't discourage you from reading the Henriad (set earlier but written later) as well.

When you look at books that introduce Shakespeare to university students, you find the same picture. You will not find advice related to reading order based on plot in books such as the following:

Interestingly, Peck and Coyle devote a 34-page chapter to "Studying a history play", which opens with the following statement:

The Henry VI plays are omitted, which seems to imply that you can perfectly read Richard III (which is probably listed first due to its popularity) without having read the Henry VI plays.

PS: Note also that the plays Henry VI Part Two, Henry VI Part Three, Henry VI Part One and Richard III are known as the "first tetralogy", whereas the plays *Richard II *, Henry IV, Part 1, Henry IV, Part 2 and Henry V, which were written later, are known as the "second tetralogy". The naming of these tetralogies is not based on the chronology of the events that inspired them but on their order of composition. Indirectly, this also suggests that scholars don't care about plot-based reading order.

2
Is there a commonly accepted way to measure the relative "popularity" of Shakespeare plays?

2
Why is Richard a hunchback in Kevin Spacey's portrayal of Richard III?
4
Why is Richard portrayed without a hunchback in the 1955 Laurence Olivier adaptation of Richard III?
6
Is Harry Hotspur portrayed as a villain in Shakespeare's Henry IV, Part I?
7
Why does Anne call Richard a Hedgehog in Act I, Scene II of Richard III?
6
Who was the first scholar who used the term Henriad to refer to a subset of Shakespeare's history plays?
9
Is there any evidence that Shakespeare ever used a Spanish source for any of his works?
2
Is there a commonly accepted way to measure the relative "popularity" of Shakespeare plays?
7
Meaning of "Chaos" spoken by Richard, Duke of Gloucester (later Richard III)?
2
Resources for determining the meter of a line in Shakespeare