Meaning of “profitably watch the expression on the face of a ship's figure” in “Stolen Ingots”?

In "Stolen Ingots" in Dr. Thorndyke's Case-Book by R. Austin Freeman,the chief officer and the inspector were insisting on that they have captured the stolen ingots, but Thorndyke was a bit skeptical. His friend narrates the situation, saying:

The superintendent retired with wrinkled brows and presently returned with a screwdriver, a hammer and a case-opener. Very deftly he broke the seals, extracted the screws and prised up the lid of the case, inside which were one or two folds of thick canvas. Lifting these with something of a flourish, he displayed the upper pair of dull, yellow bars.

"Are you satisfied now, sir?" demanded Badger. "Or do you want to see the other two?"

Thorndyke looked reflectively at the two bars, and the two officers looked inquiringly at him (but one might as profitably have watched the expression on the face of a ship's figure). Then he took from his pocket a folding foot-rule and quickly measured the three dimensions of one of the bars.

A ‘ship’s figure’ is a carved figurehead. Its expression cannot change so there is nothing to be gained or learned from watching it, as it will always look the same. It profits an observer nothing to watch it. 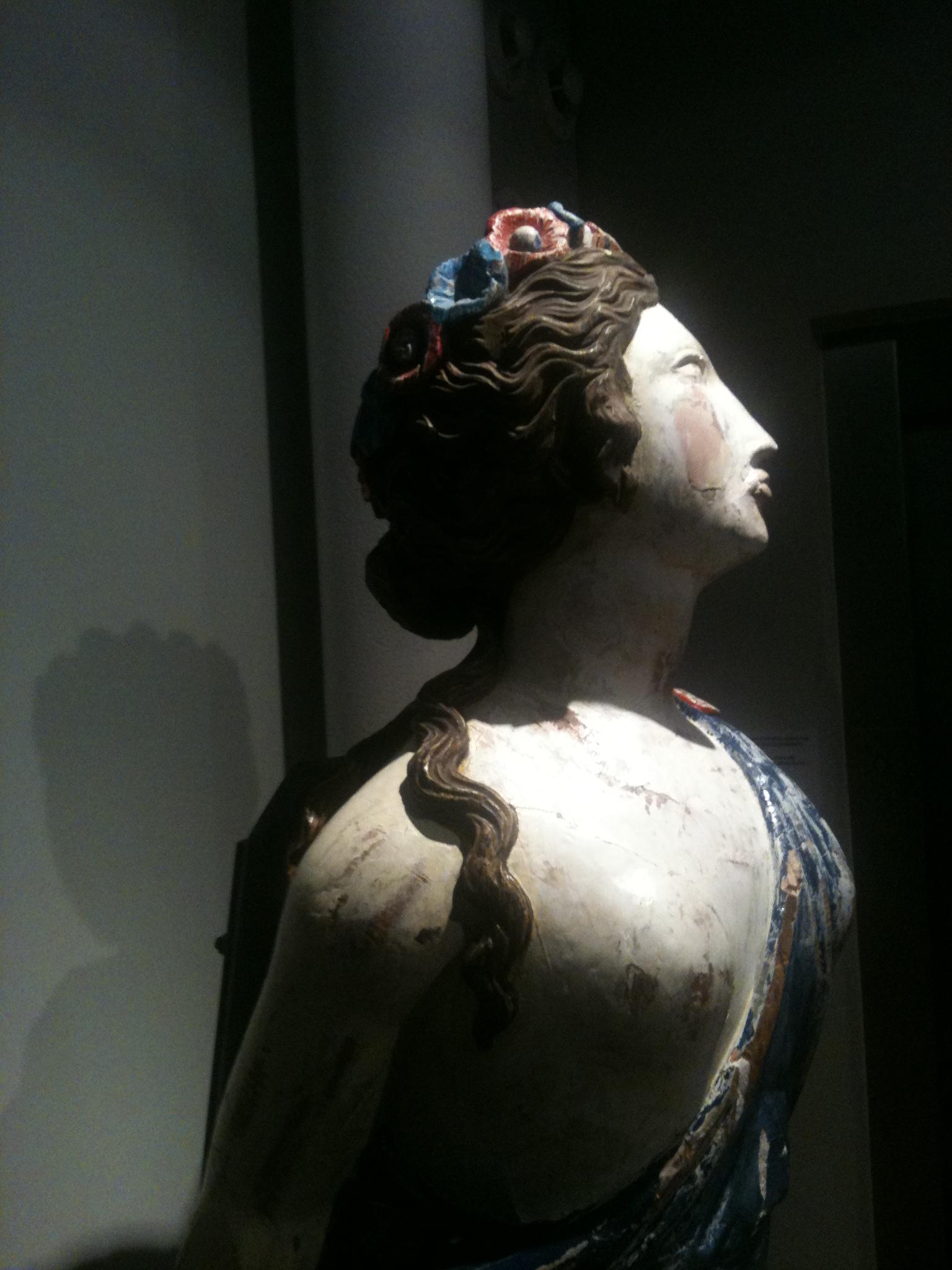 Not the answer you're looking for? Browse other questions tagged meaning r-austin-freeman dr-thorndyke or ask your own question.