What are “half-tips to the heels” in “The Touchstone”?

In "The Touchstone" in Dr. Thorndyke's Case-Book by R. Austin Freeman, Thorndyke and his friend, Gervis, found a print of a boot with an iron toe-tip on loam soil, then they found another print that had, in addition to the toe-tips, half-tips to the heels.

I found by research that these are the toe-tips as shown in this first image, 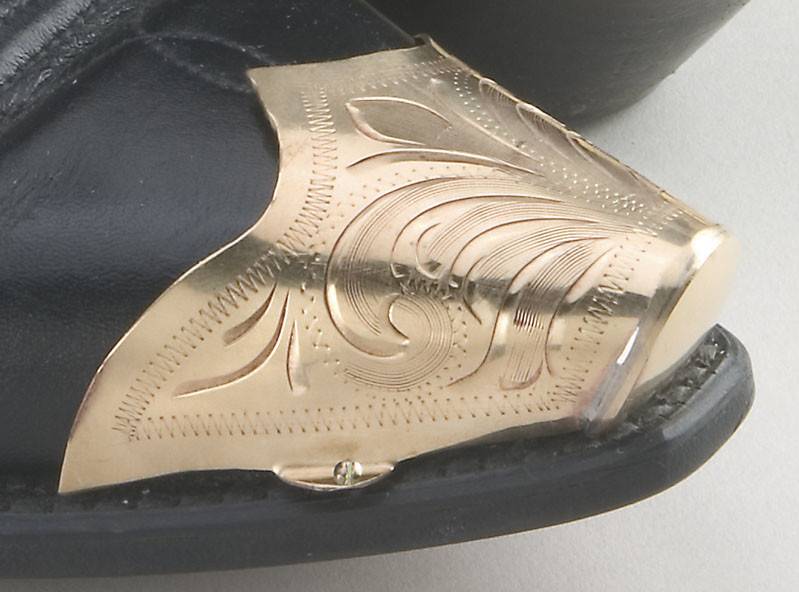 but I didn't find results for "tips to the heels", especially these "half-tips", except the rubber tips that fit to the below surface of the heel, as shown in the second image. 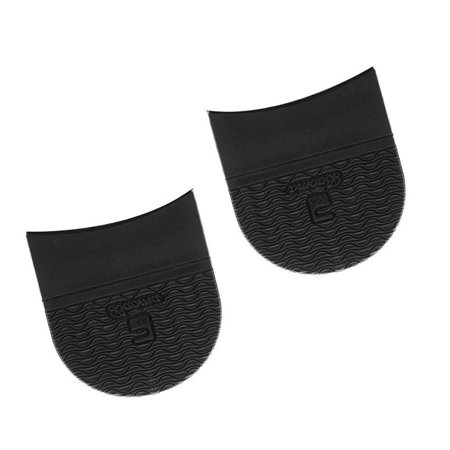 But I think that the author meant "heel caps" that fit around the heel, as shown in this third image, didn't he?

Or did he just mean that both the toe-tip and heel-tip were fitted under the boot like that image? 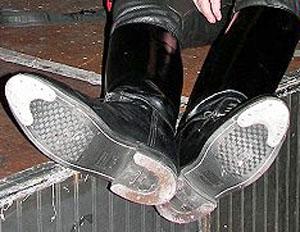 But these are called "taps" not "tips"!!

It’s clear from the context that the “tips” were on the underside of the boots:

In the shady hollows, the soft loam bore prints of many feet, and among them we could distinguish one with an iron toe-tip, but it was nearly obliterated by another studded with hob-nails. […] And here we both halted abruptly, for in the damp ground were the clear imprints of a pair of boots which we could see had, in addition to the toe-tips, half-tips to the heels

The decorative toe-tip illustrated in the question could not have left a mark in the soil, as it is fitted to the upper part of the boot. (I guess it is intended to protect the toe of the boot from the metal stirrup when riding a horse.) Later in the story Thorndyke says:

“I suppose you noticed his boots?”

“Well, I did. I watched his feet constantly, and when he crossed his legs I could see that he had iron toe-tips on his boots. That was what gave me confidence to push the cross-examination.”

If the tips had been on top of the boots Thorndyke wouldn’t have needed to wait for the suspect to cross his legs.

So the last photo in the question is the right one. For evidence that these metal plates were known as “tips”, I submit the following passage from The Art of Boot and Shoemaking (1889):

Gare’s Patent Heel Tips are suited to the wear of both feet—in other words, they are rights and lefts. As will be seen, advantage has been taken of the knowledge that the heaviest wear falls upon the outside of the boot or shoe, and there, as Figs. 53 and 54 illustrate, extra metal has been supplied. By the lightening of the inner range, this great advantage has been obtained without materially increasing their weight. They are made from the best malleable iron, and are easily attached. […] 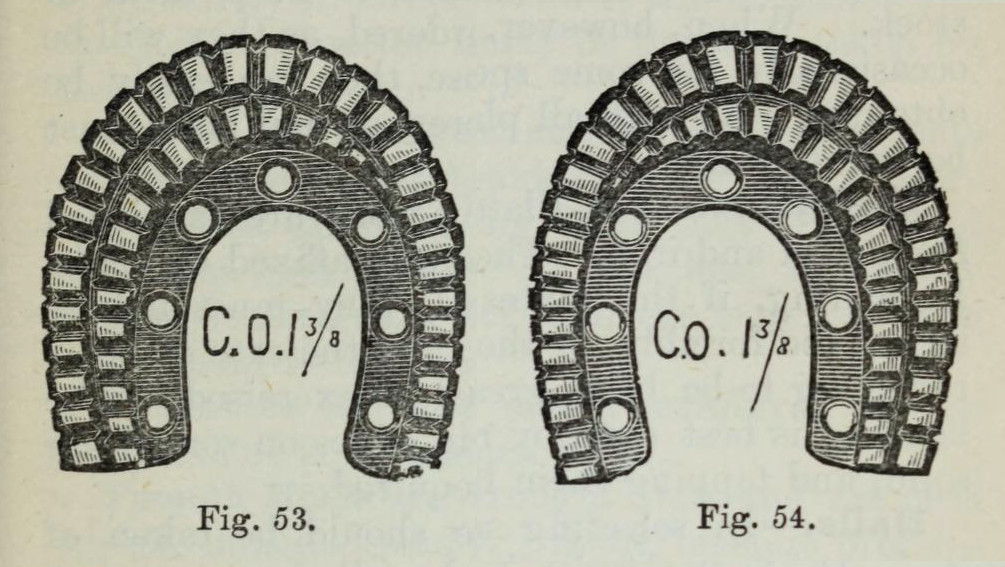 Whole Tips.—Top pieces are not used when whole tips are employed, their interim spaces being filled in with leather level to the height of the tips.

Half or Quarter Tips.—In making provision for either a half or quarter tip, it is usual to place the one or the other upon the top piece, score it round with the dull knife, and cut away till level.

I guess that a “half tip” is so called because it only goes halfway round the heel, and correspondingly for a “quarter tip”.

Not the answer you're looking for? Browse other questions tagged meaning short-stories r-austin-freeman dr-thorndyke or ask your own question.