What is the original Korean title of "The Tiger and the Persimmon"?

This short Korean folk story has been variously translated into English:

I don't know anything about the Korean language, how plurals and articles work and whether there's a different word for dried persimmons (like raisins vs grapes in English). What is the most accurate translation or way of referring to this story in English? With or without "the", "dried", or pluralisation?

In Korean, the story is called 호랑이와 곶감. I would personally go with the translation: “The Tiger and the Dried Persimmons", but this isn't the exact translation.

First, I’ll address the food, because it’s simpler. In Korean, it's called 곶감.
There are actually four types of persimmons enjoyed in Korea, but I'll just explain the two types. 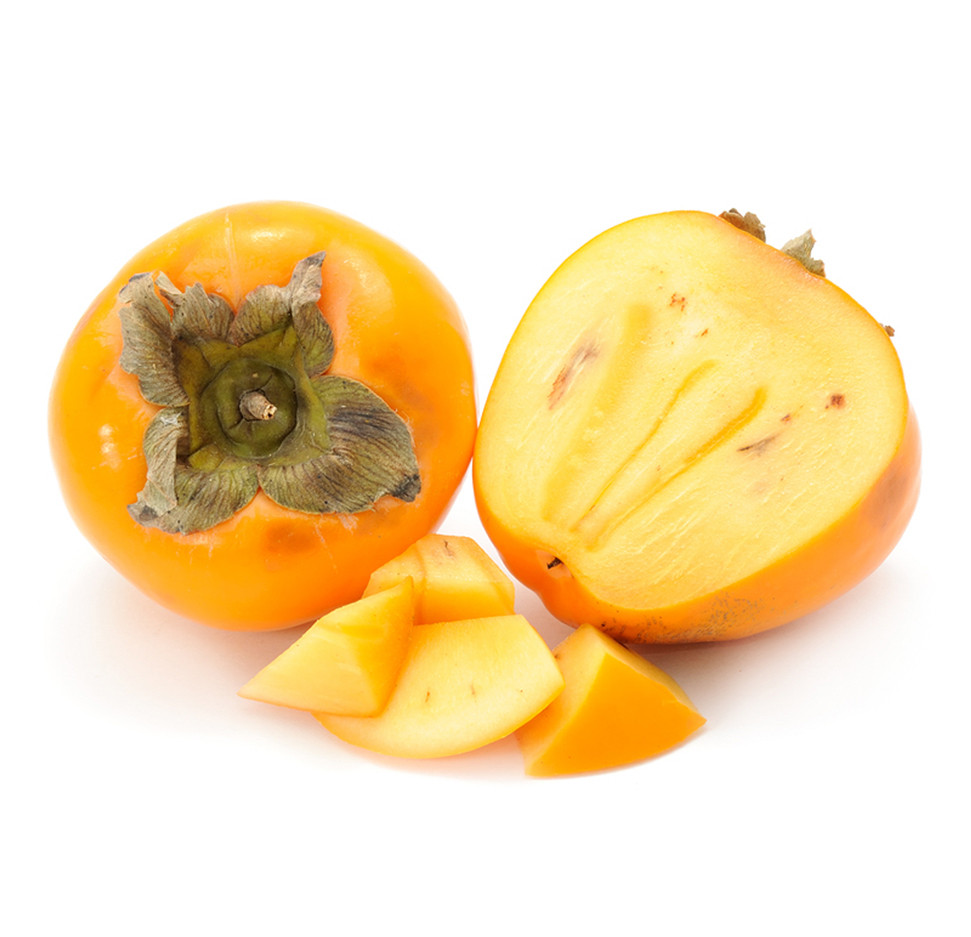 As a fun fact, (at least back when I was a kid) the color orange is more commonly associated with this fruit than the fruit itself!

When you leave this specific variety of persimmon outside for it to dry for weeks during the end of fall/beginning of winter (around the first or second week of November, it's considered winter there), the water basically evaporates and sugar builds until it literally becomes like a raisin. Except it's WAY better than raisins. You can look up pictures online. The white stuff you see on the surface is actually sugar from the persimmon! This variety is called 곶감 in Korea, like in the title of the story. (As a quick aside, I have no clue why it's called the way it is. I always just assumed it's because it kind of looks like the word 곶?)

Regarding the actual language: The most literal translation of this title would actually be “Tiger and Dried Persimmon” or “Tiger and Dried Persimmons” (though 와 by itself can also mean "with"). You see, Korean doesn’t have articles such as “a”, “an”, and “the”, and they also don’t really have plural forms. The importance of how one knows something is plural is MOST dependent on the context that is given. Take this question for example:

In Korean, this is just,

자녀 있어요?
It's translated as "children" but it can also just be "child". That's why I say it's either "persimmon" or "persimmons".

What about the tiger though?

You can assume that there is just one tiger in this story. It's due to the first part "호랑이와". If there were more than one, normally it would specify (다섯 호랑이와; "Five Tigers and....") or a more general plural (호랑이들와). But adding "들" is normally only for talking about a general plural number of tigers, not as a result of an inflection. The usage of "들" is kind of situational and also doesn't apply to every noun (I can't think off the top of my head the ones that work) and it's only to make sure that people know there are more than one of the subject discussed.

So why would I go with the plural form of persimmon? Because typically in English (from my knowledge) you use plural form when there is an unspecified or unknown amount of something (whether there is just one or not). It’s like how you ask “Do you have children” as opposed to “Do you have a child”. Since Korean doesn’t differentiate between most plural forms, I’d just go with the plural. Add the articles for the sake of grammar.

Not the answer you're looking for? Browse other questions tagged translation title folk-tales korean-literature or ask your own question.

11
For works translated by the original author, how common is it for additional translations to exist? What might these translation add?
15
Should I read the English translation of "Khasākkinte Ithihāsam" first, or the original?
7
How much of the original verse is lost in Fitzgerald's translation of The Aeneid?
3
Are the sun and moon generally personified in Korean folklore, or just in this origin story?
7
What religion is suggested by the "God" in the Korean sun/moon origin story?
4
Are some works of literature almost impossible to translate correctly?
2
What is the correct translation of the title "Les Fourmis" by Boris Vian?
4
Which Premchand stories are written in Hindi and which in Urdu?
5
Why has this Premchand story been translated as both "Catastrophe" and "A Positive Change"?