Identification of an American comics strip about mathematically shaped pancakes

When making crèpes for my children this morning, I recalled a comics strip I would like to identify.

It is American, contemporary and I saw it a few years ago.

It features a father who is about to make pancakes for his children. There are at least three of them, with a girl being the youngest (about 6-8 yo) and she has a big brother (and one+ other sibling).

The father is asking the children which shapes he should make the pancakes. The older ones ask for normal shapes and the younger one - for a complicated mathematical composition.

The father then asks one of the kids to hold his laptop so that he can check what this is. The older brother who is at the table with the young girl tells her that Wikipedia should be grateful (or something like that) for the traffic she brings them.

Just to over-explain the joke, the Poincaré disk model of the hyperbolic plane with heptagons looks like this: 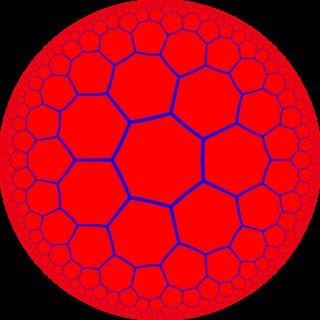 When I read your description, it sounded very much like a Bill Amend joke, so I Googled foxtrot pancakes and it came up. Jason is not female, but his big hair could be mistaken for that.

4
Complete, single book of Peanuts comics?
5
Identification of an American short story about a horse that can't carry two train robbers
3
What movie is Holden describing?
7
Trying to find a comic strip about "What your clothes say about you"
8
Book set during the Black Death: nine travellers each with a secret
6
Are the Asterix comics about a drug culture?
5
Mad Magazine comic strip about a boy pondering over existence (and "I think, therefore I am")
4
French comic about a Native American prisoner