How 'human' are the animals in The Wind in the Willows meant to look?

I always imagined the animals in Kenneth Grahame's The Wind in the Willows - Mole, Ratty, Badger, Toad, and so on - to be actual animals, clearly anthropomorphised to some extent (walking on two legs, able to row boats and drive cars, and so on) but still essentially anatomically nonhuman. So I was quite surprised to read the following passage in Chapter 12 (emphasis mine):

[Toad] sang this very loud, with great unction and expression; and when he had done, he sang it all over again.

Then he heaved a deep sigh; a long, long, long sigh.

Then he dipped his hairbrush in the water-jug, parted his hair in the middle, and plastered it down very straight and sleek on each side of his face; and, unlocking the door, went quietly down the stairs to greet his guests, who he knew must be assembling in the drawing-room.

In the real world, toads most definitely don't have hair. So this passage suggests that the author might possibly have imagined Toad as more of a toad-like man than an actual toad on two legs.

What further evidence is there in the text (or in quotes from the author, if any exist) for the level of 'anatomical anthropomorphisation' in the animals of The Wind in the Willows?

I can't comment on the illustrations, but on examining the text, it seems clear that the author intended the animals to be very human indeed.

When Toad shows the other animals round is canary-coloured cart early in the book, several things are mentioned that would be quite ridiculous if Toad and his companions were to be imagined as animal-like (emphasis mine):

Meantime Toad packed the lockers still tighter with necessaries, and hung nosebags, nets of onions, bundles of hay, and baskets from the bottom of the cart.

Little sleeping bunks--ablittle table that folded up against the wall--a cooking-stove, lockers, bookshelves, a bird-cage with a bird in it; and pots, pans, jugs and kettles of every size and variety.

These objects would vastly outsize a toad or mole if they were to be imagined as animal-like or animal-sized. Not to mention to be of little use to them. So Grahame wants the reader to imagine beings that are basically human in aspect, but with the physical features of animals.

In my copy there is a drawing which shows the illustrator took this description quite literally. 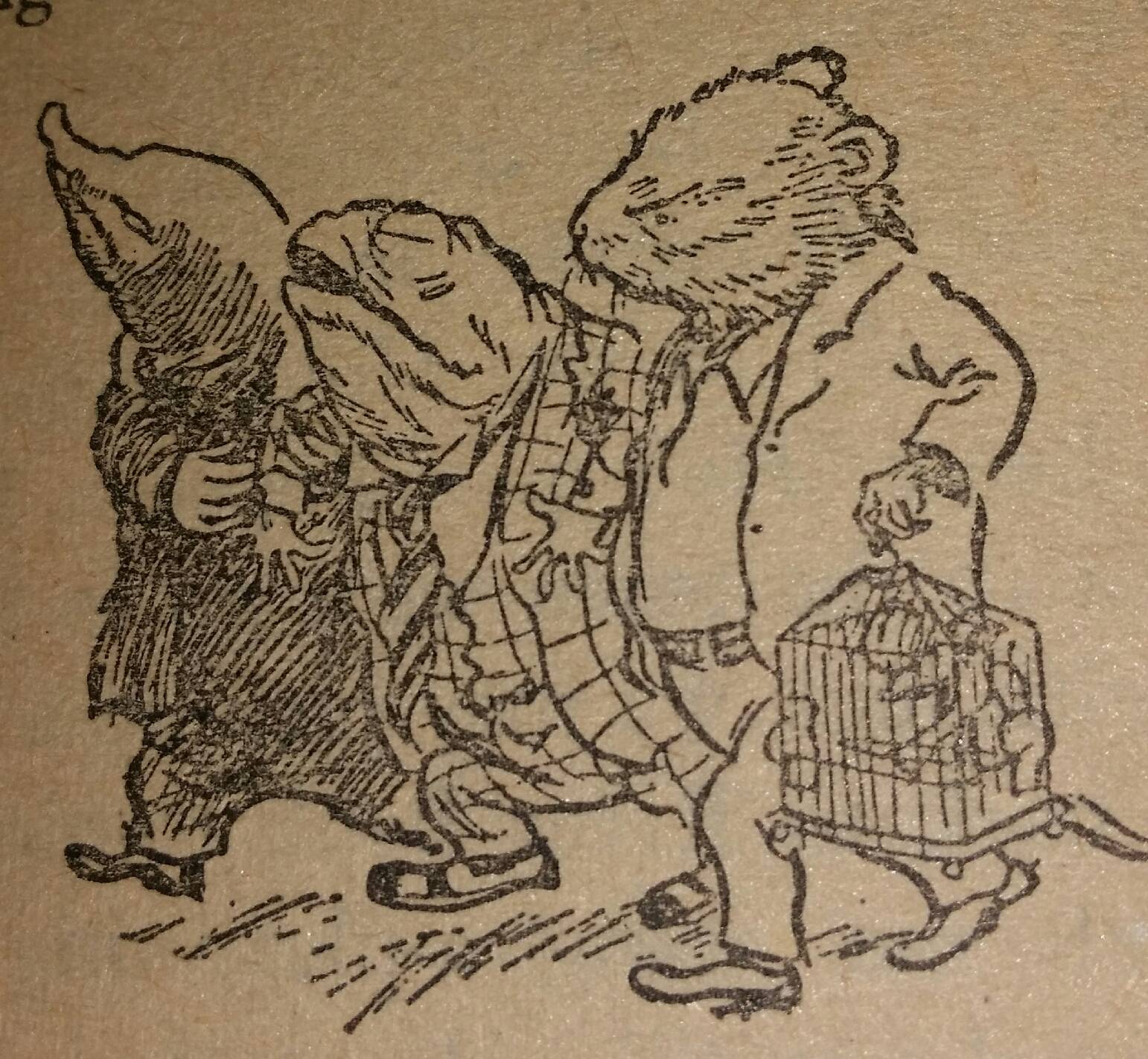 Later, during Toad's encounter with the Washerwoman, she doesn't at first even notice that he's a toad.

The woman moved nearer to him and peered under his bonnet keenly and closely. 'Why, so you are!' she cried. 'Well, I never! A horrid, nasty, crawly Toad! And in my nice clean barge, too! Now that is a thing that I will NOT have.'

Even disguised by a bonnet, we can't possibly imagine that someone would fail to notice if the person they were talking to were a toad, unless it was a very, very human-like toad.

The whole of Toad's escapade with the car also lends weight to the perception that he is extremely human in aspect. He can drive an ordinary car. He can be arrested and sentenced and sent to jail without any of the humans he encounters batting an eyelid.

Of course, the book is a fantasy and Grahame emphasizes and de-emphasizes the animalistic qualities of his characters as it suits the narrative. But it seems there can be little doubt that when it suited him for them to appear human, the animals are supposed to be extremely close to an actual human.

UPDATE: I noticed that the OP's quote isn't the first time that Toad is mentioned as having hair in the book. When he wakes up after his night the wood following his escape:

He shook himself and combed the dry leaves out of his hair with his fingers; and, his toilet complete, marched forth into the comfortable morning sun, cold but confident, hungry but hopeful, all nervous terrors of yesterday dispelled by rest and sleep and frank and heartening sunshine.

And right at the end of my copy, I found an illustration which does appear to show the Toad with hair: 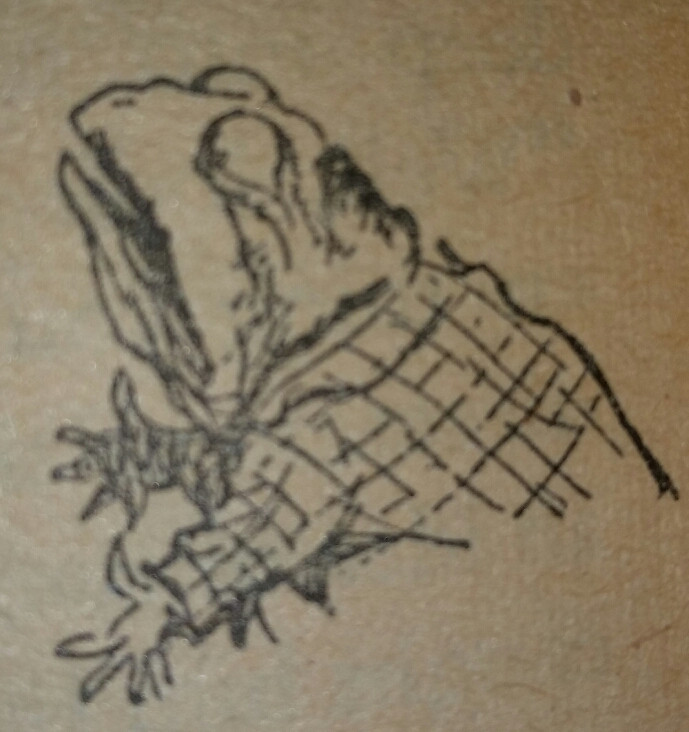 Not the answer you're looking for? Browse other questions tagged kenneth-grahame the-wind-in-the-willows or ask your own question.

10
Did Ratty have a housekeeper?
10
The Piper at the Gates of Dawn, and Wayfarers All
14
In Wind in the Willows, why is Mole's garden full of Italian heroes?