What do you call the pages in a comic book/graphic novel that expand on the lore, provide biographical information or have concept art?

Many comic books and graphic novels contain several pages (usually at the end of the book) which may expand on the lore or may contain biographical information about the authors. Others may contain concept art. This is an example from Watchmen: 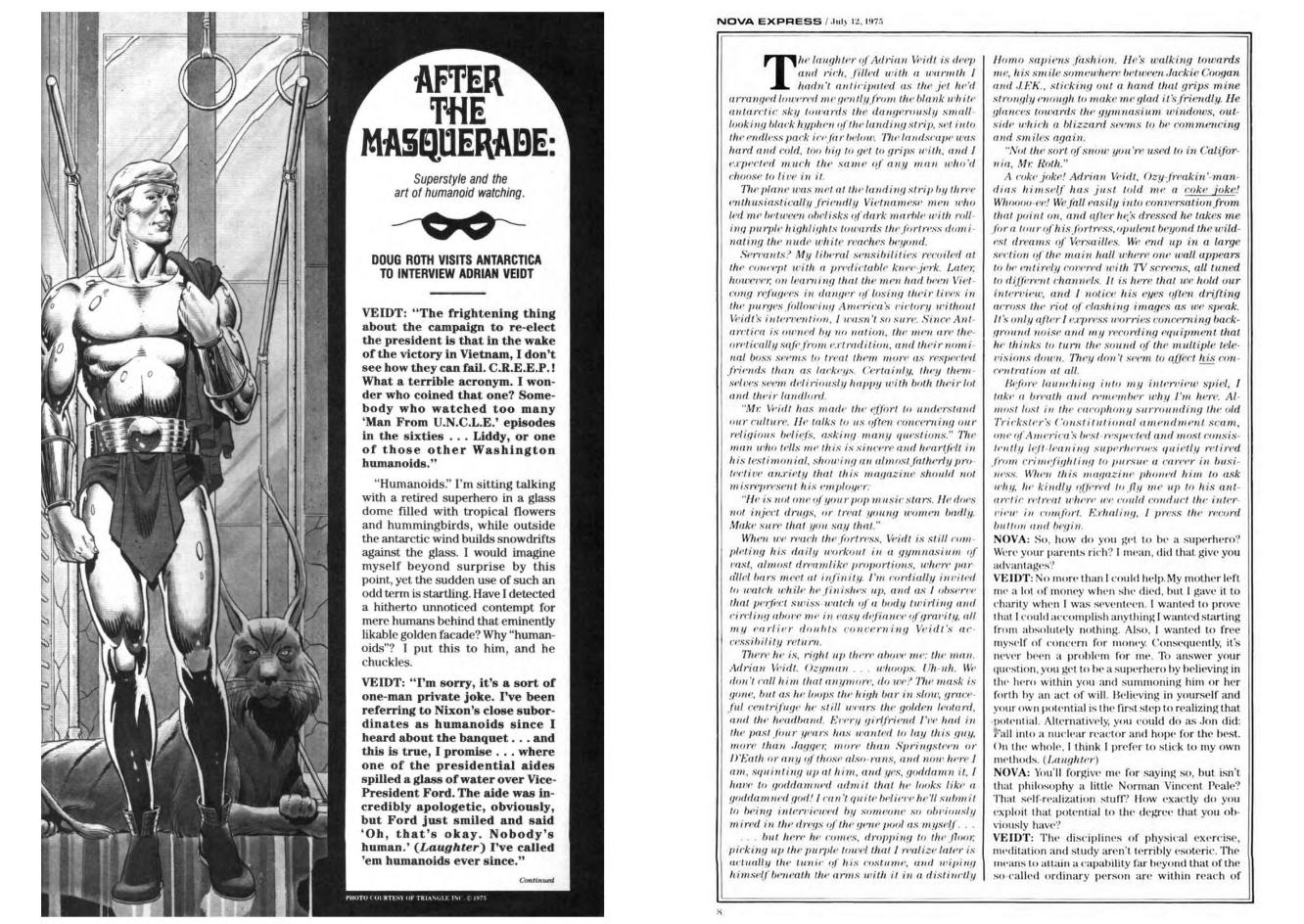 Is there a specific term for referring to these type of pages?

comics terminology
Share
Improve this question
edited May 23 '21 at 0:37

epilogue: From Merriam-Webster, "a concluding section that rounds out the design of a literary work."

More than you wanted to know

Anything that follows the main portion of a text is called end matter or back matter. My understanding is that the former term is more prevalent in the UK, the latter in the US.

End matter can include one or more of the following, usually in this order:

Of course a graphic novel or comic is unlikely to have endnotes, a glossary, a bibliography, or an index. With regard to the specific examples you have given, the pages which expand on the lore would be a postface or an appendix, depending on whether the author is explaining some details in the first person (postface) or whether the material is a non-essential expansion of the story (appendix). Since a graphic novel is a creative work rather than an academic or scholarly one, this kind of appendix is more specifically called an epilogue.

Author biographies, on the other hand, are simply author biographies and may appear in any number of places: cover flaps for hardcover books, back cover, at the end of the book, on the verso page behind the title page, etc. There is no special term for them if they appear at the end rather than elsewhere. Where they are placed depends on the book design and/or the convention followed by the publisher.

The terms end matter and back matter correspond to the term used for the preface, table of contents, etc. that appear before the main portion of the book: front matter.

I'm not sure it's the technical term, but I'd refer to pages like these as appendices. (Or an appendix, for a single section.)

Not the answer you're looking for? Browse other questions tagged comics terminology or ask your own question.

8
What do you call a break in rhyming in the middle of a book / poem for dramatic effect?
4
What is a term for an (occasionally lengthy) passage set between chapters?