What is the meaning of "inlooped flags" in a poem of Whitman (When Lilacs Last in the Dooryard Bloom'd)? He is describing the Lincoln funeral:

Coffin that passes through lanes and streets,
Through day and night with the great cloud darkening the land,
With the pomp of the inloop'd flags with the cities draped in black,
With the show of the States themselves as of crape-veil'd women standing,

Does he mean flags are looped over the coffin and covered it?

If you look at some of the pictures from the Funeral you will see that while the flags that are on vertical flag poles are flying at half mast as a mark of respect, flags that are on angled or horizontal poles, eg hanging out over streets, which cannot be 'half masted' are instead 'looped in' at the end so that they do not fly free.

It isn't universal, you will still find flags in the pictures that don't show this, but the funeral car and images from Pennsylvania Avenue and Broadway have examples. You will also see plenty of the black drapery the poem refers to on buildings. 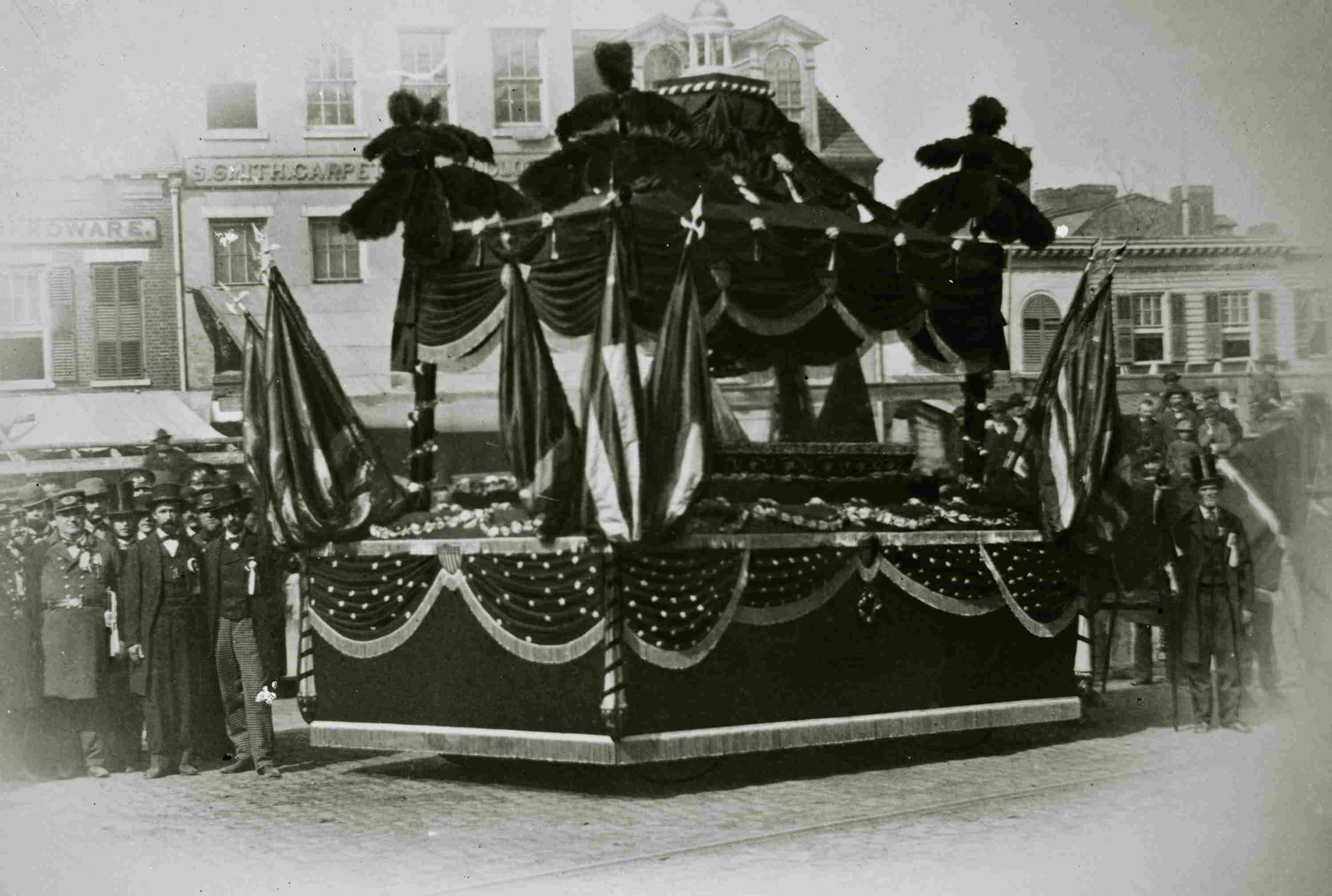 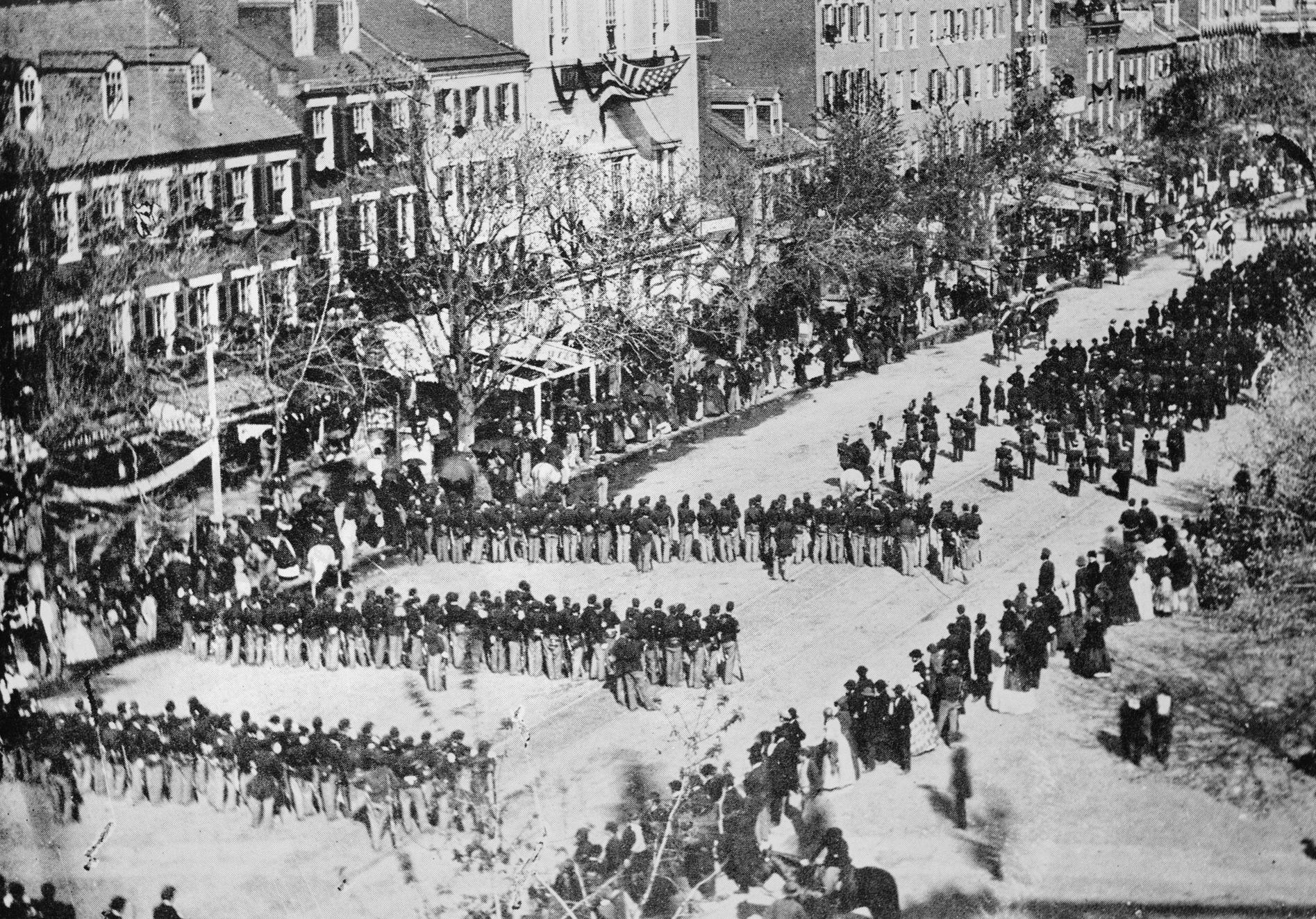 Not the answer you're looking for? Browse other questions tagged meaning poetry walt-whitman or ask your own question.

3
What does it mean to ask 'what is the subject of this poem'?
3
Opening lines of Gwendolyn Brooks' poem “Riot”
2
What is the meaning of the poem “Praxis” by Wendy Xu?
3
Some Problem about Whitman's Language
3
Meaning of “tally” in Whitman's “When Lilacs Last in the Dooryard Bloom’d”
4
What does “balks account” mean in Walt Whitman's “I Sing the Body Electric”?
2
What's meant by “the illusion of the chapel ended” in The Just Men of Cordova?
2
What does “a prophecy I was unable to read” mean in this context?