What are these letters in Unicode? 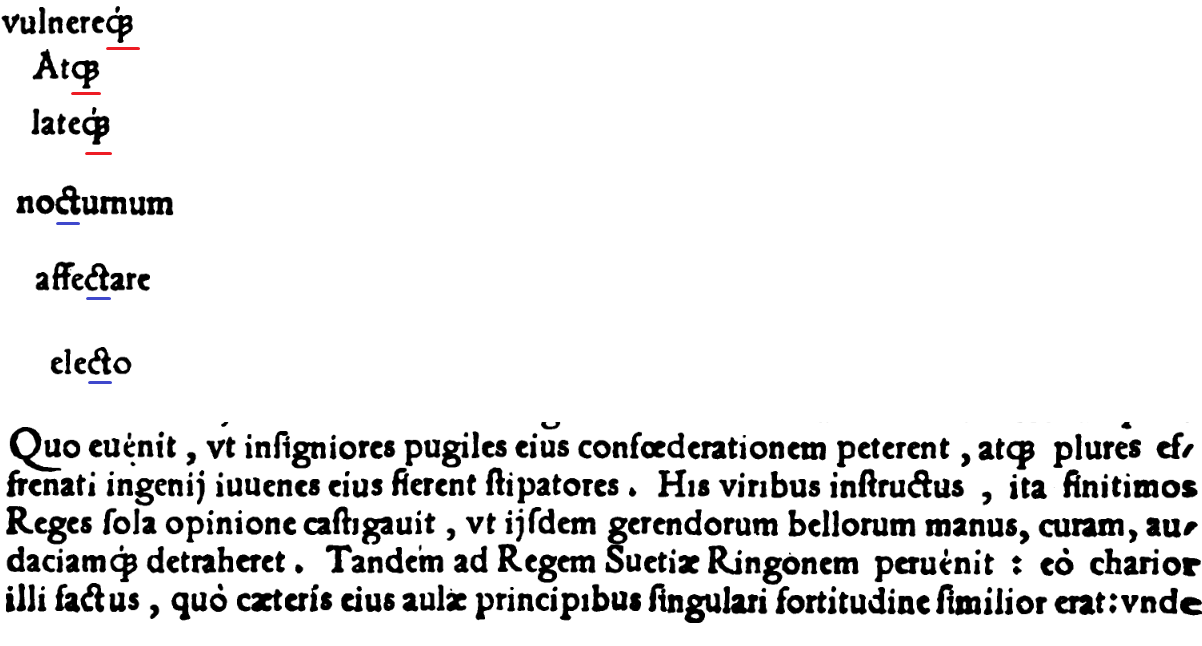 What are the two highlighted letters in Unicode? 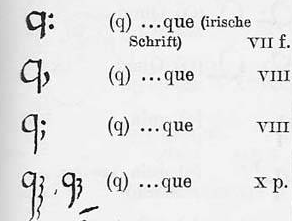 While the two previous answer gave an identification of the character, none seems to give the unicode codepoint of the first (the second is a ligature and not encoded, just an ordinary c and t together. The que abreviations is q, followed by ꝫ U+A76B LATIN SMALL LETTER ET. It was proposed in L2/06101 with its capital counterpart Ꝫ U+A76A LATIN CAPITAL LETTER ET and many other medieval abbreviation characters. Many of these cribal abbreviations are encoded in the Latin Extended-D block.

Your examples would be

and the ones of @shoover whould be, in pure unicode text,

15
What is up with the oracle's prophecy in the story of Cupid and Psyche?
3
What/who are the exact sources of inspiration, deriving from Antiquity, for Fables, written by La Fontaine?
7
What does Thomas More try to do with Greek puns in Utopia?
3
What are the sources for these six ancient Roman rhetorical tools?
7
What percentage of Latin texts from Antiquity constitute literature?
1
Where are the Rosicrucian Original Texts in Latin or German (online or offline)?
3
Is Ant-Man a Myrmidon?
3
What is the difference between the narration of the Fall of Troy in The Aeneid, The Iliad, and The Odyssey?