Does 'In a Grove' assume that dead people don't lie?

'In a Grove' is one of Ryūnosuke Akutagawa's best-known short stories, partly due to Kurosawa's film Rashomon.

In this short story, we get several accounts of the death of samurai Kanazawa no Takehiro. The three people who could have witnessed his death (his wife Masago, the robber Tajōmaru, and the samurai himself) give contradictory accounts of the events. Kanazawa no Takehiro's version is presented as that of a dead man's spirit as told through a medium.

What is not clear to me is whether Akutagawa or contemporary culture (early 20th century) assumed that a dead man's spirit wouldn't lie. If so, the samurai's version would seem to be authoritative, unless the medium is unreliable. If not, it would seem that the truth cannot be found.

Personally, I have not found any early 20th century Japanese literary work that has the notion of "the dead don't lie".

One would assume that dead people do not lie because they lack such motivation. However, in the story of 'In a Grove' (『藪の中』), Takehiro does seem to have a motivation to lie and the motivation is similar to that of others: he wants to be viewed as an honorable person.

The bandit Tajōmaru wants to appear to be a swordsman with skill and honor, so he says he released Takehiro and finished him in a duel. Similarly, Takehiro may not want to be viewed as an inferior swordsman who could not protect his wife, so he says he committed an honorable suicide.

So in this case I would say Takehiro does have the motivation to lie, and I think this is exactly the point that Akutagawa tried to criticize: among all kinds of ways people try to glorify themselves, the notion of absolute truth is shattered. This may be related to the Fin de Siècle movement, which Akutagawa himself briefly mentions in his work 'Cogwheel' or 'Spinning Gear' (『歯車』).

Many compare 'In a Grove' to Naoya Shiga's 'Han's Crime' (『范の犯罪』), which explores the similar topic. You may want to take a look.

No, it's left open whether the samurai's account is also partially untrue.

Obviously, most people encountering 'In a Grove' are coming to it as one of the great examples of conflicting accounts and unresolved narrative in world lit. If the samurai's narrative were simply accepted as what actually happened, that clarity and resolution would undercut the main point of the work as most people approach it.

Less obviously, that can seem fine on a first read-through. The most obvious issues for modern readers (the medium's legitimacy and lack of personal interest) seem taken completely for granted. The samurai's account comes last, resolves the issues of the other obviously biased accounts, and leaves some incompletely understood details that a liar might be expected to just clarify as they go. From a femcrit perspective, the samurai is the noblest character of the same gender as the author and could be presumed to be the one he most identified with. On this reading, the spirit serves as the detective wrapping up whodunnit for the police commissioner. The force of the story then becomes only how readily, rapidly, and deeply the reader's sympathy has been shifted among the characters on the way to the resolution. 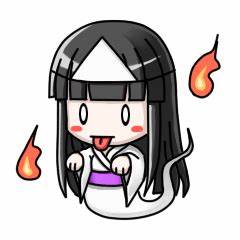 Still less obviously, the question above supposes that an important factor might be the way spirits are looked at by traditional or modern Japanese culture. Buddhist reincarnation not being a sure thing, Japanese folklore has plenty of ghosts (幽霊, 'dark spirits'). Despite having human motivations, though, the simple continued presence of the vengeful dead (怨霊) was usually considered evidence of their anger's legitimacy. The usual tack was to find some way to appease them as 'honorable spirits' (御霊) whether they seemed to deserve it or not. But the later story 'Cogwheel' shows that Akutagawa didn't only draw from Japan but was very deeply affected by Greek mythology and Christian legends, specifically and repeatedly namechecking Dante's Inferno in which the poet repeatedly encounters sinners who now openly acknowledge their wrongs even while periodically calling for some just vengeance. In this, he's well within the modern school: Eliot, Pound, and Joyce all repeatedly recall Dante. 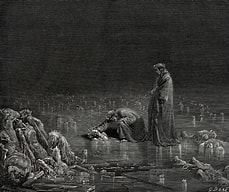 Having all said that, the samurai both omits key details and shades others to the point of lying. The medium begins their account medias res: omitting any mention of how the samurai ended up in the glade, they essentially concede it was to try to profit from grave robbery. Omitting any mention of how the samurai was tied up, the possibility is left open that it was through base cowardice rather than through any struggle at all. (The brigand, of course, still had reason to play that part of his story up.) Many readers will believe the wife's account of his furious glaring rather than his own recollection of tender signaling, although that can be chalked up to misunderstanding if you prefer. Most importantly, after his greed, idiocy, and probable cowardice, he botched his suicide. He survived indefinitely long until the arrival of the woodcutter or an unknown 7th party. You can give the samurai more credit by thinking worse of the woodcutter or other party, supposed that they had watched nearly everything and came in fairly quickly to rob the samurai of everything left by the quick exit of the brigand. On the other hand, one of the main reasons for ritual suicide becoming such a done thing in Japan in the first place (and presumably the brigand's concern in trying to leave male victims alive when possible) was to let the soul find honor and peace and move on without hanging around to haunt anyone. The very unrest of the samurai's spirit shown by his anger, jealousy, and continued presence shows that this suicide was yet another failure on that day, regardless of who the police inspector or reader finally fingers as the real killer. 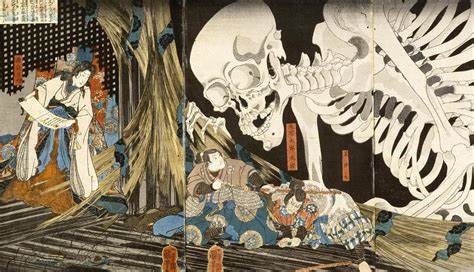 If [we can't trust the samurai's account], it would seem that the truth cannot be found

Nah. Readers can still piece together a throughline of the day in the manner of medievalists dealing with conflicting manuscripts or chronicles: Overlay the accounts to fill in each others' lacunæ and resolve contradictions that occur by particularly mistrusting whatever too obviously plays into a source's self-interest and biases. Essentially, this story plays out as if the truth of the murder is found by assuming the worst of everyone... including the vainglory of every person claiming to have killed the samurai and the guilt of at least one person who passes by it in silence.

And yet there's still no resolution: the rapidly shifting kaleidoscope of guilt and innocence that we do see shows that whether we end up thinking the woodcutter, the monk, the mother, some unknown party (or some combination!) killed the samurai (or allowed him to die) we still won't know the motivation that lay behind it, which might completely alter how we feel about the act whether as readers or judges. The mother is never directly contradicted but the details behind exactly how her daughter came to be married, why she was now traveling with the samurai to his homeland, why she might have feared to leave him alive... Any discussion of those could easily shift one's sympathies and allegiances completely regardless of whether the the older husband's spirit was bound to speak only true words from the beyond... and, of course at this point, why not suspect the impartiality of the medium even if you believe that some people could have such a skill?

This is a truly great short story not because it's utterly insoluble. It's a great story because it largely resolves the contradictions and problems that it at first seems to be about... while simultaneously pointing an implacable finger at the complete inadequacy of those answers to resolve the issues the reader is most concerned with (what is this to me? who am I rooting for here? who am I here? or now that I've been here?), given the ability of whoever speaks next or more skilfully to turn everything on its head one more time again.

Not that you should take my word for it. 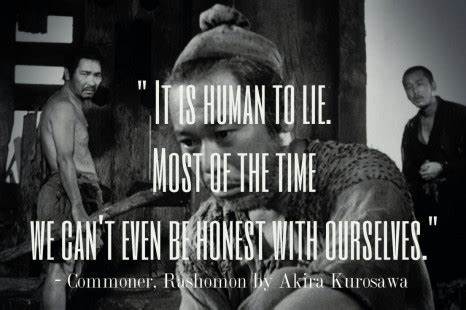 Not the answer you're looking for? Browse other questions tagged short-stories japanese-literature cultural-context religion ryunosuke-akutagawa or ask your own question.

7
What does the line "The magi brought valuable gifts, but that was not among them." mean in The Gifts Of The Magi?
5
Why, in "Dagon" by Lovecraft does the narrator say that the readers will "never fully realize"?
4
Why does Rajam Iyer lie about the bully at the end of "Fellow-Feeling"?
1
What does "To be clever in the afternoon argues that one is dining nowhere in the evening" mean?
3
What does "It's the Early Christian that gets the fattest lion." mean?