Middle-grade or YA book with a very smart teenager

I heard a description of a book in 2015 or 2016 in school. The target audience was probably 8-12 years old, but the teacher did say that it was more difficult than the other choices to read for 6th graders (which included Dark Life).

This book was about a really smart teenager (I believe 17) who I think was a thief/criminal. They (I think he) were committing a heist or stealing something, maybe a diamond. The teenager had a quite unique name. 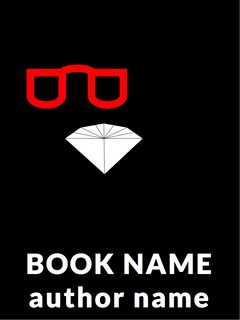 That cover with diamonds and glasses reminds me about the books by Jude Watson. She wrote a Scholastic book in 2015 called Loot with this cover. 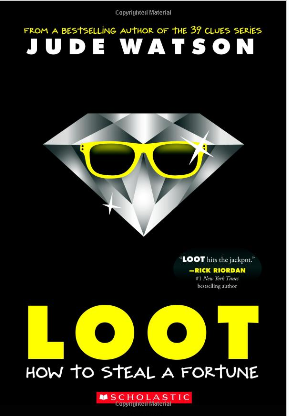 On a foggy night in Amsterdam, a man falls from a rooftop to the wet pavement below. It's Alfie McQuinn, the notorious cat burglar, and he's dying. As sirens wail in the distance, Alfie manages to get out two last words to his young son, March: "Find jewels."

But March learns that his father is not talking about a stash of loot. He's talking about Jules, the twin sister March never knew he had. No sooner than the two find each other, they're picked up by the police and sent to the world's worst orphanage. It's not prison, but it feels like it.

March and Jules have no intention of staying put. They know their father's business inside and out, and they're tired of being pushed around. Just one good heist, and they'll live the life of riches and freedom most kids only dream about.

There are a few differences though

Except for that it seems to be rather close.

Jude Watson also wrote a sequel called Sting about the same boy, and with a cover depicting a diamond wearing glasses. It has a blue color scheme, though.

Could this be "Artemis Fowl: The Seventh Dwarf", a novella/short story by Eoin Colfer for World Book Day 2004?

Here it is on Wikipedia. 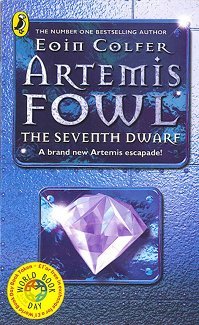 11
Which book has a main character named William in a church in a forest?
4
Book: smart science kid goes to Amazon, shoots bad guys with curare darts
5
Book that ends with the lines "Fall in love, it makes you brave. Ah, yes, very brave."
5
Middle Grade book read in 2001 about a US expatriate living in the mountains, at a border between countries
2
A novel with a female teenage protagonist with Middle Eastern recipes interspersed with the prose
5
Classic book about a rich, spoiled teenager who accidentally finds himself on a working fishing boat for a season
4
Middle school book where girl discusses Arabian Nights on a sleepover/camping trip